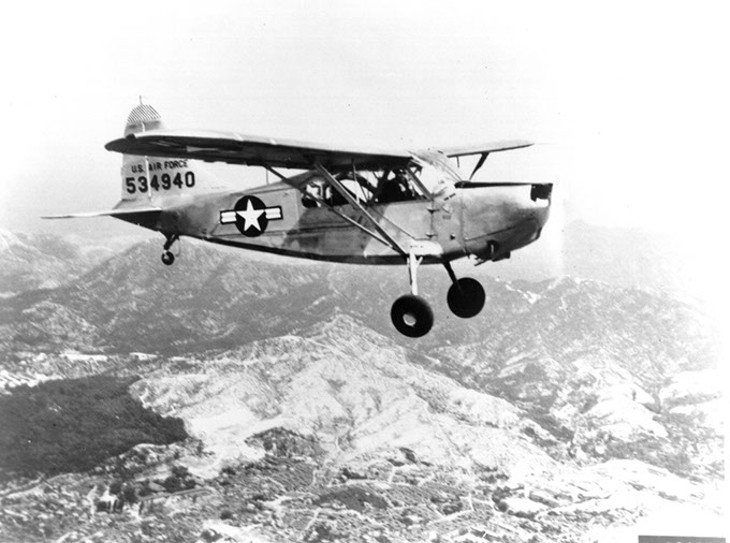 To honor the 75th anniversary of Tinker Air Force Base, officials at the massive military facility located east of S. Air Depot Road and north of Interstate 240 will pull all the stops.

This is, after all, a base that transformed the economy and enhanced the stature of Oklahoma City, gave birth to an adjacent city on its north side, provided substantial military support through several wars and survived multiple waves of base closures.

“We have events each month of the year to commemorate the anniversary,” said Marlin Zimmerman, public affairs officer for Tinker AFB. “It is also the 70th anniversary of the U.S. Air Force, so there’s two major things being celebrated there.”

Events launched Jan. 30 with historical presentations and a Science, Technology, Engineering and Math (STEM) day for grades 6 though 8 and continued Feb. 25 with the Team Tinker Half Marathon and 5K.

Friday, the annual Air Force Dining Out event is held on base and celebrates the relationship between Tinker AFB and community and business leaders. Also, the City of Midwest City and the air force base both celebrate 75th anniversaries with a gala April 28 and the Star-Spangled Salute Air Show 8 a.m.-5 p.m. May 20-21 featuring aerial demonstrations by the USAF Thunderbirds.

“We expect this to be a huge success,” Zimmerman said. “We put the audience for the last one at about 100,000, and we expect at least that number, I’m sure.”

Tinker Air Force Base came about in 1940 as the result of investment from a group of city leaders who, after learning the U.S. Army Air Corps was exploring options for building an air depot in the Midwest, acquired 960 acres of land and offered it to the federal government at no cost.

In addition, the group of Oklahoma businessmen led by Edward K. Gaylord, Stanley Draper, Wilbur Hightower, Tom Braniff and Frank Buttram agreed to construct roads and a rail spur to access the area. Convinced of the financial, logistical and strategic benefits of locating just outside Oklahoma City, federal officials announced their decision April 8, 1941, and a groundbreaking ceremony was held the following July.

Originally called Midwest Air Depot, the airfield was named Tinker Field in 1942. The entire facility was renamed Tinker Air Force Base in 1948 in honor of Maj. Gen. Clarence Tinker of Pawhuska, a member of the Osage tribe who was killed in early 1942 while leading a squadron of LB-30s against Japanese forces.

In response to the campaign to bring the depot to Oklahoma City, real estate developer William Paul “Bill” Atkinson bought large swaths of land to the north of the proposed area and began building single-family residences to house military and civilian populations working at the base. Atkinson named the town Midwest City in honor of the depot’s original name.

With military contractors like Douglas Aircraft employing upward of 23,000 civilian employees (half of which were women), new businesses like grocery stores sprang up to serve Midwest City’s new residents. Recent World War II veteran Nick Harroz opened a grocery store near the depot, which eventually became known as Crest Foods.

In March 1948, the year Tinker was given its current name, two F3 tornados struck the base. The first hit March 20, and while it missed most of the major structures, it caused about $100 million (adjusted for inflation) in damage. Five days later, another cell developed just west of the base and caused another $60 million (2017 dollars) in damage.

However, earlier in the day, the base issued a tornado forecast, which minimized injuries, deaths and material damage. This was the first tornado warning ever issued.

Today, Tinker AFB covers more than 5,000 acres and employs over 12,000 military personnel and over 15,000 civilian employees — effectively making the facility one of the top employers in Oklahoma.

Take all of that into account, and then include the economies of Oklahoma City, Midwest City and Del City and much of Choctaw, Harrah and Shawnee. Five generations of community residents have been impacted by the base.

“It’s the largest single-site employer in Oklahoma,” Zimmerman said. “You can’t swing a cat around here without hitting a current or former Tinker employee.”

Print headline: About that Base, Tinker celebrates its 75th anniversary with community events through 2017.