To legalize or not to legalize? That is State Question 820.

After several years of delays, Oklahoma voters will now decide whether adults can purchase cannabis without a license. 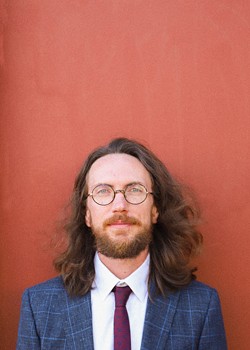 Oklahoma is just under six weeks away from voting on State Question 820, a citizen-led ballot initiative that could statutorily legalize cannabis for adults over 21 while placing a 15 percent excise tax on those sale and also provides expungement pathways for people with past legal entanglements from decades of what some would call over-criminalization in the state.

After years of revisions and court battles, SQ820 will now be the sole issue on the March 7 ballot.

SQ820 received overwhelming support in the signature-gathering stage of the petition process, surpassing the signature requirement by tens of thousands a month ahead of the deadline for the November ballot. Those efforts were thwarted by a newly outsourced signature counting process from the state and legal challenges that escalated to the Oklahoma Supreme Court. While Gov. Kevin Stitt did declare a special election for SQ820, he’s since reminded everyone cannabis is federally illegal and said that he does not support “a checkerboard of jurisdiction across the states.”

Stitt is not the only one speaking out against the measure. The topic is being debated in the industry, with the main concern being whether a recreational program could be a detriment to the existing medical program. Oklahoma Southern Baptists, the state’s largest religious group, have also come forth to condemn cannabis, saying that it “devastates communities, leaves families vulnerable and that states should protect people from the ‘proliferation of recreational marijuana.’”

A necessary distinction is the difference between medical and recreational cannabis. The terms “recreational” and “medical'' apply to how cannabis is regulated and sold, but its phytocannabinoids and their therapeutic properties/potentials don’t change depending on its market.

Legalization efforts would better be framed as “partial” and “full.” We currently have partial legalization in Oklahoma. Theoretically, there are would-be “patients” who could medically benefit from cannabis but who do not want to be on government registries and therefore risk some level of penalty for possessing or consuming cannabis. Those from outside Oklahoma that visit the state and possess cannabis also risk a penalty for possessing and consuming it. Legalizing adult-use would expand access to these groups of adults of legal age. Moreover, full legalization is the only thing that has the potential to eradicate what remains of a local black market, capturing that revenue for the benefit of our state.

The opposition to recreational cannabis has grown out of longstanding prohibition here, until recently enforcing some of the most punishing criminal cannabis codes and harshest possession penalties in the country. A second offense of possessing any amount of cannabis was a felony less than five years ago. Even since the passage of State Question 788, the National Incident-Based Reporting System data shows there have been 14,847 arrests related to cannabis in Oklahoma – 86 percent of which were for possession. Oklahoma’s cannabis laws have long robbed people of their rights and civic status, separated families, made it harder to get jobs, housing, and custody. This still has not been corrected.

One of the most important decriminalization aspects of SQ820 is its retroactive application. Former convictions that would not be illegal under current laws would be eligible for expungement, resentencing or dismissal. The court would be ordered to process requests without prejudice or delay, without hearings or hassle and all outstanding fines and fees associated with the conviction would also be waived. The retroactive application provision transforms felonies into civil infractions and that alone transforms peoples’ lives, returning to people their dignity.

SQ820 would also bring new opportunities to industry participants. Current cannabis margins are thin, with a massive supply-and-demand imbalance that continuously forces out small businesses. Full legalization allows business owners to create new revenue streams, as expanding access means expanding customer bases. For some, passing SQ820 would be like throwing a life raft to businesses currently on life support. While it’s true that companies would have to apply and pay to hold an additional adult-use license, a true medical market could also emerge while every owner would be able to cast a wider net, carving out niches and creating space for themselves. Opportunities could be created overnight that do not currently exist in the existing framework.

Also, cannabis tourism is projected to be a 17 billion dollar industry moving forward. Oklahoma has a chance — if it so chooses — to become a cannabis destination before federal legalization opens the floodgates.

The fifth most valuable cash crop in the country, capitalizing on trends during boom times has historically helped agricultural states like ours by infusing rural communities with cash.

To recap, we can help a) eliminate the black market b) provide a lifeline to struggling small business owners and c) expand our state’s agricultural and tourism opportunities, and d) restore civic statuses and rights to thousands of Oklahomans.

SQ820 would provide an immediate social and economic impact that we can continue to build upon through legislative engagement.

In 2018, Oklahoma overwhelmingly voted for a medical cannabis program. In November, only two of the five states with legalization measures on the ballot voted to approve them.

Legalization is about safe access, economic development, freedom, justice and providing opportunities that Oklahomans otherwise wouldn’t have been afforded. We, as voters, now get to decide whether we’ll deliver it.