Tour life comes at a real cost for local artists 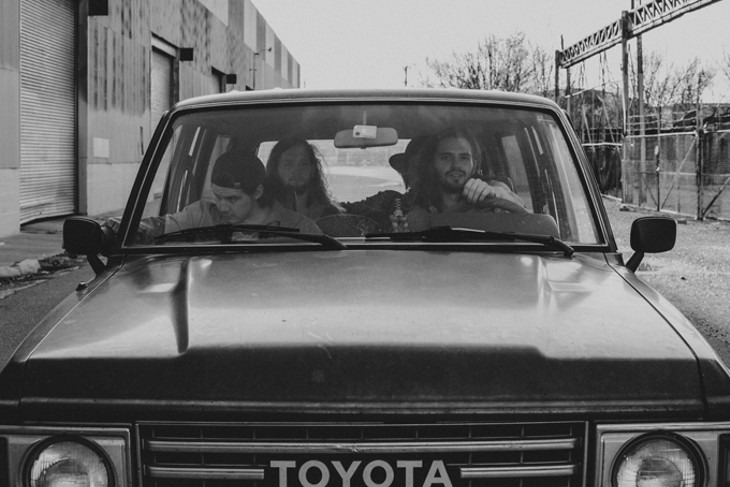 Being a working musician is not easy. To make a living at it, you must be creative, emotional and constantly watch the world, translating its actions through words and vibrations created by manipulating carefully constructed instruments. It also helps to lack or have firm control of any sense of stage fright. The ability to work well with others also is useful.

Those are the initial demands one might point to when contemplating life in music and would be correct. However, they represent the creative aspects of the working musician. When it comes to the “working” part, particularly on the road, the days and nights are often marathon stints of being uncomfortable, spending long hours on the road, hauling heavy equipment and performing in hot venues.

All of it is costly. Bands and artists looking to make a name for themselves either see razor-thin profits or overall losses, the price of being seen and heard. For many, it is a true labor of love, a passion supported by second jobs that have to be scheduled around.

So when these artists do go on the road, how much does it cost?

“Phillip and I do basically all the planning. We will have a meeting where we will map out everything we’re doing, everywhere we’re going. We have a pretty tight itinerary when we go out on tour,” said 27-year-old Tulsa musician Fiawna Forté about how she and her husband and bandmate Phillip Hanewinkel develop tour schedules.

“I basically go through and budget everything. Budget gas, food, lodging, a van, every little detail, and then I add 20 percent on top of it.”

Obviously, transportation is key when touring. Forté said she usually rents vans from other musicians, often at a discounted rate. For a two-and-a-half-week stint, it still adds up. 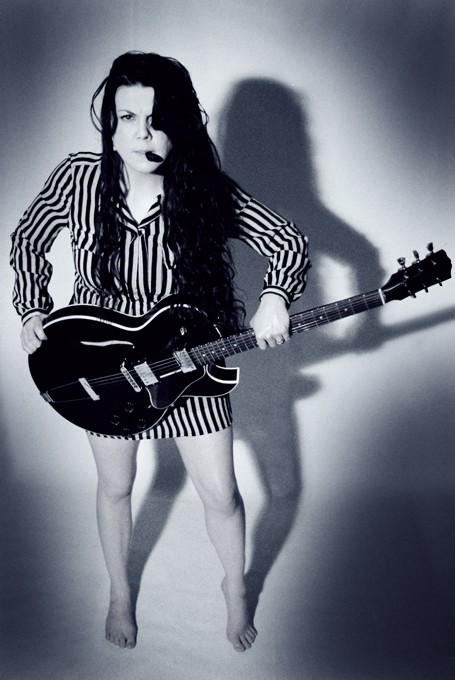 Other bands use what they have available. Space4Lease, a space-aged, psychedelic four-piece rock group out of Oklahoma City, combines an everyday vehicle with a lucky gift.

“One of our cars, a Dodge Durango, and a trailer, probably a 10-foot by 8-foot, is what we travel with,” said guitarist Walt Blythe. “Brandon’s (Brewer, bassist) dad used to be in a band out in Nevada. We kind of have some hand-me-down gear from him, and the trailer is one of those.”

Along with using your own vehicle comes the cost of upkeep such as oil changes and tire changes, pains we all experience, yet touring haunts musicians with these cost more frequently.

Fueling these vehicles are musicians’ largest expense while on the road. Even with the recent rise in prices, gas is still in a comfortable rate at around $1.80 a gallon in the Oklahoma City area, compared to a high of $3.52 a gallon in July 2014. A price drop of almost half allows bands to add dates onto their tours.

Forté remembers the high prices during a past trip.

She said a two-and-a-half-week tour starting in Tulsa, including dates to and from New York City, usually costs between $1,000 and $1,500 in gas.

Not only is she fueling a van to take her, her husband and two other bandmates to the northeast and back, it is weighed down with multiple electric guitars and basses, an upright bass, amps, drums, cymbals and stands and other equipment and supplies. Every pound makes the gas light come on a bit more quickly.

Before the tour can kick off, most, if not all, of the tour needs to be paid for.

“We save up. We work our asses off and save up to pay for the entire tour before we even go,” Forté said. ”For the last big tour we did, it was probably close to four grand that we spent.”

Forté and Hanewinkel are interior painters specializing in faux painting. They also use money made by playing local venues and album sales.

“Usually, our budget for one day, gas and food, is $100, give or take a little, depending on where we eat and how far we’re traveling,” Blythe said.

The band’s tours take them to Arkansas, Kansas and Colorado, though the group plans to expand east to Memphis soon. Keeping the trips short allows Space4Lease to worry more about expanding recognition rather than their wallets.

“When we play shows and tour a lot of the time, we aren’t going to be bringing home necessarily personal money,” Blythe said. “It usually stays with the band because some of these shows we are doing as a smaller act, getting into these places that we’ve never been to before, we’re not going to make a lot. It’s going to be more just trying to get new fans.”

“One meal of the day will be fast food, like a Chick-fil-A,” Blythe explained. “For our dinner, or second meal of the day, we like to go somewhere unique or well-known in the city, treat ourselves a bit.”

In the case of Forté’s lengthy tours, a little more in-depth planning is involved.

“Usually, before the tour, I will go to the grocery store and buy a ton of stuff that will keep,” she said. “I’ll stock it up in the van. Like a lot of finger food, a lot of stuff that doesn’t have to be refrigerated. Phil and I spent a grand on everybody’s food,” Forté said.

Another big-ticket item is lodging. Touring experience pays dividends. The more familiar a scene is with an artist or band, the more likely people there will allow them in their homes.

“I am blessed in a way that I know a lot of people across the States,” Forté said.

A lifelong traveler, she has built a network of friends and family throughout the country. However, touring new places isn’t uncommon, so she budgets $800 to $1,000 for hotels.

Space4Lease takes advantage of hotel perks when there is no couch to crash on.

“These hotels will allow us to use a certain amount of points and pay the rest in cash,” Blythe said. “We are able to get rooms at around a 25 percent discount that way.”

Since Forté is the main act in her band, she and her husband have an extra expense other bands do not.

“Phillip and I are also very good at paying our musicians, the people who play with us,” she said. “That goes into our cost as well. We make sure everybody comes away feeling like they were valued.

“We make sure we pay them the best we possibly can. You have to think of it as a job, too. It’s a 24-hour job when you’re on the road. If they were working a normal job, they would be making X amount of dollars a week, so we come as close to matching that if possible.”

On top of everything else, things break. A pack of guitar strings costs $6 to $10, and bass strings can cost $30 or more. Drumsticks start at around $8. Drumheads run $10 to $50. Things quickly add up.

Then there are toll roads, which are found in almost every metropolitan area. The larger the city, the more expensive the toll.

“Going to New York, if you are going in and out of the city, especially playing in the cities around it, you end up spending like $200 on tolls alone,” Forté said.

No one ever factors carelessness into budgets.

“We got two parking tickets on our last tour, while in New York City.” Forté said. “It was about $250. We had a couple of days off, and we just parked the van. We were like, ‘Let’s just leave it here.’ Of course we were being idiots and didn’t think, ‘Oh, the street sweep comes through tomorrow.’”

Hard knocks aside, the musician life is not easy. When one dreams of rock stardom, no matter how minute, one often doesn’t consider the need of moving-man muscle to haul equipment, the mind of a day care manager to plan and make sure everyone eats and sleeps with a roof over their heads and the banker-level skill of calculating budgets.

To make a living through music, you need more than a way with words; you need an investment of body, mind and money.

Print headline: Music money, Local musicians explain that there’s a lot more to going on tour than most people would think.