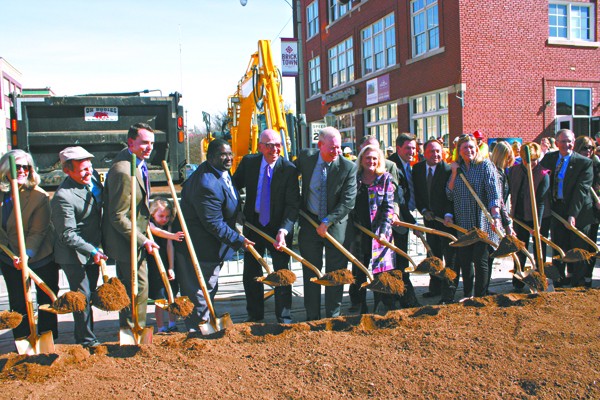 The idea of building a modern streetcar in Oklahoma City was hatched about a dozen years ago, envisioned by a committee composed of government, business, civic and transportation leaders.

Before Oklahoma City voters cast ballots on a MAPS 3 Modern Streetcar, the committee — with the assistance of The Association of Central Oklahoma Governments (ACOG) — produced the 2030 Fixed Guideway Plan, a strategy for building a regional transit system in central Oklahoma.

Released in 2005, the plan called for commuter rail development, bus service improvements and the placement of a streetcar system in downtown OKC, which earned a spot as one of the eight projects of MAPS 3, one of the city’s capital improvements programs financed by sales tax. OKC voters backed the streetcar proposal and other quality-of-life projects in a 2009 vote.

Now, after years of planning, a city streetcar system blends connectivity and economic development and further spurs mass transit options andconstruction crews break up pavement and install tracks downtown. It’s a celebratory time for citizens excited to see the $131.8 million project underway and an option for traveling through the urban core.

“It’s the nucleus and the beginning of a bigger and broader public service,” Bezdek said. “People will be able to move through downtown whether they ride in by car, come in by Amtrak or use a future mode that connects to the system. People will be able to go multiple places with ease. This system will really enable pedestrian activity like we’ve never seen it before.”

When Oklahoma City’s streetcar system is operational, it will be unlike any current form of transit in Oklahoma. The cars will be powered by overhead wires and batteries. Bezdek said OKC’s system is the first to deploy the dual technology on its five vehicles.

The system is designed to be efficient and user-friendly, said subcommittee chairman Nathaniel Harding. Wheelchair users, parents with strollers and cyclists with bikes can easily board the ADA-compliant streetcars.

“It really will be the best transit mode for pedestrians getting around,” Harding said. “Right now, if you are on foot, as far as you will go is a block or two. With the streetcar, you can cover the Central Business District, Automobile Alley, Midtown and Bricktown all on foot by hopping on and hopping off. If you add Spokies, you can travel the entire downtown.”

As Harding and others see it, the streetcar will be a link to other modes of transit, like the city’s bike sharing program — Spokies — and bus services through Embark. The streetcar system will become a program of Embark when it opens to the public, which is anticipated for December 2018.

“Connection is the key,” Ward 7 Councilman John Pettis Jr. said when speaking at the Feb. 7 streetcar groundbreaking in Bricktown.

Crews will construct a streetcar stop across the street from the transit center at the intersection of NW Fourth Street and N. Hudson Avenue. Pettis imagines a strong relationship between Embark and passengers, who will travel downtown by bus and ride the streetcar their final destination.

“The streetcar will allow access to more parts of Oklahoma City,” Pettis said. 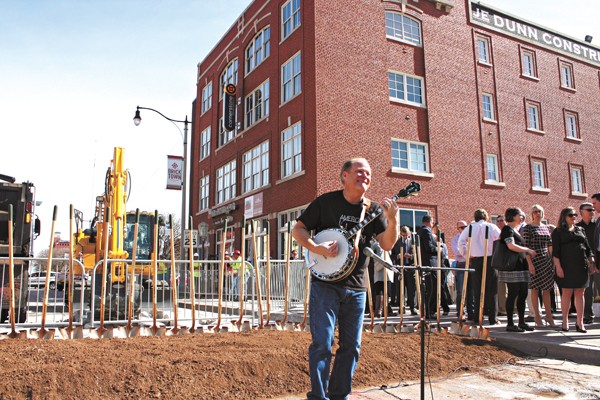 At the early February streetcar groundbreaking, there was much hope that this was the first of many celebrations marking movement from the 2030 Fixed Guideway Plan.

“First of all, we can all envision a day when we are going to have some level of commuter rail that will bring a person in from Edmond or Norman or somewhere in between,” OKC Mayor Mick Cornett said during the ceremony. “When that person arrives in downtown Oklahoma City, they are going to need a way to move around.”

While the streetcar will serve the needs of OKC travelers, the ongoing dialogue continues on commuter rail projects. A year ago, metro mayors, including Cornett, signed an agreement to create the Central Oklahoma Regional Transit Authority Task Force. It could push forward proposals for commuter rail, enhanced regional bus services and expanding streetcar routes.

The creation of the task force was a recommendation from 2014 CentralOK!go, an 18-month commuter corridors study. The study proposed a regional transit commuter rail system to connect Norman and Edmond with downtown OKC. Additionally, with an expanded streetcar system, streetcars would take passengers from downtown to Midwest City and on to Tinker Air Force Base. Under the plan, the Santa Fe Intermodal Transit Hub would serve as the regional transit hub.

“I think this will put us on the map, showing we are really taking our city seriously and want to be a top-tier city,” Harding said.

Part of the subcommittee’s role has been learning from other cities that recently implemented streetcar systems. OKC wants to implement best practices in ensuring the streetcar has the smoothest ride toward being an effective and widely used transit service.

Currently, Embark is in the early stages of developing a safety campaign to educate the public about sharing the road with the streetcars. The streetcars ride on rails flush with the streets and obey traffic laws, impacting drivers, cyclists and pedestrians.

While the streetcar will drive connectivity across downtown, city officials also strive for the system to build a stronger sense of community. Through an app, riders will be able to connect to service offerings as well as events taking place in the urban core.

“Imagine riding on the streetcar, looking at the app and seeing what’s happening at The Bleu Garten or Chesapeake Energy Arena,” Harding said. “Regardless if you are a local or not, you are connected like never before. It’s not just a way to move a body from one area of town to another. It is a way to experience all of the city.”