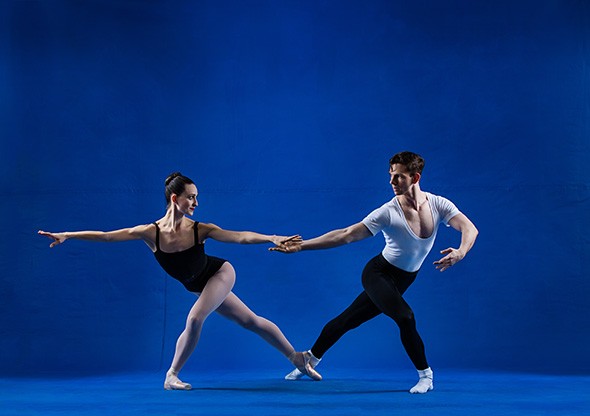 A 19th-century lithograph and an ancient theory about bodily fluids inspired two of the three works included in Oklahoma City Ballet’s latest triple bill. The third has never been performed publicly.

Inspired by an 1846 lithograph of four famous dancers, Joffrey’s Pas de Déesses is a tribute to Romantic period ballet. Choreographed in 1954, the ballet is intended to invoke not only the era but the characteristic movements of the lithograph’s subjects: Lucile Grahn, Marie Taglioni, Fanny Cerrito and Arthur Saint-Leon. OKC Ballet’s production features staging by Charthel Arthur Estner, managing director of The Gerald Arpino Foundation (honoring Gerald Arpino and Robert Joffrey), who cast the roles with their historical counterparts in mind.

“From the start, she chooses dancers that kind of naturally embody the stylistic qualities of those dancers, and then from there, they’re also coached to kind of embody how those dancers moved,” said OKC Ballet artistic director Robert Mills.

Attempting to recreate the specific personal styles of dancers from previous centuries is not a typical way to stage a ballet, Mills said.

“If we do Swan Lake, everyone can look at a history book and see the dancers that originated those roles over 100 years ago,” he said, “but the goal is not to try to dance like them. You’re going to bring your own interpretation.”

Though Joffrey, who founded Chicago’s Joffrey Ballet, is a significant figure in American ballet, Mills said Pas de Déesses, which also features Oklahoma City Philharmonic’s Peggy Payne playing the score live on piano, will be the first of the choreographer’s works OKC Ballet has performed. Mills said he wanted to include Joffrey in the 2018-2019 season in commemoration of the 30th anniversary of his death. Joffrey’s unconventional approach to choreography for Pas de Déesses helps preserve part of ballet’s history in living memory.

“Honestly, Robert Joffrey has contributed to keeping the idea of those dancers alive,” Mills said. “This ballet has forced us in 2019 to revisit how those dancers moved. For my company, it’s valuable. … When our dancers are doing these kinds of works, it’s infusing their artistry and they move forward through our company with a richer experience that they can bring to other things.” 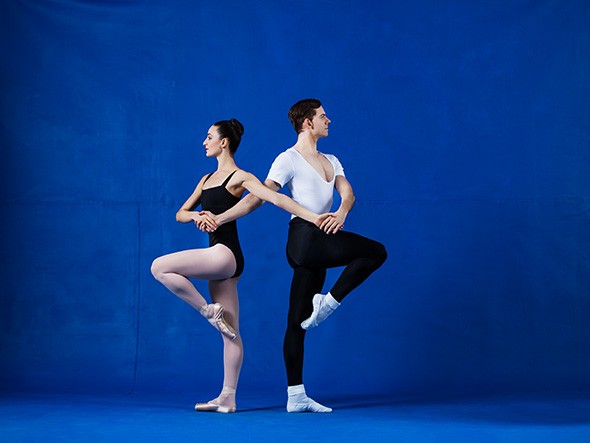 The Four Temperaments premiered eight years earlier than Pas de Déesses, but Balanchine’s revolutionary neoclassical ballet pointed to the future, not the past. Placing Temperaments after Déesses on the program provides an “interesting juxtaposition,” Mills said, highlighting how different Balanchine’s work is from what came before it.

“You’re going to see a ballet from a choreographer that essentially changed the look, made it streamlined, made it modern, made it accessible,” Mills said. “George Balanchine essentially changed ballet forever … really took it and modernized it. He made it angular; he made it more about movement, as opposed to making poses. … This work, along with his Agon and various other works that he did, were sensations when they were first performed because they were just so completely different than anything anyone had ever seen. I believe it still stands the test of time; I still feel like it’s really an incredible work to see. It has a lot of really beautiful moments and exciting, engaging moments, and I’m excited for our audience here to see it.”

Mills noted that The Four Temperaments is also tied to Oklahoma history because Balanchine originally choreographed a role in the ballet for Maria Tallchief, a world-renowned Osage dancer born in Fairfax. The ballet, created with composer Paul Hindemith, draws inspiration from the ancient medical theory that people’s temperaments are determined by the quantities of blood, yellow bile, black bile and phlegm in their bodies — thought to correspond to sanguine, choleric, melancholic and phlegmatic characteristics, respectively. If that all sounds confusing (or disgusting), Mills said Balanchine and Hindemith used the theory as a “point of departure” from which to create a work of expressionistic music and dance that ultimately has little to do with blood and bile.

“As an audience member, you’re not meant to really extract that, exactly,” Mills said. “Through the program notes, you kind of know that that’s where they derived their ideas from, but in essence, it’s like watching an abstract painting. Underneath there somewhere, if you look close enough, there might be that point of departure, whether it’s flowers in a vase or a bowl of apples, and it’s just cubist, just impressionist, however that works. Dance is the same.”

Closing the bill, Soto Ramirez’s new ballet will make its world premiere in Oklahoma City. The visiting choreographer, Mills said, “is really pushing the envelope and the boundaries on an international scale.”

“I picked him up from the airport two weeks ago,” Mills said. “He flew in from Munich, where he had a ballet that was premiering. Prior to that, he was premiering a ballet in Toulouse, France. He is all over the world creating new work. We are the first classical ballet company to bring him to the United States … and I did that because, number one, I need our community to understand that ballet is not only about staging these warhorse ballets from the 1840s and before, and that it is an art form that can use music of current times, ideas of current times and be conceptualized by people today. … Cayetano’s work is extremely futuristic and very forward-thinking, and I think it’s going to knock people’s socks off.”

Like many groundbreaking artworks, Soto Ramirez’s work is hard to describe due to lack of precedent, Mills said, but his work, like Balanchine’s, points the way forward.

“He’s taking the ideas of modern dance, fusing that into classical ballet, taking ideas of neoclassical ballets and fusing that into classical ballet,” Mills said. “It’s also his choice of music. He’s choosing people that are alive; most likely he’s choosing compositions that are new, that have been composed in recent times. Where I think he’s really incredibly imaginative is in how it all comes together on the stage through costuming, through scenic and lighting design. Let’s put it this way: It couldn’t be further from a tiara, a tutu and misty, romantic lighting. This is very visceral; it’s very stark. It’s futuristic and modern, and that’s what I like because ballet is going to have to address how it evolves to continue to be an accessible art form going into the 21st century.”