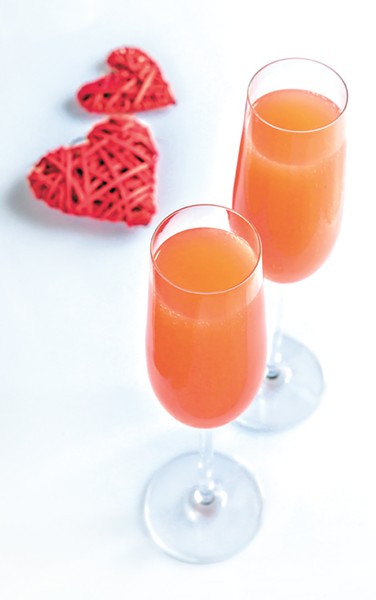 Maybe Cole Porter got kicked in the head when he was writing “I Get a Kick Out of You,” because anybody who says, “I get no kick from champagne” must have a mouth full of busted taste buds.

As Valentine’s Day draws ever nearer, some are searching for finishing touches to make the holiday extra romantic. Few beverages say love more than champagne. 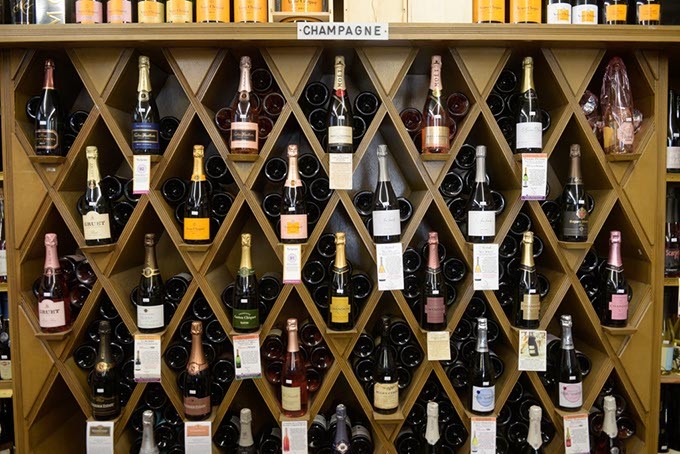 En Croute beverage director Drew Tekell knows his bubbly, whether sipped from a flute or mixed in a cocktail.

“When I am looking for bubbles for either consumption or to put into a cocktail, I look for a variety of things,” he said.

If he’s enjoying a bottle by itself, he looks for champagne that is “leesy” — having the scent and taste of the sediment or “lees” of the grapes and yeast it’s made from. He prefers sparkling wines with notes of lemon and apple that are more acidic and have a lingering taste.

In the United States, champagne has become a catchall term for sparkling wines, but the real stuff comes only from the region of France bearing the same name.

Other countries have their own versions, including Spanish Cava and Italian Prosecco.

When customers ask for a high-end bottle, he recommends Veuve Clicquot vintage Champagnes in the $140 range. Most don’t have a vintage, but higher-priced bottles bear the marking of their years of production.

Australian-made BK Wines’ Petillant Naturel, a blanc de blanc sparkling wine that shares some of its taste profile with sour beers, is much lower in price. Fieldcamp recommends Hush Heath Estate’s line of British sparkling wines, which are growing in popularity.

Sparkling wines can be great alone, but Tekell said they also make an excellent ingredient in cocktails.

“The cocktail needs to be the focus,” he said. “The champagne is an ingredient; it needs to play well with the other kids at the party.”

When used to sweeten a cocktail, he often uses a fruitier Italian sparkler called an Asti. If the wine is there to add saltiness, he uses a more traditional, drier champagne.

“As for the production methods, again, it depends on the cocktail,” Tekell said. “If the champagne is the main focus, then I tend to go with something produced with méthode traditionelle because I want the citrus and toasted notes.”

“The Charmat method also tends to produce a sparkling wine that is fruitier than the traditional method, so I also take that into consideration of what other ingredients are going in the finished product,” he said.

“We get a ton of people who come in here on Saturdays and load up for mimosas,” he said. “Normally, you don’t want to do something too expensive.”

“I use it for everything that calls for sparkling wine,” Skinnell said. “I honestly think it’s great on its own.”

Create a simple syrup by mixing 1 cup of sugar with 1/2 cup of water and heating the mixture over low heat until the sugar is fully dissolved. Transfer to the refrigerator to cool.

Add chilled simple syrup and 1 pound of frozen peaches to a blender and blend until smooth.

Add 2 oz. of peach puree to a champagne flute and top with 3 oz. of chilled sparkling wine.

Create a simple syrup by mixing 1 cup of sugar with 1/2 cup of water and heating the mixture over low heat until the sugar is fully dissolved. Transfer to the refrigerator to cool.

Fill a cocktail shaker with ice.

Add 2 oz. of gin, 1 oz. of fresh lemon juice and 1/2 oz. of simple syrup. Shake to combine, and then strain the mixture into a champagne flute.

Top with 2 oz. of chilled sparkling wine and serve.