TULSA: The show must go on? 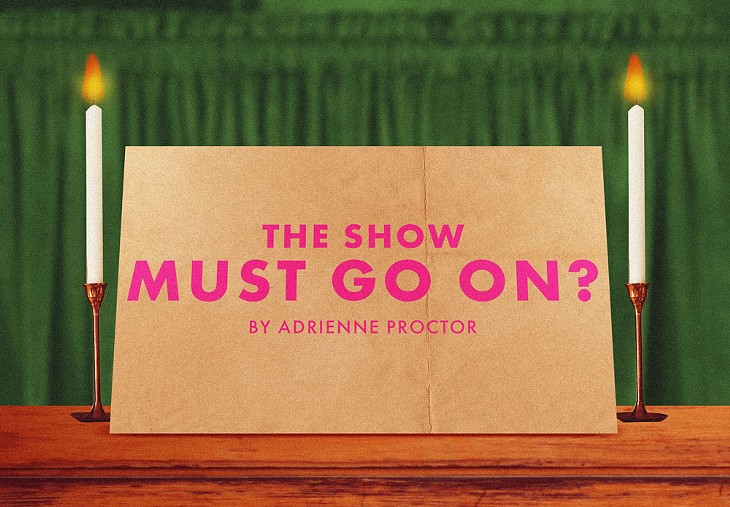 Tulsa is a city known for its vibrant art scene. Museums like the Gilcrease and Philbrook Museum of Art provide beautiful artwork and gardens for patrons to enjoy year-round. Venues like Cain’s Ballroom and the BOK Center mean live music is always available. The Tulsa Performing Arts Center (PAC) brings Broadway tours when there are no pandemics afoot, and soon those tours will return. Downtown Tulsa is chock-full of funky coffee shops, and the Cherry Street District has the coolest vibes. Tulsa is a treasure map of art and independent creation, and OKC is just now (finally) catching up to it. It would make sense that in a city known for its art and eclectic energy, live theatre would thrive. Art inspires art, and in a city so rich, live performance fits right in.

Shockingly, this isn’t the case for live theatre in Tulsa. When embarking on the mission of writing about the Tulsa theatre scene, I decided I should see which theatres were re-opening post-COVID (and mid-delta variant). A would-be quick internet search to discover all the theatres I didn’t know about yet turned up almost nothing. I reached deeper into the magician’s hat, attempting to find information from friends and colleagues who had been involved in past Tulsa shows. This endeavor became more and more fruitless, and I finally arrived at a question I was afraid to ask, but had to face; is the live theatre scene in Tulsa dead?

Oklahoma City is experiencing a resurgence in live theatre, if not an all-out renaissance. OKC hosts three professional equity theatres, all planning and executing returns to live theatre before school starts. A handful of community theatres even began live performance as early as 6 months into the pandemic. There are upwards of a dozen theatres in Oklahoma City, and that’s not including the university programs that continued live performance with masked actors in late 2020 and early 2021.

So, what gives? Surely, enough time has passed now, and even the most un-adaptable of theatrical organizations (Broadway) has certain plans to return. Could it be the audience, or lack thereof? Certainly, patrons have been wary to return. An overly ambitious outdoor production of a children’s show at Lyric Theatre of Oklahoma in September brought in a faint trickle of patrons, and the return has been an uphill battle ever since. But, audiences are indeed coming back. The lack of available productions has meant that the committed ones who want to see theatre (and have the vaccine card to prove it) have limited options. The audience must go where the shows are.

Lyric recently produced an outdoor production of Grease in June, and the sweaty cast performed to even sweatier sold-out audiences. Everyone in Oklahoma City showed up to see Grease, and nobody even likes Grease. The old argument that live theatre can’t exist without patrons is fair and long-discussed. Theatre is collaborative art. No matter how committed the actors are, without actively engaged viewers in the chairs, what happens on stage is a dress rehearsal, not a performance. “Support the arts” is tired and preachy, but it’s not just referring to monetary donations. “Support” also means showing up, and theatergoers do. But, patrons can’t show up to shows and theatres that don’t exist.

Tulsa Project Theatre, once an exciting newish theatre, went dark in the early days of COVID. The company hasn’t updated their website or social media pages since. Except for a couple of vague posts about grants and their “hopeful return” after the holidays in 2020, this once promising professional theatre has become all but defunct.

One theatrical phoenix that’s rising above the ashes left by a year-long pandemic and endlessly befuddling CDC guidelines (is there a mask mandate or not?) is Theatre Tulsa. Theatre Tulsa is slated to open its 99th season with Matilda: The Musical on August 13th. Based on the beloved Roald Dahl character, Matilda: The Musical is a ticket mover, and will surely sell out. Their Broadway series continues with the musicals Dreamgirls, The Sound of Music, and Singin’ in the Rain, all sure bets. Non-musicals (sometimes we call them plays) in the season lineup are The Guys by Anne Nelson and Heroes of the Fourth Turning by Will Arbery. Theatre Tulsa Academy will also present productions of Junie B. Jones: The Musical Jr., Grease: School Edition, Chicago: High School Edition, and Disney’s Moana Jr.

With such a richly developed and robust arts scene, Tulsa is more than capable of supporting local theatre. Theatre Tulsa may be the only game in town right now, but theatre can and will make a comeback. Tulsa is an artist’s dream and a patron’s playground, and when the pandemic does eventually end, it’s only plausible that theatre will return, and the patrons with it. When they do, the arts in Tulsa will continue to thrive, and will undoubtedly become stronger than ever.