The city punts on the new tunnel between Bricktown and Santa Fe Station in favor of enhancing current routes. 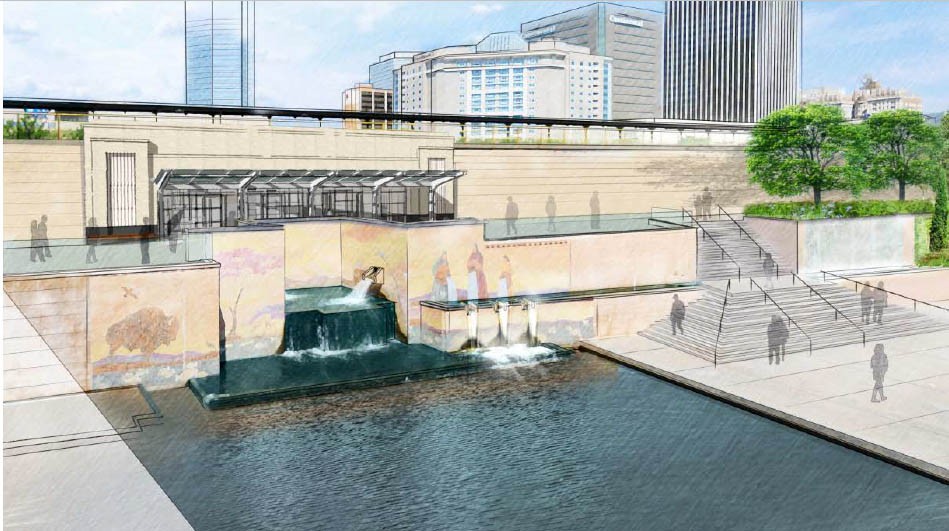 The downtown Oklahoma City transportation hub will not feature a tunnel connecting Santa Fe Station to Bricktown, but the city will still enhance the existing connections for pedestrians.

“The intermodal hub for Oklahoma City is a large project that included the remodel at the existing Santa Fe Station. It also included the reconstruction of a plaza area in the area that faces E.K. Gaylord [Boulevard],” said Eric Wenger, director of OKC’s public works department. “The project also included anticipated work to construct a pedestrian tunnel, one that’s partially constructed, but to finish that construction underneath the railroad tracks and into Bricktown.”

The pedestrian tunnel to connect the Santa Fe Station to Bricktown has been scrapped from the current project as two separate bids came back over budget, Wenger said. But he said it is something that could be considered in the future.

The Santa Fe Station building and the plaza are already complete, and portions of the rest of the work are already underway, Wenger said, including improvements to the Bricktown side of the railroad structure.

“There is an alternate plan to enhance the pedestrian connection between the intermodal hub and Bricktown by sending a new project out for bids that’s going to provide a lot of pedestrian amenities and upgrades to the tunnels existing on both Sheridan and Reno,” he said, “and then making that physical connection to Bricktown and the pedestrians in that area.”

Construction is underway on the Bricktown Canal side of the project, which will include an upper viewing terrace with a grand staircase and a landscaped lower plaza area.
That work is part of the final phase of the project, but a second package to the phase is what is going out to bid to make further enhancements. Wenger said the enhancements include improved lighting, walkability and access with railings and fences to help separate pedestrians from traffic.

“The original project always anticipated an enhanced pedestrian connection, so we’re maintaining those pedestrian enhancements,” he said. “Although we can’t do it with the tunnel, we’re going to do it the way that I just described, using some alternative improvements that are not through or under the railroads but going around and using those existing tunnels.”

The city also submitted a $1.35 million building permit for platform improvements at the station, including lighting, painting, remodeling stairs and improving the elevator.

“The platform is actually part of the third phase,” Wenger said, “and that work is underway and it’s actually already in contract and has a contractor that’s working. That’s really to enhance the accessibility for the Amtrak service and the Heartland Flyer.”

Since completing the Santa Fe building and the plaza, Wenger said they have seen a tremendous amount of activity. He said the city is looking forward to completing the project which has been underway for several years.