“He’s right,” he said. “There wasn’t a scene before, so we fucking made one.” 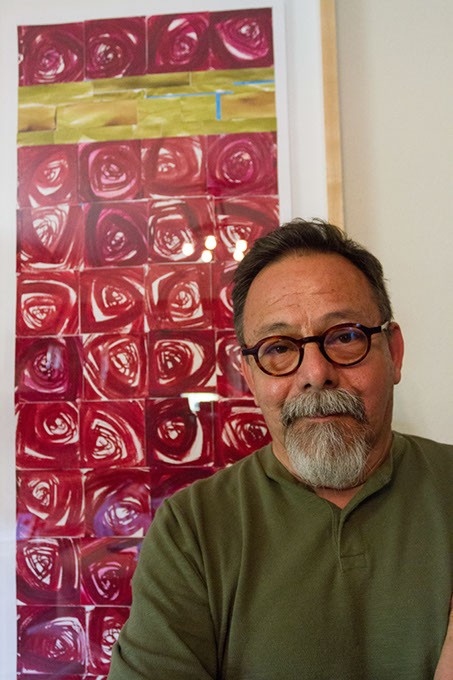 “A people without the knowledge of their past history, origin and culture is like a tree without roots.” — Marcus Garvey

Maybe it’s true what they say about nostalgia, that it’s just a subtle form of advice. Maybe all of us cast glances over our shoulders as we age, straining our eyes in the dimming of day to see a time when we couldn’t even imagine the sun setting.

The older we get, it seems more and more instinctual, the need to convey to younger generations that email didn’t exist when we were in high school, that we didn’t get our first cell phone till 2002, that the corner CVS hasn’t always been there. After all, what are we but collected heaps of knowledge and experiences that have been piling up since we walked out of the caves? Aren’t we all standing on somebody else’s shoulders?

It’s hard to think that way right now in Oklahoma City. The word “renaissance” seems to be on everybody’s lips, and for good reason. The Paseo and Plaza districts hum and throb with the joyful intensity of a city twice as large. Midtown, already to the point of saturation at ground level, now seems to be reaching for the sky. Public art projects are being awarded with the same regularity as parking tickets.

But for those of us swimming in this town’s surging current of creativity right now, it’s all too easy to imagine that we’re the ones who made it rain. What about the people who were here when the local arts scene more closely resembled a dry lake?

“Man, back in the late ’60s, early ’70s, there was literally absolutely nothing for us here,” said Paul Medina, a 64-year-old artist and author who has been in the local arts scene for decades.

“This state and this city have always had very, very talented artists, but there was almost nowhere for us to show our work, almost nowhere to promote it, and nobody to buy it. It felt like we were on an island, a barren one.”

Stephen Kovash agreed. Kovash, a 57-year-old artist, gallery operator and curator, was “born into the arts scene here,” as he puts it, accompanying family members to the few galleries scattered around the metro when he was as young as 6. And although he said the late ’60s in and around OKC saw a surge of creativity, by the next decade, it had dried up.

“There was a scene in the late 1960s that — although it wasn’t as widespread or big, obviously — rivaled what’s going on today as far as quality,” Kovash said. “I can remember in ’68, ’69, some kids at OU art school were doing some really challenging stuff. I can remember thinking, even back then, ‘Man, this is as good as any shit coming out of New York City right now.’”

Kovash mentioned a place called Contemporary Arts Foundation (CAF) and Medina’s face lit up like a pinball machine. They both agreed that CAF was the hub around which the tiny OKC arts universe would spin.

“It was like IAO before there was IAO,” Kovash said. “They were into poetry, video, music, art shows. It was pretty much the only place there was back then that was reminiscent of what we’re doing now.”

Medina had more to say.

“It really was the only alternative art space … The CAF was the place to go when you wanted to see who was out there, what was going on with young artists. But other than that, there was nothing going on that was pushing anything. There was an interior decorator who did art shows at his antique store, and I remember trying to get on his radar just so I could have someplace to show,” Medina said. “Imogene Mugg had a sale gallery at the fairgrounds art museum, and there were a couple of commercial artists with galleries on the Paseo, but those weren’t places we could show.”

Medina said he and other working artists would take any gig they could scratch up.

The three or four spaces in the entire metro that showed art were scattered from 36th Street and Western Avenue to Will Rogers Park, so part of an artist’s creative energy not only had to be put into the work but in finding a place to show it.

Festivals, street carnivals, even costume parties — anywhere a group of artists could come together, that became the hot spot in town that weekend, a tight, fiercely determined core of a scene that has lasted to this day. Both Kovash and Medina drop names that still echo through the streets of the Paseo and carry weight with Plaza gallery owners: DJ Lafarge, Michi Susan, George Oswald, Ray Baldridge, Tom Lee, John Belt.

They talk about old haunts that no longer exist, about the Paseo Plunge and Medina’s Cafe (a Paseo coffeehouse Medina used to own), about The Bowery and the Psycha-Deli.

As they reminisce, their voices swell. Their eyes lighten and their mouths loosen. They laugh more, interrupt and interject, piling their stories on top of each other’s as if they were running out of time to tell them. It’s like watching your dad talk to your favorite uncle about his bachelor party.

“I used to swim at the Paseo Plunge in the early ’70s,” Medina said, laughing. “That corner honestly did become the Haight-Ashbury of Oklahoma City. There were clubs, studios, head shops. There were no galleries there then, but that was still the center of the local counterculture. We had a blast.”

When asked if they knew they were laying a foundation for the artistic revival that’s going on today, Kovash said it didn’t cross their minds.

“There was nobody doing anything with mind to the future,” Kovash said. “We were just scratching out a place for ourselves. It was just an organic thing. We were all young artists in a city that wasn’t really conducive to what we were into, and we found each other.” 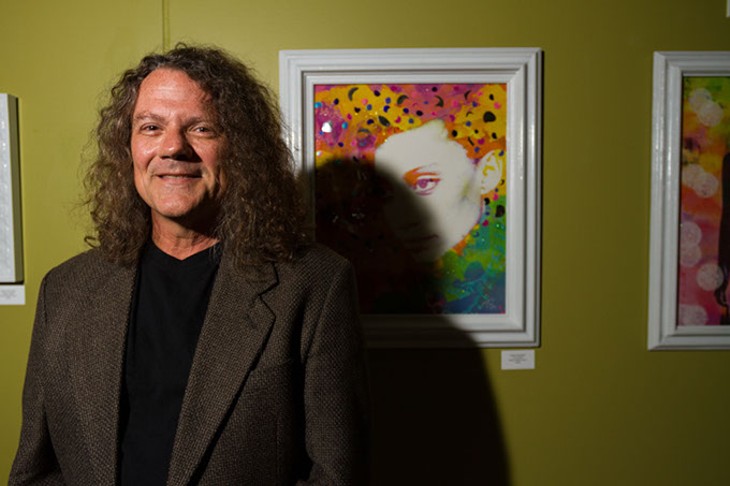 Medina said they found each other by choice.

Finding each other meant sharpening each other. Both men admitted that most artists (up until the mid-’90s, at least) began their careers, if they had one, by showing out of state. If a local artist could attain some kind of success locally, it became an obstacle to overcome and an aspiration. The slowly rising tide might not have lifted all the boats, but it did set a new standard for what could be accomplished in this town.

“At that time, Santa Fe was becoming the mecca for Southwest art, which is what I was doing at the time,” Medina said. “I got into my first out-of-state gallery there, and I remember thinking, ‘I’m going to have to do this to make a living.’ And even then, I had people telling me I was selling out for leaving town. But I figured, hey, I gotta go to where there are things going on.”

Kovash added that even going to art shows was different.

“There was no social media back then,” Kovash said. “There was nobody trying to prove how cool they were by going to this show, going to this party. It’s kind of a velvet rope mentality now, I think. But it was all word-of-mouth, all DIY back then, and I’m proud of that. It feels good that we might have set an example for what’s going on now. I want people to look at me and say, ‘If this dipshit can do it, why can’t I?’”

“He’s right,” he said. “There wasn’t a scene before, so we fucking made one.”

It bears mentioning, however, that these aren’t grumpy old men pining for days they believed to be better. They aren’t bitter. Rather, they both seem to take a sense of pride in the idea that the beauty and vibrance so abundant now was nurtured in its infancy by a group of people committed to art as a lifestyle.

Kovash said he’s happy with the decision to stay in his home base because he believes it’s a place where he can affect the most positive change, kind of a fertile breeding ground for artistic revolution in an already growing scene. Medina, although he admits he sometimes questions his relevance (something he also admits any good artist should do), said it’s a joy to see what their city has become.

“I think it’s wonderful,” he said as he looked wistfully over the Plaza District streets that were just starting to come alive in the day’s fading light. “At the end of the day, nobody’s taking credit for this. We might have played a part in creating it, but we were just links in a chain.”