‘Two-thousand zero-zero, party over, whoops out of time’ at FlashBack RetroPub's NYE event 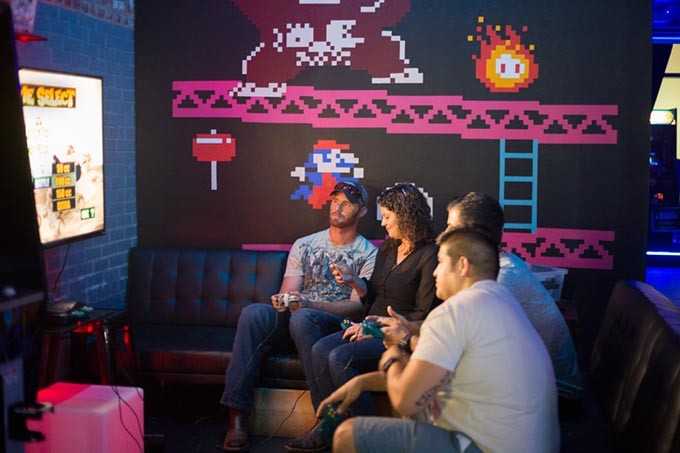 True old-school retro fans won’t be fooled by the “1999” moniker — a hat-tip to pop icon Prince and The Revolution’s hit 1982 album and single of the same name.

The venue’s ’80s memorabilia and throwback arcade game selections will expand for the celebration.

“[We know] that a lot of people will be downtown and probably looking for places to go,” said owner José Rodriguez. “We want to make it a place that is attractive and [have] guests partake in a lot of the fun we are going to have, not just with arcade games, but with dancing, celebrating and kicking off the new year.”

This year’s cover charge is $10, comparing favorably to last year’s $25.

“Last year, we learned a little bit, being our first year,” he said. “We just want people to come out and have a good time [for] a fun event that is cost-efficient.”

“It’s casual to semiformal,” he said. “If people want to dress up, they can.”

Guests receive party favors at the door. Rodriguez said they might want to keep heavy coats at home or in their car because there is no coat-check. Table reservations, which are $50 for a table of four and $75 for a booth of six, include cost and taxes for a bottle of champagne. However, reserved seating is going fast.

Multiple ’80s-era televisions glow behind the bar with a VHS film selection guests can select from, giving the full effect of the decade’s nostalgia, including Ferris Bueller’s Day Off, Top Gun, E.T. the Extra-Terrestrial, Footloose, Dirty Dancing and Pretty Woman.

The venue recently celebrated its one-year anniversary, and Rodriguez said he’s proud and grateful for the support the bar has received.

“The turnout and the feedback we’ve gotten has been tremendous,” he said. “It’s been humbling to see how many people really enjoy what we’ve done, what we’ve put together and how true we’ve stayed to the ’80s and how many people appreciate it.”

“We’re thankful for the turnout we’ve had from Oklahoma City and surrounding cities,” he said. “We get people from all parts of the state; I can’t thank everyone enough. Hopefully year two will be even better than year one and we will continue to grow and get more people in.”

Print Headline: Delirious new year, ’Cause FlashBack RetroPub sings ‘Two-thousand zero-zero, party over, whoops out of time’ with retro-fantastic fanfare as it rings in 2017.