The Mystery of Outpost 31 Studios 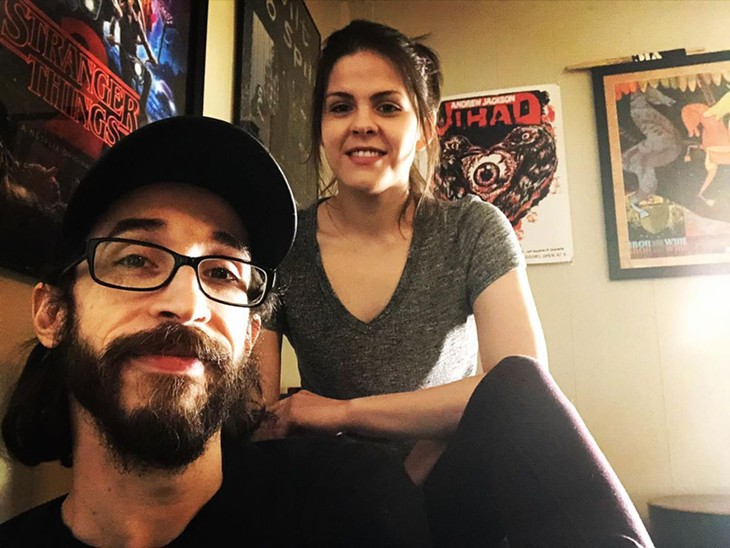 Here’s a riddle: What makes tracks but leaves no footprints? A music studio.

Of course, in a figurative sense, studios and music labels do tend to leave footprints. Whether as subtle as an album’s liner note or as loud as a marketing campaign, those footprints often mark a direct path to a music company. For Outpost 31 Studios, however, the trail winds through the woods and leads to a place more akin to a secluded cabin.

Founded in Oklahoma City in 2019 as a combination record label and music studio, Outpost 31 is helmed by Kyle Mayfield and Kim Bastian, a couple of long-time music scenesters that happen to also love horror movies. While not all of the artists on the label’s roster dabble in the spooktacular, when a musician joins the family, they become part of Outpost 31 lore.

“Our mission is to unite with passionate artists of all genres, of any status, and who like to do things a little bit differently, and give them a plat- form to be who they want to be,” Mayfield said. 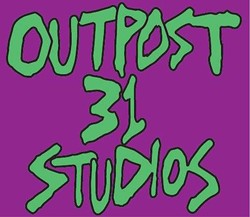 The newest project from the label is a Bandcamp-exclusive 22-track compilation called Quarantine Cuts which features a majority of the musicians involved with the music group. The first volume was released on July 16, and the second volume comes out next Friday the 13th of August.

It’s not the first of its kind — Mayfield himself appeared as his musical alter ego Larry Chin on last year’s 23-track compilation The Oklahoma Quarantine Demos as well as on the prolific annual Fright Night Club Halloween music anthology — but there is a different flavor of sound, ego, and collaboration with Outpost 31’s new double album.

“It started as an idea being tossed between Cameron Morris [formerly of Oklahoma Cloud Factory] and myself at the beginning of quarantine about pulling shelved songs from local acts and putting together some sort of quarantine B-sides compilation,” said Mayfield. “And as they do each time I have put together a compilation, it evolves and spirals out of my hands into the hands of so many talented and loving people.

“Before I knew it, this very cool, local, seemingly easily put together idea was now global, included new musicians, was not just shelved songs but now we were all creating from scratch and sharing session after session, track after track, and boom. All of a sudden this thing was so big we had to cut it into two records and reevaluate what it was sup- posed to be. That’s when it turned into its own creature.”

As for how the creature sounds, Mayfield said, “a wide spectrum of genres and styles swarm your ears and take you on a ride that you will want to revisit again and again. Everything from indie rock, chill hop, experimental, electronic, heavy rock, folk, and two cover songs/bonus tracks done by new cover band Alanis Moranis (which is Wes Cochran from Brujo and myself).”

If the idea of a member of OKC progressive mathabilly band Brujo joining the studio director to cover Looking Glass’s “Brandy” for a bonus track seems novel, it has nothing on the cross- over mingling that peppers the track-

lists with fictitious monikers for the main course. Tracks attributed to “Raspberry Rooms,” “The Arrow Peak Revelation,” and more are secretly made by existing artists working together and masquerading under different names.

As counterintuitive as it may seem, there is a method to Mayfield and Bastian’s madness here. In addition to conjuring the mystery and camaraderie of horror fandom, Quarantine Cuts is exemplary of Outpost 31’s anti-industry rulebreaking. As a new music business, it’s easy to become obsessed with the numbers and lose focus of the art. By releasing a fun compilation away from streaming platforms and with many of its players kept anonymous, however, the studio keeps its goals in check. Never sell out.

While some releases in the Outpost 31 Studios catalog are available on Spotify, others like Quarantine Cuts aren’t. This takes curious and diehard listeners from the label’s flagship offer- ings through its winding trail of foot- prints, leading to treasure troves of pure creativity where the music won’t fall prey to the rules of the beaten path. On Bandcamp, the music platform considered to be the most supportive of working musicians today, fans can pay as much or as little as they want for Quarantine Cuts and download or stream it through the Bandcamp app. Perhaps unsurprisingly, Outpost 31 shares a similarly bold sentiment in signing new artists and bands.

“It begins with their soul drive,” Mayfield said. “If they are passionate about music and have a great heart and soul, we are interested. We will not work with someone who doesn’t have the right intentions. Period. No matter how good their music might be.”

For Mayfield and Bastian, music is not a product to be made and sold for financial gain, so it follows that their goals with Outpost 31 Studios would stretch beyond the ledger. Organic growth aligned with ethics and taste will find its way and the route will be all the more scenic for it, as Quarantine Cuts embodies.

“It showed us that even when the world is falling apart and all seems lost,” Mayfield said of the project, “if we stick together and share love, we can overcome any messed-up situation this wild world is willing to throw our way. As the songs progressed and we began formulating the record, the journey it contains became clearer and clearer. A journey into the unknown world...We are so excited to share this comp with the universe.”