Goth Prom rises from the grave as its founders find new life at The Ruins Live. 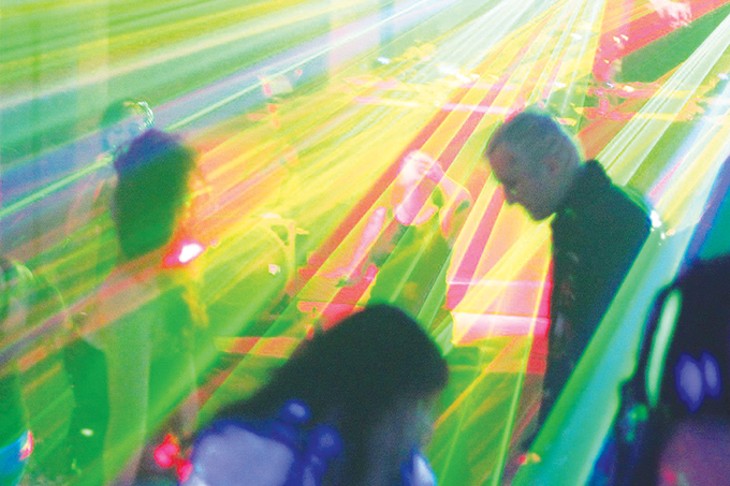 Unlike Bela Lugosi, Oklahoma’s Original Goth Prom is back from the dead.

Started in the early 2000s (its creators have long since forgotten its birthday) Goth Prom returns to Oklahoma City Saturday after a multiyear absence.

“It was a bunch of kids that couldn’t go out and drink, and they were just going to a dance club that they could get into because it was all-ages,” Hampton recalled. “We all got together and helped. It gave everyone a chance to dress up and go to prom and get a date and try to relive that moment, I guess, in their own little dark way, if I want to get cheesy about it.”

“No, I absolutely, unequivocally did not go to my prom in high school,” Hutchins said. “When I was in high school, I was really part of a more alternative crowd, and it was a long time ago, before Nine Inch Nails and Marilyn Manson were embraced as they were. It wasn’t really as accepted. … We were all going out to clubs anyway, so going out to a dance was not a big deal.”

Putting the “Prom” in Goth Prom was simply a way to signify it as a big annual event, different from more common dance nights.

“It’s really just more about trying to do something a little bigger than the normal events that we do,” Hutchins said, “and put a little bit more glamour on it, which is the worst word to use for a Goth.”

Calling it a prom also gave attendees a chance to, as the Facebook event page puts it, “dress to depress.”

“I remember the very first Goth Prom, I didn’t really dress up,” Hutchins said. “I showed up, and I was like, ‘I’m the worst-dressed person here.’ I didn’t do anything special, prep-wise, and I really found out this is kind of special. There’s something happening here. Since then, I’ve made an effort every time.”

“I don’t know if it had to do with the recession or what, but there was just a lot of clubs around Oklahoma City — clubs, bars, everything — that just started shutting down for awhile,” Hampton said. “Just a bunch of them went under for one reason or another, and the ones that were around didn’t want to take a chance on the Goth scene at all. They wanted to stick with Top 40 and try to be more mass-marketable, I guess.”

The lack of venues prompted a move to Tulsa until 2014, where it was laid to rest until now. The recent success of Dark Dancing, the free monthly event they’ve been hosting at Sauced on Paseo, convinced Goth Prom’s creators that it was time for a resurrection, so the three misfits who skipped their high school prom will be hosting what they estimate is somewhere between their 12th and 15th prom-themed dance party.

Like its traditional inspiration, Goth Prom crowns a king and queen, who this year will receive handmade crowns from OKC Alchemy. In previous years, voters cast ballots to elect prom royalty, but this year, Hampton said the winners will be based on audience reaction to prevent people from voting more than once. Gauging enthusiasm might not be very Goth, but it’s a better way to ensure a fair election.

“We can’t really measure moping very well,” Hampton said, “so we have to go by applause.”

Also, like a high school prom, the elected monarchs will lead the crowd in a decidedly non-Gothic tradition.

“The first year we did a king and queen crowning, they thought they just got up there and walked off, but we made them slow dance,” Hampton said, “and everyone felt embarrassed who was doing it because they didn’t expect that to happen.”

The inaugural year’s king and queen had to dance to Journey’s “Open Arms,” but the most recent royalty were treated to the more thematically appropriate Ministry cover of Louis Armstrong’s “What a Wonderful World.” The Goth Prom soundtrack — selected and spun by Hampton, Hutchins and Elkhair — typically includes genre staples such as The Sisters of Mercy, Bauhaus and Concrete Blonde, but the DJs try to change things up by playing darkwave, industrial and synth-pop tracks and making an effort to include newer likeminded musicians such as Actors and Drab Majesty.

“It’s kind of colder, darker-feeling music, I guess,” Hampton said, “but it’s still not just droning on all night and sticking with one style that some people may get kind of bored of. We just try to change it up too.”

Hutchins said “Bloodletting (The Vampire Song)” by Concrete Blonde is a reliable dance-floor filler, but he’d rather leave Bauhaus’ signature hit, and arguably the most famous Goth song of all time, off his set list.

“There’s, of course, ‘Bela Lugosi’s Dead,’” Hutchins said, “which I really hope someone else will play so I don’t have to. … It’s long. It’s got like, literally, a four-minute long opening. It’s just too much.”

Hutchins said he realizes that other people have different reasons for going to prom.

“I want people to be able to come out and just, overall, have a really great time,” Hutchins said, “even if that means that they never set foot on the dance floor and they’re going to be in one of the side rooms just having conversations with people that they haven’t seen in forever or that they’ve never met and do it in an open, friendly environment … something that is everything that we think is good and great about the whole culture.”

And though he might have felt out of place at his own high school prom, Hutchins wants everyone to know they’re invited to Goth Prom, Goth or not.

“You absolutely do not have to dress up,” Hutchins said. “I guarantee you there will be a fair amount of people that don’t, and 100 percent, it is not a criteria to show up. Anyone is welcome at this, they really are. You don’t have to wear an outfit. You don’t have to put yourself up to be the king or the queen. You don’t have to get out on the dance floor. It’s good people and loud music and a lot of really OK DJs.”