Underground cities may have thrived in OKC 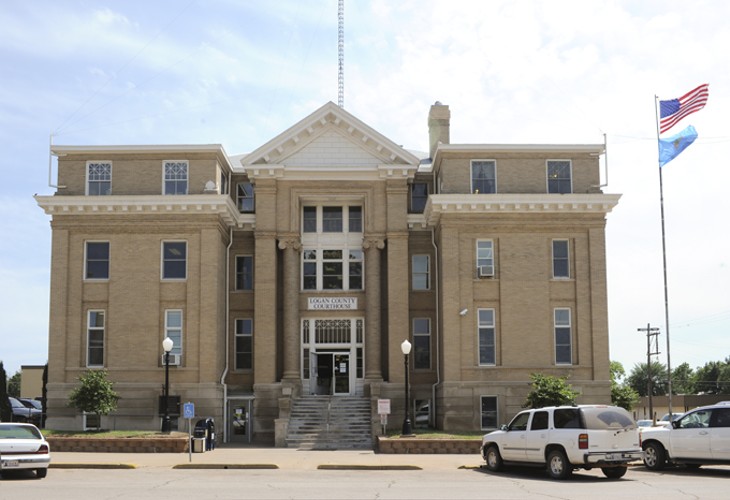 Since the 1900s, there have been rumors of an underground tunnel system below Oklahoma City, conjuring up superstition, mystery and intrigue.

Beginning with the California Gold Rush in 1848, Chinese immigration steadily increased to the American West and, subsequently, Oklahoma City. Escaping the collapsed Manchu dynasty (also known as the Qing dynasty), the last ruling dynasty of China, many Chinese immigrants came to America seeking fortune and a better life.

In the 1850s and 1860s, they worked on the Transcontinental Railroad, creating a huge workforce as they streamed in through San Francisco and on to the West.

After the railroad boom, they gravitated toward agriculture and manufacturing, while immigration continued. It is estimated that over two million Chinese immigrants arrived in America by 1880.

At that time, US citizens became wary of the immigrants taking their jobs. This suspicion led to the Chinese Exclusion Act of 1882, signed by President Chester A. Arthur, which essentially prohibited further Chinese immigration. Further, if Chinese immigrants did not produce satisfactory paperwork — the majority of the Chinese population couldn’t — they could be deported immediately. Congress finally repealed this law in 1943.

Underground tunnels are not unique to Oklahoma City. In the city of Moose Jaw, Saskatchewan, Canada, tunnels in which Chinese immigrants worked and lived during the late 1800s through the 1900s were discovered. Some of these tunnel structures were in place as basements and corridors and often served as places for undocumented immigrants to hide. Today, the Moose Jaw tunnels are a tourist attraction.

Chinese tunnels under Boise, Idaho’s Capitol Mall Complex might have been used to move materials to other buildings, smuggle opium, allow people to engage in gambling and enable travel after the imposed curfew. Local Boise lore hints that the original Chinese tunnels connect to the modern-day network of tunnels, connecting all the state buildings.

A rabbit warren of tunnels called the Shanghai Tunnels was discovered beneath Tacoma, Washington. Allegedly, city-dwellers were kidnapped, taken down to the tunnels and subsequently taken to the waterfront and shipped off to Shanghai to be sold into slavery. The derogatory term “being shanghaied” refers to being forced to join a ship’s crew by drugging and coercion.

Shanghai Tunnels also lay beneath the city of Portland, Oregon, under the sections of Old Town, Skidmore Fountain and Chinatown. These tunnels were said to connect saloons, gambling establishments, brothels and opium dens.

San Francisco is reported to have one of the largest network of tunnels, in part reality and in part bolstered by urban legend. Often, the “tunnels” were just interlinked cellars between houses.

Guthrie, Oklahoma, also boasts Chinese tunnels. Local legend states that an underground tunnel ran diagonally from the state’s first Capitol located on W. Harrison Avenue to the Blue Belle Saloon (a popular bordello at the time). The actor Tom Mix was a bartender at the Blue Belle before his Western movie stardom.

Rumor has it that Chinese immigrants ran opium dens and even entire textile mills underground in Guthrie. Later, during Prohibition, liquor smugglers used the convenient underground tunnels to transport whiskey barrels into the town’s hidden speakeasies.

In Oklahoma City, the mysterious Chinese underground was located downtown, along S. Robinson and W. California avenues and along Main Street and Sheridan Avenue.

Chinese immigrants lived in the basements and interconnected tunnels, with outside access by alley doorways. During the day, they worked in laundries, restaurants and stores, but at night, they were said to gamble, conduct religious practices and engage in other activities such as smoking opium.

Shortly after the repeal of the Exclusion Act of 1943, the Chinese underground became abandoned, as its inhabitants were able to take a greater role in society and live in more freedom above ground.

In April 1969, right before construction began on the Cox Convention Center, Director of the Oklahoma Historical Society and former Mayor George Shirk inspected a condemned building leading to the Chinese tunnels on S. Robinson Avenue (the present location of the Cox Center).

Oklahoman photographer Jim Argo was on hand to take photos during the inspection.

“It was very dark. There was a stove and some Mandarin writing on paper attached to the wall,” said Argo recently, recalling the scene.

Indeed, what Shirk and his group discovered was eye-opening: a two-level system of vacant tunnels and rooms and sleeping areas long since abandoned.

As the 1969 discovery was made public in The Oklahoman, the story triggered memories and anecdotes from local residents. They recalled seeing Chinese immigrants living in basement apartments, growing mushrooms and beansprouts and making tofu and included memories of seeing a small Buddhist temple.

Shortly thereafter, the Oklahoma City Council voted against saving the site and wanted to move forward with urban renewal and the building of the Cox Convention Center, hence little record exists today of these tunnels, save a few legends and photographs.