In a state that proudly boasts its country music heritage, hip-hop in Oklahoma has known a life of seclusion.

It’s a genre that, in many cases, lives in homemade studios and between friends. The culture literally created to unite people has itself formed cliques in the state.

“I feel like what we’re trying to do here is unifying everybody,” Nick Samsel, one of the founding members of the Oklahoma chapter of the Universal Zulu Nation, said. “One of the principles of the UZN is bringing people together.”

The Universal Zulu Nation is a worldwide organization that promotes peace, knowledge, wisdom and understanding through the unifying force of hip-hop culture. The Oklahoma Zulus are hosting Elements of Hip-Hop Showcase beginning at 8 p.m. Saturday at Studio Twelve, 1208 N. Pennsylvania Ave. All ages are welcome.

The UZN is a 41-year-old organization that is a year older than hip-hop itself. Afrika Bambaataa, a former gang leader who sought to bring peace to warring gangs in the Bronx, founded it.

Stephen Cooper is the founder and leader of the Oklahoma chapter of the UZN. Cooper joined the organization as the state’s only member in 2013 and recently decided it was time to put together a local chapter.

It was recently recognized as an official chapter of the UZN because it has grown to incorporate at least 15 members.

Cooper said the event will put all the elements of hip-hop — rapping, breakdancing, DJing, graffiti art and knowledge — on full display in one place. The goal of this and future events is partially to help foster a stronger and more unified hip-hop culture in the state.

“There’s a lot of back and forth going on, and it’s like, you know, squash all that and come out and just have fun,” Cooper said.

Oklahoma chapter member Jo Square said hip-hop culture is alive and well in the area but the scene needs to embrace local artists.

“Every element is fully represented, in full effect, in Oklahoma City, but a lot of people don’t know because there’s not enough open opportunity to see those things go down,” he said.

“The media, they don’t go highlight other artists besides these other two main faces, so, therefore, you don’t get to see the vast majority of MCs in the city,” Jerome said. “They’re overshadowed. People throw shade because they’re not the Jabee or the Josh.”

Jerome was born in Oklahoma but raised in Nashville. As an MC, he has traveled the country and found the community supports its own culture more in other places.

Hip-hop in Oklahoma will remain stagnant as long as it remains divided into separate pods, he said.

The Oklahoma Zulus are not solely focused on building the local music scene; they also want to help build stronger communities.

Hip-hop has always been a culture with the potential to build, Cooper said. The organization encourages attendees to bring food in support of The Free Food Pantry and Educational Center in Oklahoma City.

“We want to feed people here (physically) and here (mentally),” Cooper said, pointing to his stomach and head.

The group is also planning future food and toy drives.

In a time that has seen cases of conflict between law enforcement and the nation’s black neighborhoods grab national headlines, Cooper said the Oklahoma Zulus also hope to help educate local community members about being safe.

Local MC and chapter member Element Life said hip-hop has always been much more than the music.

“Just like (rapper) KRS-One said, ‘Rap is something you do. Hip-hop is something you live.’ So every single day, we live hip-hop,” he said. “It doesn’t matter if it’s the journey in life itself, the adversities that we have to overcome in life, love that we encounter in life — the pain, the struggle; that’s what hip-hop is.”

While some criticize big-name, mainstream rappers for not speaking out more about issues that matter to communities in need, Jerome said those people are too busy traveling and working in the music industry to be well-connected to what’s going on at home. 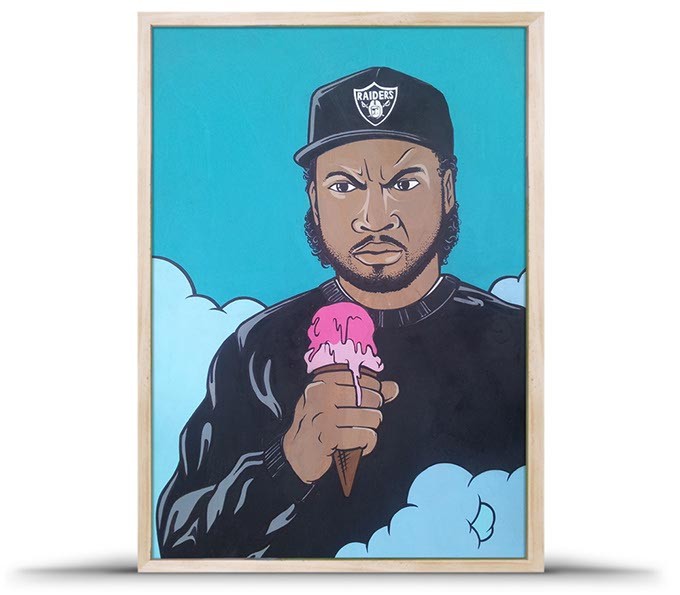 “I don’t wish that mainstream hip-hop artists would be more vocal,” he said. “I look more for the independent, underground, community-based MCs to be more vocal about their communities.”

The event is less of a party and more of a positive experience that can be shared with friends or family members.

“We do have fun, and we do throw the dopest parties,” Jerome said. “However, it’s about giving back to the community. It’s about activism.”