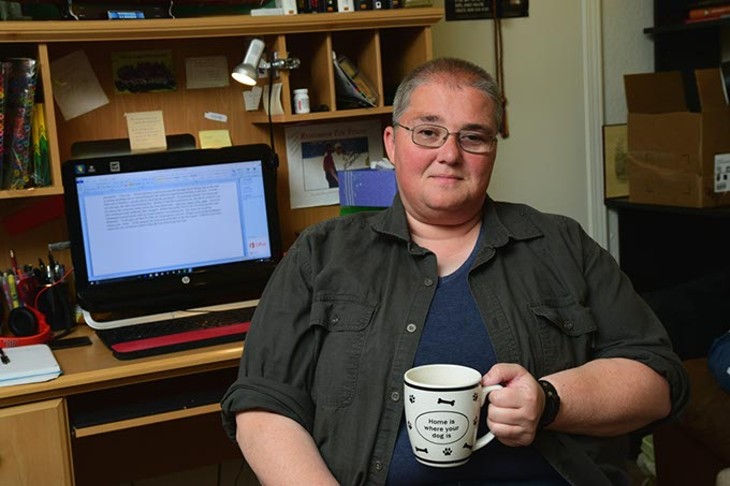 In some ways, A Class Act is typical of lesbian genre fiction.

A Class Act revolves around a budding but forbidden romance between student and teacher. As Hayes added the finishing touches to her novel, she did not have particular audience in mind.

“I’m hoping this story reaches people on a lot of different levels, not just lesbians in general but academics and romantics,” she said. “I think that’s always my goal with anything I write. I want people to enjoy it and relate to it and want to read more.”

Readers follow theater graduate student Rory Morgan as she unexpectedly begins to fall for her professor, Dr. Margaret Parks. Morgan’s attraction is immediate, which she finds odd because Parks is older and not what she considers her type. But Parks’ presence and passion at the class helm is undeniable.

“[Rory]’s not expecting this little fireball of a woman to come in and be this badass person,” Hayes said.

The student works up enough courage to flirt a little with her instructor. Parks notices and initially brushes it off. The two soon spark a friendship and begin collaborating on a play. The more time they spend together, the more rumors start to spread across campus.

Hayes acknowledged that the student-teacher relationship is a common theme in lesbian fiction, but these works often end on a sour note.

There is still a sense that lesbian characters need to be punished in some way for their actions, Hayes said. Part of the genre often seems to be the anticipation of what horrible fate will meet the protagonist.

A Class Act challenges that cliché.

“A lot of lesbian stories in general do not have a happy ending, and I wanted to change that,” Hayes said. “I wanted to take a typical storyline but make it better, make it happy, basically.”

Hayes is writing a spinoff book based on another character from A Class Act. Bold Strokes Books approved the sequel, though a publication date is not yet set.

Writing began at a young age for Hayes. Her mother was a poet who often wrote for friends. Hayes put together her own poems, but as hard as she tried, she couldn’t replicate her mom’s magic.

“I wanted to imitate her, so as a kid I tried and didn’t do so well,” Hayes said.

She didn’t give up though. She graduated from the University of Oklahoma with a master’s degree in educational studies and spent some time as a playwright while in school. During that time, Hayes also wrote the short story that became the novel A Class Act.

Hayes, working on her second book, is far removed from her early days of failed poetry. She said it is a tremendous joy to finally be able to call herself a published author.

“I found that [writing] was my niche and I wasn’t just doing it because my mom was doing it anymore; it was just my thing,” she said. “It was what I had to do.”