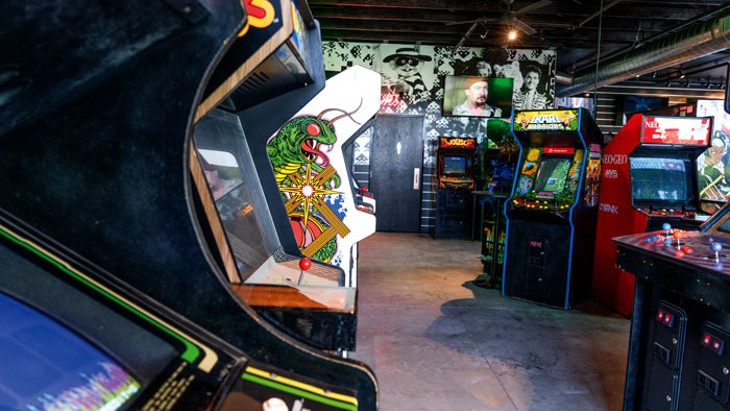 Starting with one humble location in Des Moines, Iowa, and then methodically expanding to Kansas City, Minneapolis, St. Louis and Milwaukee, Up-Down Arcade Bar went scouting for its next city.

Joey Akers, who had helped pick several of those sites, was dispatched to Tulsa and Oklahoma City to determine if there was a good spot for the growing brand.

Both cities in Oklahoma had successful arcade bars:  The Max in Tulsa and FlashBack RetroPub in Oklahoma City’s Film Row District.

Akers said they want to coexist with existing establishments and after looking in OKC’s Midtown and Uptown districts, saw an opportunity in 16th Street Plaza District in a building that had been proposed but was yet to be constructed.

Before long, they struck a deal with the landlord where they would take almost the entire structure and build out the two-story space to their unique specifications.

Two years after planning began, on Friday, Aug. 21st at 5 p.m., Up-Down opened to public, offering a blend of arcade games, pizza by the slice and over 40 craft beers on tap, most from local breweries.

In addition to a large bar on each level, there are three separate outdoor spaces with two balconies on the second level and a large patio facing 16th Street.

Visitors will find over 75 classic arcade games along with pinball, skeeball and oversized tabletop games in a space that marries nostalgia with modern elements.

“We feel like we offer the best games, and along with the pizza and beer, it all merges into a fun, social environment,” said Akers, who will serve as the local general manager.

Up-Down has the advantage of a centralized warehouse for games in Des Moines and is constantly acquiring and rotating the machines throughout its various locations. It also employs someone locally to maintain the games, as most were manufactured decades ago.

The walls are adorned with black-and-white graphics of Space Invader figures along with famous Oklahomans. Scores of large TVs will display entertainment from the ’80s and ’90s as well as sporting events.

Games cost 25 cents or one token per play, and token specials are offered throughout the week. 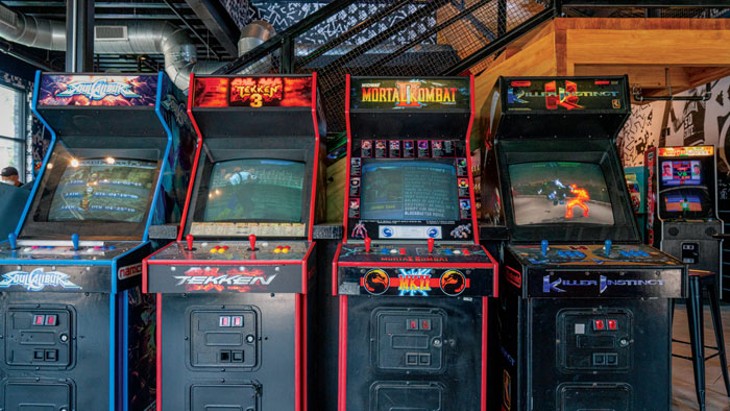 A walk-up pizza window will be open during all business hours, allowing patrons to add a slice to their tab. Six varieties are to be offered: pepperoni, cheese, meat, vegetarian, macaroni and bacon and a rotating special. Whole pies can also be ordered.

Regarding COVID-19, Akers Up-Down has ample experience, as it has been operating all five locations during the pandemic. They take the temperature of each employee before they start their shift, there are hand-sanitizing stations throughout the space and staff frequently clean the machines. Employees will wear masks and the same is asked of the guests, with obvious exceptions for eating and drinking. 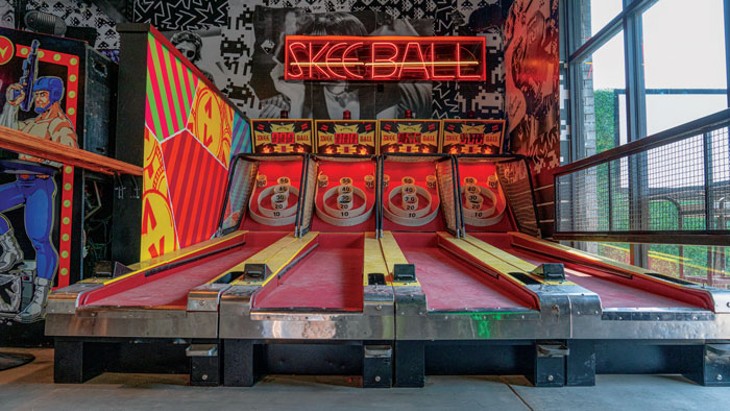