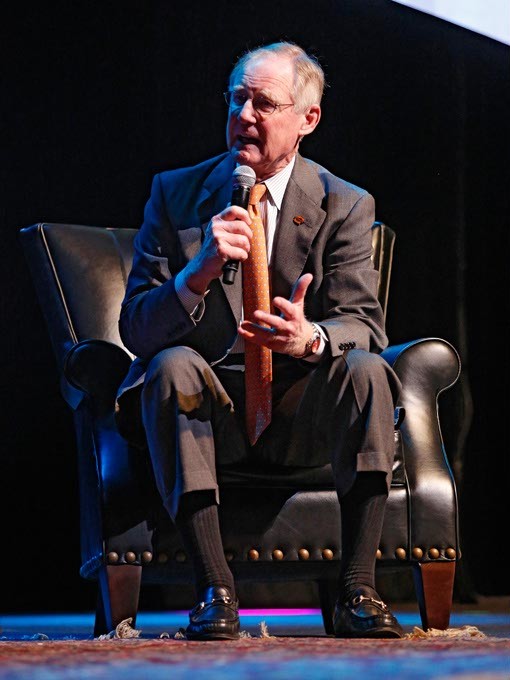 The Creativity World Forum 2015 opened with a quote from poet Charles Wright about the landscapes within us and about us and a performance of the Willy Wonka song “Pure Imagination” by Graham Colton.

These heads of the creativity project discussed its foundations, from OETA's documentary series on creative people around Oklahoma to A Plus Schools in the U.S.

“All children are born artists, the problem is to remain artists as they grow up,” Sir Ken Robinson said in an introductory video from the 2010 Forum.

Robinson introduced the ideas of education and creativity promotion, which center on three principles: humans are naturally creative, they are diverse and their lives are not linear.

He continued that there are myths about creativity, namely that only special people have it. But this is simply a matter of not cultivating it, instead becoming distracted by cultural and societal preference for linearity and stability despite the fact that these things are highly unlikely.

He referenced an answer the Dalai Lama gave at the Canadian Peace Summit.

“He was asked a question,” Robinson said, “and we were leaning in. He must have taken a minute and then said, 'I don't know.'”

It’s the fact the even one of the greatest teachers and most influential people in the world was happy to not know, to ask what others thought. It was a potent reminder that life isn't as predictable and certain, that there is chaos and we can't anticipate everything, Robinson said. We should always seek to learn and improve the creative capacities we are born with, rather than abide a system that restricts us. Only in this way can we correct some of the foremost problems facing the global system and cultivate our humanity. 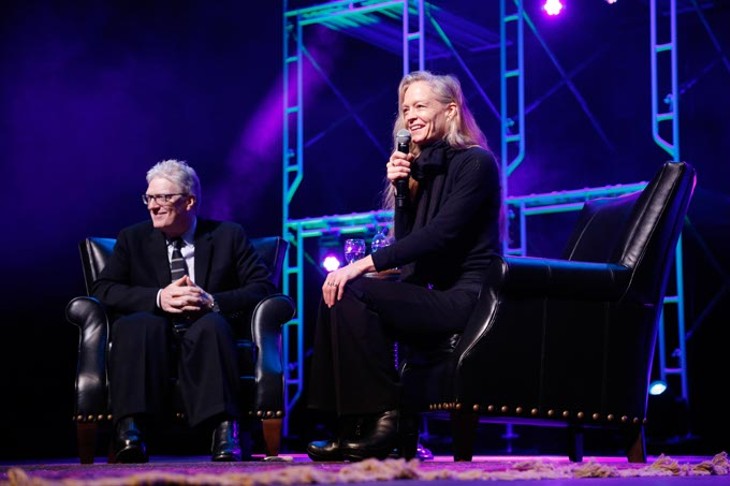 Session II lead speaker Scott Barry Kaufman was a special education student until he was in the ninth grade. He always sensed a different way of going about things, but it wasn't until a teacher pulled him aside and told him he could do more that he began to trust himself. She told him he could be his own advocate.

Kaufman convinced his high school administration to let him out of special education classes for a trial period of taking normal classes.

“I was the only special ed student to break out,” he said.

Given the opportunity, he thrived. He succeeded in classes and began taking cello lessons with his grandfather, earning his way into the school orchestra and overtaking his much more experienced classmates by practicing eight hours a day throughout the summer.

With this same passion of pursuit, Kaufman pushed through barriers and stigmas to gain a psychology degree from Carnegie Mellon and a Ph.D. from Yale. This proved one thing to him:

“This life is absurd,” he said. “There are these authorities and leaders and we think they know everything. Kids need to be taught to challenge them and be their own advocates.”

Kaufman went on to develop an alternative theory of intelligence to challenge the structures he was held against, such as GPA and standardized testing, which, he mentioned, “suck.”

His theory and neuro-developmental research found that what kids are tested and held to in existing institutions — memory, inhibition, flexibility — are only half the picture. Another half of our learning system focuses on what he calls the “Imagination Network.” This network consists of our more creative functions, things like daydreaming, future planning, compassion, reading fiction, retrieval of personal memories and reflective consideration of experiences. This other half and the associated characteristics are just as, if not more, important.

We should promote these things, Kaufman said, and learn to recognize the most important indicators of creative achievement, called “beyonder characteristics” — things like love of work, deep thinking, tolerance of mistakes, feeling comfortable as a minority of one and, most importantly, falling in love with a future version of ourselves. If these are promoted, we'll capture our potentials and move not just forward but higher into the future. 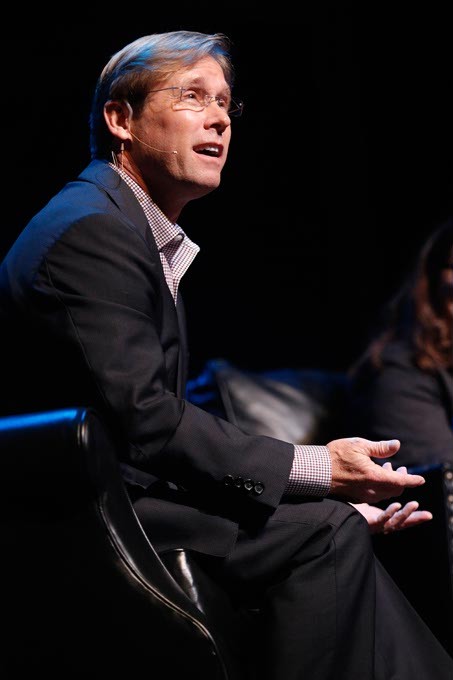 The keynote speaker for this session, Deborah Wince-Smith, introduced the idea that innovation and creativity aren't enough on their own but must be implemented.

The world is in the midst of a global shift. The 20th century industry, so heavily focused on production and accompanying infrastructure, is being replaced by a conceptual industry in which ideas reign. Wince-Smith noted that the S&P, once dependent on those 20th century industries, is now dependent on ideation industry and products, things such as patents and brands.

This ideation industry, a “conception economy,” is the focus of the coming age. Particularly within the sectors of information gathering and development in digital, biological, nano and cognitive technologies, opportunity abounds to exploit the convergence of this knowledge.

“The physical and digital worlds are converging,” Wince-Smith said.

This “data tsunami” can be collected and applied to improve not only human performance but industrial and economic performance and can go a long way in confronting and solving the most dire global issues such as famine, drought and disease.

“The innovations we develop and implement ... must be multidisciplinary,” Wince-Smith said. “Creation and innovation are at the intersection of disciplines. Artists must think like engineers, engineers like artists.”

Once we do that, we will engage our potential to embrace ourselves and form a creation nation.

As a closing note, Wince-Smith offered a metaphor. A classic anthropologist, she recounted the development of glass, from the grains of sand it begins as to the beautiful artistic pieces created with it and the global economy it generated. Glass gave navigators the ability to explore the world. It gave astronomers the ability to explore the stars.

We must create and embrace our creation, she said, to continue these explorations. 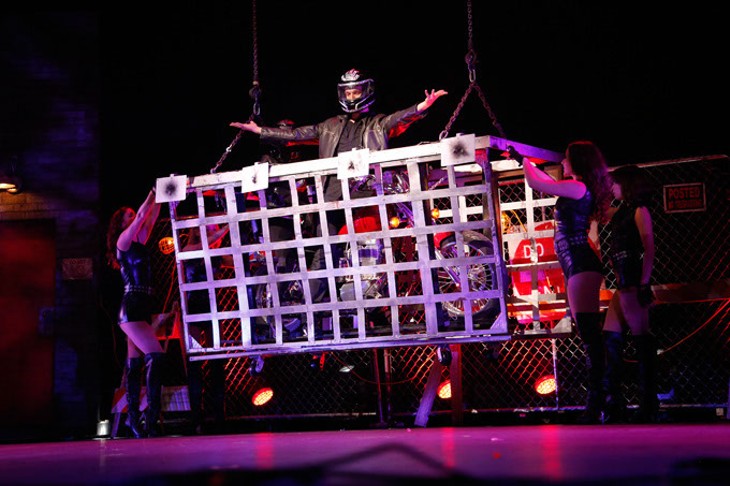 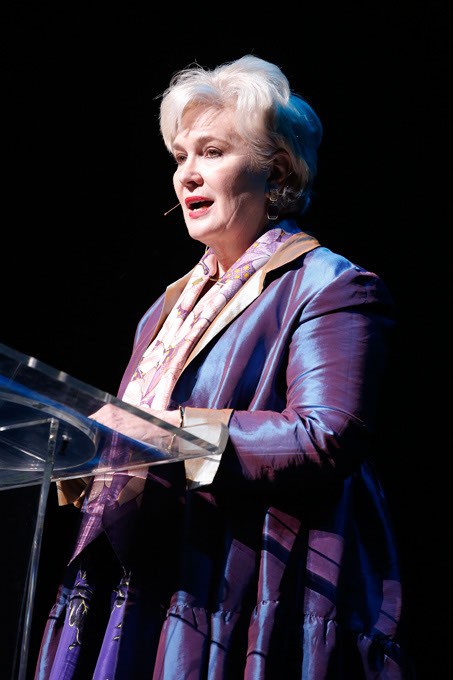 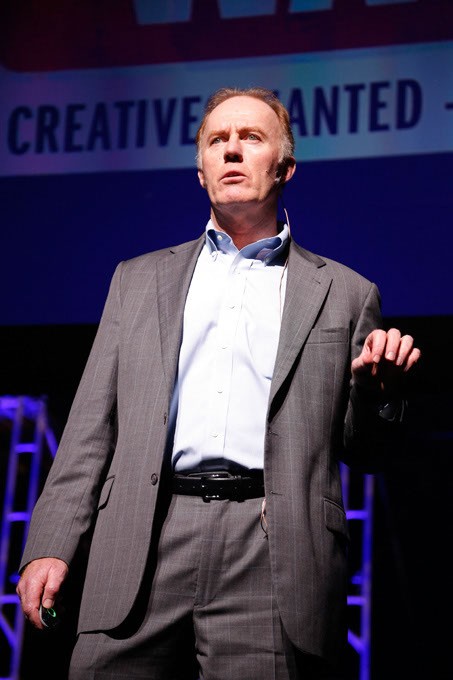 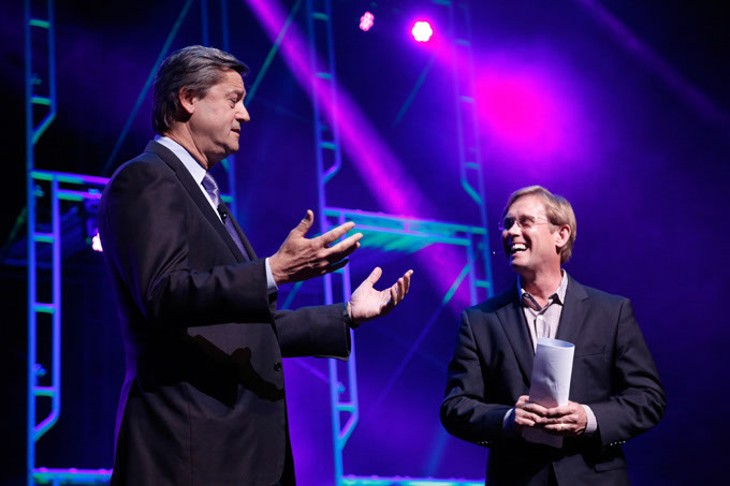 A number of workshops were offered during the mid-afternoon break from keynote speakers. Ben Michaelis, a clinical psychologist and author, gave a short presentation on failing intelligently.

Michaelis broke down the idea of success after failure by presenting three bullet points: measuring risk, observing context of failure and modifying an approach accordingly. But to begin, he wanted to make something clear:

“The world just isn't that dangerous,” Michaelis said. “And risk is essential.”

Our idea of risk is profoundly skewed from statistical reasoning by media and exposure. The extent to which we believe something can happen to us simply isn't statistically founded most of the time, he said.

“There's distress when you don't have control,” he said, “and eustress, which, for example, is a stress from a coach or parent who wants to push you further and move you beyond your boundaries.”

The difference in these reactions is based in perception. Distress occurs when you think about what could go wrong. Eustress is when you're focused on what you want to go right.

To cultivate the proper stress, the right perspective, Michaelis said that you must weigh the equation.

“Ideally, you want to take a risk where the potential for catastrophe is low, the opportunity for growth, development, learning or success is high,” he said.

After taking a risk, there's a chance you'll fail. But this is where you can change your attitude, he continued. By observing the context of a failure, we can overcome it and adapt different responses.

Michaelis provided an example of a woman seeking a boyfriend. She had little luck and tried multiple approaches — online dating, singles events, cooking classes — but even after each failure, she reassessed her preferences and created a new strategy. In the end, she found her husband in a German Formula One Racing watch party. She wasn't even German.

“All the observations in the world won't do any good unless you take those observations and do something with them,” Michaelis said.

The process can be long, but failure isn't always because of something we did. It can be context, timing or communication. What creates success is continually reframing our efforts and intelligently adapting to our failures.

“Time is our greatest benefit,” he concluded. “With the right perspective, we can use our time in varying ways that are extraordinary if we just focus on it. When something doesn't go well, I hope you can fail with intelligence so that you can succeed with grace.”

The final session of the day focused on community impact through creative solutions and included Joseph Thompson from the Massachusetts Museum of Contemporary Art (Mass MoCA); Mike Knopp, executive director of the Oklahoma City Boathouse Foundation; and a panel discussion including Serge Ibaka.

Thompson discussed the impact of introducing artist and creative institutions to struggling communities and the growth that follows.

He and the other founders wanted to bring a museum to North Adams, Massachusetts, a community that struggled with high unemployment, illiteracy, teen pregnancy and domestic abuse. Yet, with an institution and business where “customers walk[ed] out of the building with nothing [in their hands],” the change was unmistakable once the art community was brought in.

The museum focused on contemporary art of varying genre and unrelenting ambition, bringing in international installations from the likes of Cai Guo Qiang. They created a feeling of place and focused not only on educating but also entertaining their community through outdoor film screenings and dance parties.

Mike Knopp followed, describing the transformation of the Oklahoma River. 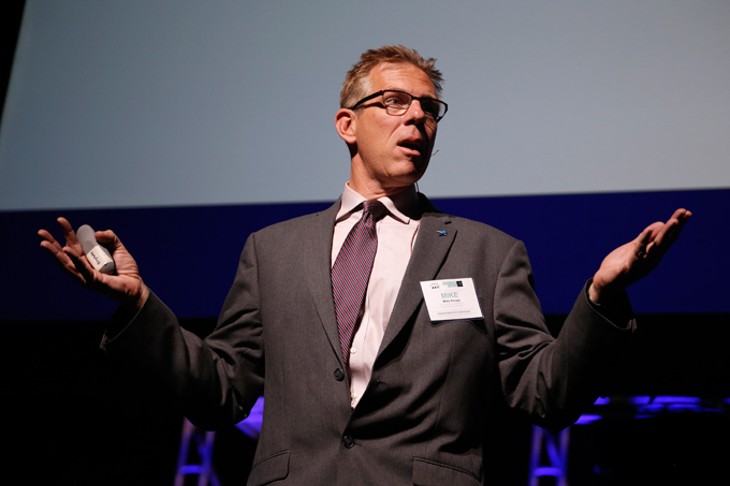 “Imagine one of the ugliest ditches you can crossing through your city,” Knopp said.

That was the North Canadian River.

At first a lovely community gathering area, the North Canadian River was drained due to city flooding. After several years as a dry drainage ditch, the MAPS project and several individuals saw an opportunity to repurpose the area.

What Oklahoma City got was the world's premier rowing and watersport facility; the home of the United State Olympic team; and a rapidly expanding cultural, social and artistic complex.

“Because why not,” Knopp explained. “We tried to do it uniquely by making it not just a row of boathouses.”

“It's about building an outdoor culture,” Knopp said. “It's about changing lives and achieving dreams.”

Wrapping up the day was an interview and a roundtable discussion with Serge Ibaka. He shared his story and inspirations regarding his childhood in the Congo and his never-ending dream.

“After all I've been through,” Ibaka said, “I know that the dream is free. When I dreamed, I didn't have money or shoes or a basketball. You don't have to be rich or have everything to dream.”

It's the dream and the creativity to meet it that makes us successful, Robinson concluded. 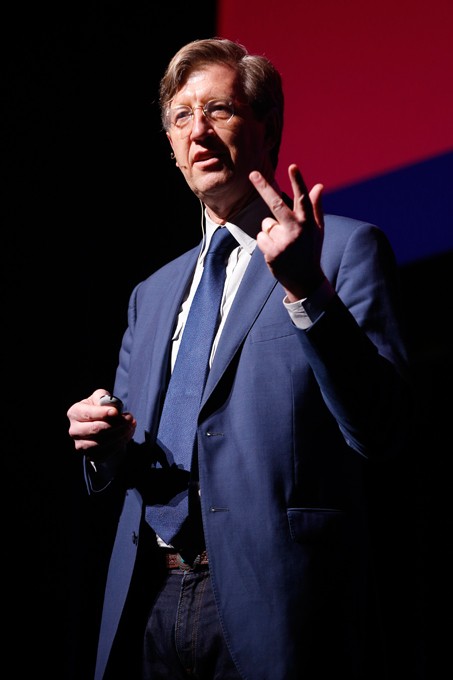