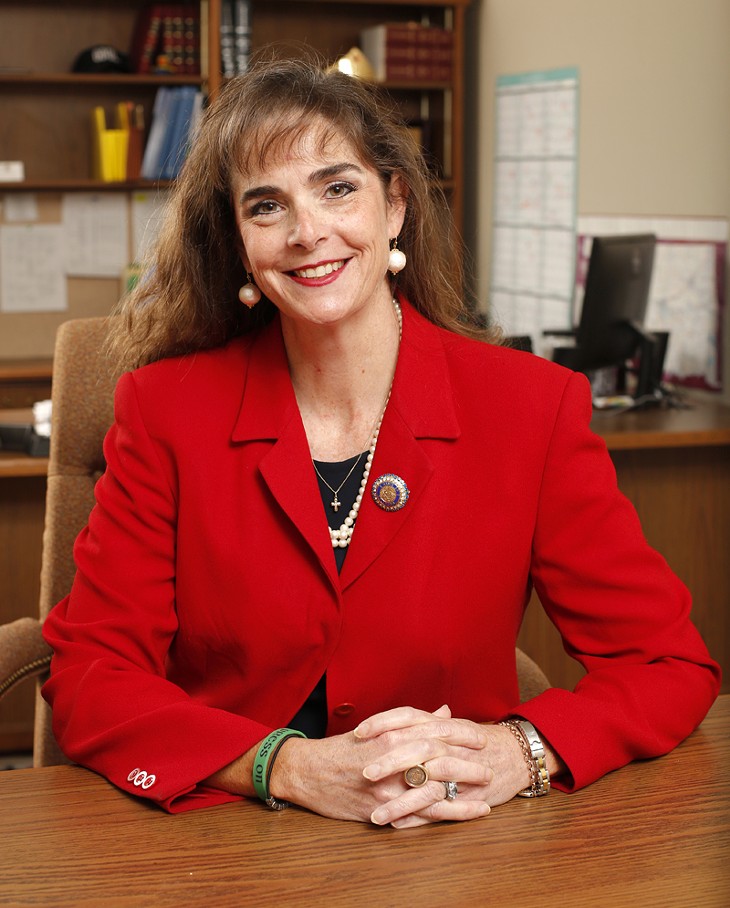 The nationwide preliminary injunction halts the overtime rule from going into effect Dec. 1. The Department of Labor could appeal the decision, which could prompt a judge to lift the injunction. The federal department estimated 48,000 Oklahoma workers would be eligible for time and a half overtime under the proposed rule.

A new U.S. Department of Labor rule that is expected to have an enormous impact on the workforce goes into effect next week, impacting some 48,000 white-collar workers in Oklahoma.

Under the new Fair Labor Standards Act (FLSA) regulations, salaried workers must get overtime pay — time and a half after 40 hours — if they earn less than $47,476 a year, double the previous threshold of $23,660. Some workers earning $47,467 or more annually would be exempt from being paid overtime.

Championed by President Barack Obama, the federal law change is intended to increase take-home pay for salaried workers — classified as executives — who regularly work more than 40 hours. In other words, employees who put in 60 hours in a week no longer earn the same amount of money as when they worked 40. Ideally, the Obama administration hopes employers raise salaries to $47,476 or workers clock every hour above 40 to earn time and a half.

While the new law was viewed as a welcome change by many of the estimated 4.2 million impacted workers across America, it’s not turning out to be the game-changer many imagined as businesses adopt approaches to ensure compliance and minimize the potentially sizable impact to their company’s bottom line.

That’s especially true in Oklahoma, where the median household income was $46,235 two years ago; the new national rule presents significant challenges to most employers. Employment experts say it’s unlikely that 48,000 workers will see a significant bump in take-home pay.

“Although it is estimated that 4.2 million workers will be affected by the new regulations, employees should realize that not everyone is getting a raise,” said Elizabeth Bowersox, an employment attorney with McAfee & Taft law firm in Oklahoma City. “Some employers may decide to reclassify employees as hourly rather than salaried, and some employees simply do not fall under the new regulation in the first place. … Gone are the days of managerial employees making $25,000 or $30,000 per year and regularly working 50 or 60 hours a week with no overtime.”

With the deadline to implement the new regulations nearing, many human resource professionals and business owners are moving quickly to figure out how they’ll respond to the changes, said Lindsey Nichols, a human resources professional who serves as director of the Oklahoma State Council for Human Resource Management.

“The intent of the regulation was to grant overtime to more workers,” Nichols said. “The reality is that most employers cannot afford a substantial increase to their payroll budget. Employers must make adjustments to employee pay, schedules and duties to ensure that the financial impact does not prevent them from accomplishing other company goals.”

U.S. Rep. Tom Cole, a Republican representing south-central Oklahoma and chairman of the House Appropriations subcommittee on Labor, Health and Human Services, included language in a 2017 appropriation bill to prevent the rule.

“I am a strong supporter of small business in America, and I am also a strong advocate for improving the lives and livelihood of middle-class families,” Cole wrote in an Oct. 31 column titled, This Rule Can Put You Out of Business. “Unfortunately, these new overtime rules do damage to both of these groups. Congress would be wise to pump the brakes on this proposal and to advance proven, free-market economic policies which help small businesses thrive and their workers prosper.”

Republican U.S. Senator James Lankford proposed a bill to delay the rule’s implementation from Dec. 1 to June 1. The Oklahoma City lawmaker said the rule goes “too high, too fast” and many business owners are unaware of the new regulations.

In a September letter to Attorney General Scott Pruitt, Houston wrote, “The minimum salary level of $913 per week ($47,476 annually) may be too high of a mandate to force compliance on a state like Oklahoma. This level of income, which defines so-called ‘white-collar employees,’ is greater than the Oklahoma median household income. … The difference in the cost of living in Oklahoma compared to, say, New York or California, should be properly considered before making an across-the-board revision; one size does not always fit all.”

The new rule also automatically increases the minimum salary level every three years, another concern of the state Department of Labor, Houston said.

“To automatically raise salaries every three years without rule-making is not how our system of government was designed to work,” Houston told Oklahoma Gazette.

Oklahoma is one of 21 states challenging the law in federal court on such concerns. The complaint urges the court to prevent the implementation of the new rule, and a federal judge could issue an injunction just before the Dec. 1 implementation date.

Oklahoma State Council for Human Resource Management has guided its members on the new regulations. Since May, monthly meetings included discussion on the FLSA regulations and members sharing strategies for coming into compliance.

“Those strategies began with a review of existing job descriptions, analyzing current compensation and hours worked,” Nichols said. “After initial assessments were made, strategies were developed to minimize the impact of the regulations on organizations.”

Groups like teachers, blue-collar workers, first responders and some sales workers do not quality for the new change in exemption. Generally, employees classified as executive, administrative and professional will be impacted under the new federal law.

After analysis, employers were left with substantial decisions, said Bowersox, whose law firm has worked with clients to aid with compliance.

“Employers who have employees who are currently classified as exempt under the executive, administrative or professional exemption but who make less than the $47,476 amount will have to decide whether to raise the employees’ salaries so they can keep the exemption or whether they should be reclassified as hourly employees,” Bowersox said. “The decision whether to give a raise will depend on many factors, including how many hours the employee generally works, how close they are to the new salary amount already and the administrative costs of tracking. These are decisions that will be difficult to make overnight.”

The U.S. Department of Labor recommends employers either raise workers’ salaries above the new threshold, pay time and a half for overtime work or limit workers’ hours to 40 per week. Some employers plan to enact a combination of those three recommendations.

As more employers announce reclassifying salaried employees to hourly, it appears the new rule will have little impact on compensation levels. Instead, workers should expect a major shift in the white-collar workforce environment.

“We are telling our employees that now, not only will you be an hourly employees, but you must keep record of your hours worked and will be paid accordingly,” Nichols said. “We also are telling those employees who are now being classified as non-exempt that they won’t have access to company email after hours. If they have a doctor’s appointment, they must clock out and now substitute that time with paid time off or work longer hours to ensure they work at least 40 hours that week.”