After working under some of New Orleans’ most famous names, chef Reuben Carey shares his talents at Rew Orleans. 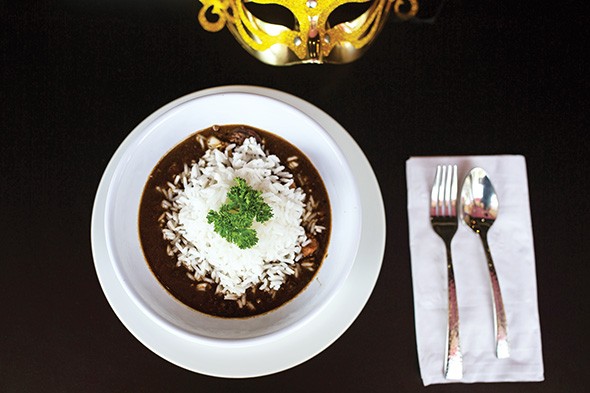 Even after training under some of New Orleans’ most renowned chefs, Reuben Carey’s biggest culinary influence remains his paternal grandmother, Jonamae.

Carey started Rew Orleans Catering after moving to Oklahoma City four years ago and has a permanent home at Alley Café, 447 NW 23rd St., where he is able to showcase his cooking style that combines soul food and Creole dishes inspired by his grandmother.

“I was always the prep chef for my grandma,” Carey said. “While other kids were outside playing, I was in there cooking with my grandmother, and it went from chopping everything up to her showing me her recipes. She told me that this would get me further in life if I learned how to cook for people, and I took heed to what she said.”

He learned to elevate family recipes, first by attending Treme Corner Culinary School in New Orleans, graduating in 1999. The culinary school closed after Hurricane Katrina sent the city underwater in 2005, and Carey had to fight to survive.

“I lost all my belongings in Katrina,” he said. “I was on the roof [of my house] for a few weeks.”

His professional career in New Orleans started at Dooky Chase’s Restaurant under Leah Chase, the “queen of Creole cuisine,” who turned her restaurant into a haven for those on the front lines of fighting for equality during the height of the civil rights era, and the restaurant remains an institution following her death in June.

“She was one the best chefs I’ve ever worked with because she was so honest and didn’t cut any corners,” Carey said of Chase. “She treated me like I was her child. I loved working for her.”

From Dooky Chase’s, Carey went to work under another New Orleans icon, Emeril Lagasse, at his eponymous restaurant. He said he ran into the celebrity chef a few times, but Lagasse was busy building his restaurant and television empire.

He took the unusual job of cooking aboard offshore oil rigs, a position that required 28 days aboard and seven at home, but Carey credits the unique environment for strengthening his skills. 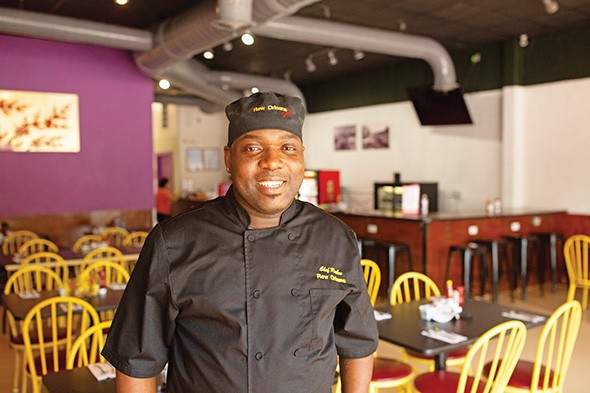 “Working offshore, you have to cook everything from scratch, so it elevated my skills a little bit,” Carey said. “You’re cooking for the oil riggers, and they wanted fresh food, none of that boxed stuff. It was awesome.”

He worked offshore for seven years before Katrina hit. He found refuge in Dallas, where he eventually got a job with Olive Garden and a local school district. Olive Garden moved him to Oklahoma City about four years ago.

Carey started Rew Orleans as a catering business while also working as kitchen manager for Red PrimeSteak. While working at Red Prime, Carey met Joseph and Teresa Tran, owners of Alley Café, who were looking for a chef to take over the restaurant.

“They believed in me as a chef, and I told them that I could change the concept up and bring New Orleans to this area and we’d be successful,” he said.

Rew Orleans served its first meals in the Alley Café space at the end of June and opened for lunch July 9. It plans to begin a weekend brunch service in the coming weeks.

“You should’ve seen how many people said, ‘You spelled the name wrong.’ I’d have to go out and correct them.” — Reuben Carey tweet this

The outside of the restaurant now has silhouettes of a second line Mardi Gras parade, and tables are adorned with Mardi Gras masks. The menu is filled with decidedly New Orleans offerings. Appetizers include crab cakes, seafood toast, spicy barbecue meatballs and a New Orleans staple, barbecue shrimp, which showcases Carey’s signature spice blend. The sauce is made with Worcestershire sauce, chicken broth, lemon juice and a fresh Creole seasoning that includes fresh roasted red pepper and parsley stems among a few other secret ingredients.

“[The seasoning] gives it a depth of flavor,” he said. “It’s a concoction that I use to make barbecue sauce mixed with some Korean barbecue sauce that [the Trans] already had in the kitchen. It’s a different style. I don’t keep the heads on the shrimp because I don’t want to freak people out.”

Carey’s gumbo is a standout. It is shrimp, chicken and sausage served with jasmine rice and dark roux gravy enhanced with filé powder early in the cooking process.

Po’boys are served in huge portions, enough for one hungry person or two people. Rew Orleans offers roast beef, catfish, sausage and fried shrimp as well as a muffuletta, the combination of olive salad-cured meats on a round sesame roll that started at New Orleans’ Central Grocery. 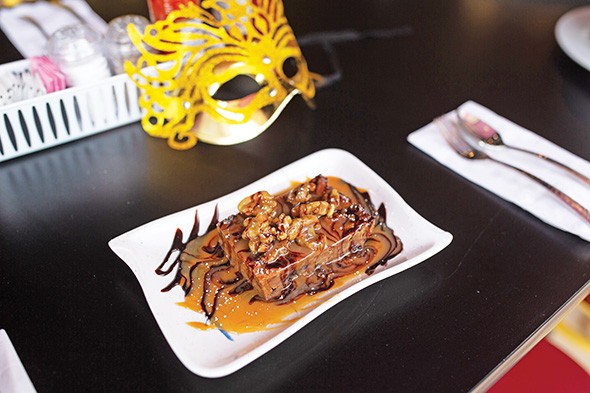 Bayou beef tips and mash are cubes of beef marinated for 24 hours before being slow-cooked and served with brown gravy, mushrooms and shallots over garlic mashed potatoes. Other entrees include shrimp and grits, red beans and rice, crawfish and shrimp étouffée, stuffed red bell pepper with beef and shrimp and Second Line Pasta with crab and shrimp in a cream sauce over penne.

“Since we’ve been open, 85 percent of the plates are empty,” he said.

Carey also offers five-cheese macaroni and cheese that can be paired with chicken, shrimp, lobster or all three. Cajun Jam is his version of jambalaya served in a deconstructed manner with the chicken and sausage cooked separately from the rice and holy trinity (onion, celery and green bell pepper).

Rew Orleans serves beer and wine, and Carey hopes to have its liquor license in place by football season so he can serve Bourbon Street staples like daiquiris, hurricanes and hand grenades during New Orleans Saints watch parties. Rew Orleans’ menu is full of plays on words, which he said is also part of the restaurant’s name, which is in reference to his first name as well as a gumbo roux.

“I want people to ask the questions,” Carey said. “You should’ve seen how many people said, ‘You spelled the name wrong.’ I’d have to go out and correct them. I want to be different.”