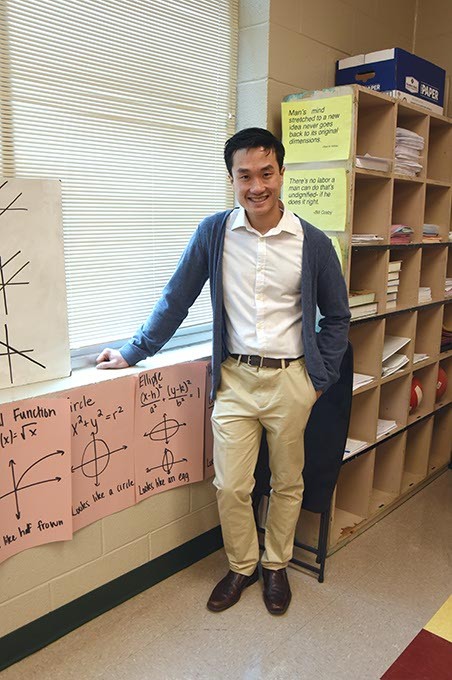 With more than 80 percent black or Hispanic students and 95 percent of students classified as living in poverty, test scores in nearly every core subject area have risen since 2011. On the A through F report card, which district officials have criticized, U.S. Grant is a B school with a score of 85.

“Grant was in the middle of a radical change when I got here,” said Lam Pham, an Algebra II teacher who is in his third year at the south Oklahoma City high school. “It seems like everyone on the [teaching] team is very capable, and we work together in some great ways.”

The school saw dramatic increases in other core subjects during the same time period, including a 50 percent boost in geometry, 24 percent growth in English and a 45 percent gain in history. End-of- the-year tests in Oklahoma have evolved over the last few years, and more change appears likely, but the sizable gains show a strategy that district officials could employ at other high schools.

“Everything we do here is based upon statistics,” Principal Clay Vineyard said. “We track data on everything.”

A few years ago, before Vineyard’s arrival, the school received several million dollars in school grants used to improve professional development among teachers. After shuttering half of its staff a few years ago, U.S. Grant rebuilt its teaching core and adopted a new philosophy of regular testing with pinpoint data analysis in an effort to discover what students know, what they don’t and why.

“We meet and we collaborate, but it’s more than that,” said Vineyard of the professional learning community (PLC) system used. “We make sure that our teaching is completely aligned.”

Common formative assessments are tests issued every two weeks and designed to mirror the end-of-the-year exams. Vineyard can pull up a chart on his computer that shows the results of a 20-question test and the percentage of students in each class who got it right.

“We want to first look at the positives and see who did well,” Vineyard said. “What strategies did he use that aren’t being used in another class? Then we look at what classes aced this [question] and what class bombed it.”

Using that data, teachers of a certain subject can share strategies that work in some classes and determine what works best. Vineyard said it’s a system that shows the value of data in modern education, along with the need for testing. 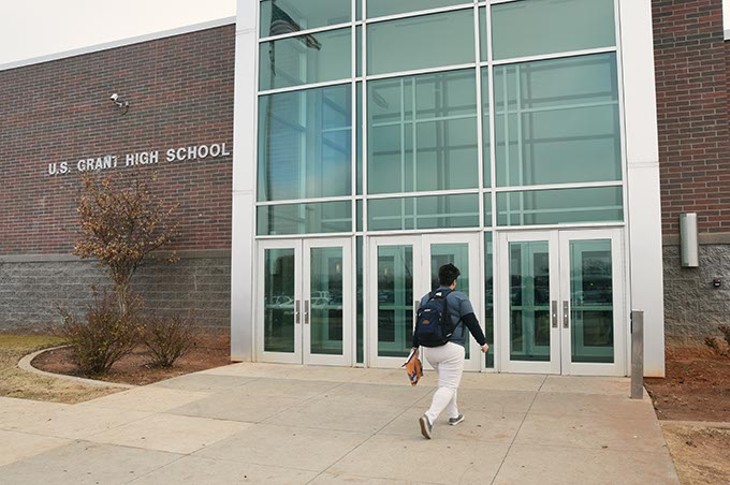 “You hear a lot of criticism about testing, and people will say we test our kids too much,” Vineyard said. “But we want to test our kids a lot. The whole reason for an assessment is to know if the teaching you have been doing has worked. We want to know very frequently what we are teaching is being absorbed and learned, or else it’s worthless to do it.”

U.S. Grant’s success appears to back up the claim that data, accountability and quality teachers combine to make a big difference in education. It is also proof that academic success is within reach of urban school systems.

“The fact that there are so many voices in the room and the fact that we are sharing strategies and looking at each other’s best practices is a big help,” Pham said about his team of teachers. “I think we got a much better idea of where our students were and then picking up the students that were behind.”

Pham said the collaboration between teachers, with data to support ideas, is a major factor in improved academic performance.

Consistency of teachers appears to also be a benefit at U.S. Grant, as Pham is entering his third year and said it’s easier to work with a team of teachers who have been around for a while.

Utilizing data is not just a process for teachers. Teachers make students keep folders that show every standard they have to know, and the students must track how well they know it.

“How many times in school did your parents say, ‘How are you doing in school?’ and you just said ‘OK’? That’s because you didn’t know. These kids know how they are doing and why.”

Vineyard said the system at U.S. Grant holds teachers, administrators and students accountable to high standards but offers a blueprint on how to reach those standards.

“It is painstaking work, and we have people here who are committed to kids,” Vineyard said. “You have to have the staff that is willing to do it. It’s hard to find teachers like we have, and that is a real reason for the difference.”

Print headline: Success Granted, U.S. Grant High School has seen a rise in test scores thanks to a combination of data analysis, teachers and the students themselves.