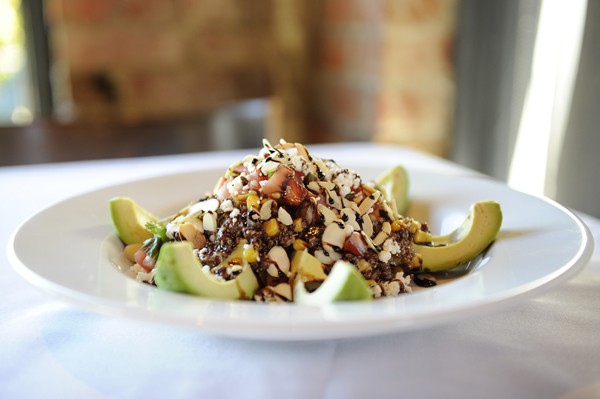 Those were the fateful words that did me in. Driving past Smokey’s BBQ, 2410 N. Portland Ave., I remembered that owner Jerry Coles said the restaurant was safe for vegetarians and vegans because many of the sides are meat-free. When I told my friend, she scoffed.

Sides, she told me, do not a meal make. She and her husband were vegans for a few years, and the complete bafflement with which people treated them was infuriating.

“Have you ever been vegan?” she asked. “When is the last time you ate vegan for even one meal?”

It was a good question.

As the staff writer in charge of reporting metro restaurant news and reviewing eateries, vegan meals are few and far between, especially in a state known for its love of beef.

It was during that pause, contemplating the last vegan meal I’d eaten, that she issued a challenge: Try being vegan for three weeks.

There are several definitions and divisions among vegans, but the basics of a vegan diet is that one doesn’t include meat, fish or birds or any byproducts that come from animals, including cow and goat milks, eggs and honey. Also taboo are foods made with animal products, and there are a lot of them.

Some vegans take the diet to the next level and eschew any clothing made from animals or including animal byproducts, so say goodbye to that leather jacket.

The most maddening part of the vegan diet is also one of the most beneficial: To ensure they aren’t consuming any animal byproducts, many vegans stick to fresh, plant-based foods. It’s pretty healthy, but it means cutting out most convenience foods.

Gelatin comes from boiling leftover parts of pigs and cows, including skins, horns, tendons and bones. Beef and chicken broth are out, as are lard and tallow.

Looking over the ingredients in a package of veggie burgers from a local grocery chain revealed an unfamiliar substance: casein.

Casein is a protein derived from animal milk that is used in all sorts of products, including paint and some plastics. It acts as a binding agent, which is why it ends up in some otherwise-vegan products.

It was the first of many “Is this vegan?” searches on my phone. 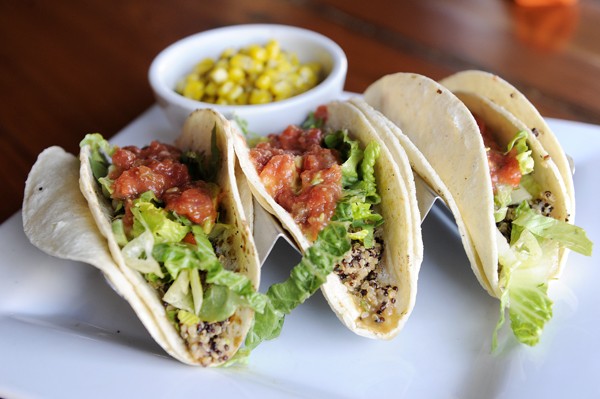 Like an idiot, I chose to start my three weeks of vegan eating on Fourth of July weekend, when the entire state smells like grilled burgers and corn on the cob slathered in butter.

Getting through the day was difficult. Some people take great pleasure in teasing others about the food they can’t have. Without many groceries or options, much of Independence Day was spent celebrating a short-lived freedom from satisfaction.

Well before embarking on the challenge, I began compiling lists of local “vegan musts.” The metro might not be a vegan paradise, but it’s pretty nice for those willing to look around.

Not everything on the menu at Elemental Coffee Roasters, 815 N. Hudson Ave., is vegan, but with Elena Hughes leading the kitchen, there are plenty of animal-free options.

Tofu, like any other protein, is only as good as the person cooking it, and Elemental’s staff knows its way around a soybean. The tofu scramble breakfast burritos have an eggy texture with a delicious curry seasoning.

Anyone with a busy day planned should consider ordering a vegan Smokie Dokie, a barbecue tofu banh mi, or a Joan Rivers, which is smoked tempeh with sauerkraut and local mustard on German rye, to go.

Green Goodies, 5840 N. Classen Blvd., was another revelation. The vegan veggie wraps and bowls are filling and flavorful — two things most meat eaters mistakenly associate with vegan diets — but the vegan cupcakes are the real draw. 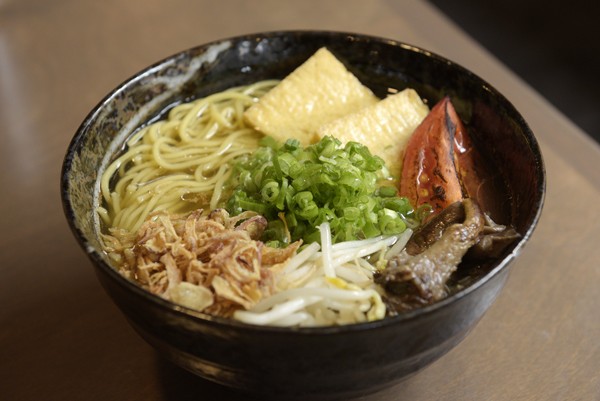 “Oklahoma City really has made some serious progress in the last three years, not only with vegan options, but with a plethora of other specialty foods and diets,” said The Loaded Bowl owner Tevin Grupe.

“When setting out to eat less meat or dairy, your aim should be to adopt a diet that you can enjoy long-term, because your preferences don’t change overnight. If you start out thinking you’re going to radically change everything about the way you eat, it will be really hard to stick with it,” she said. “A lot of The Loaded Bowl recipes are created with that in mind.”

With a menu inspired by comfort foods, the food truck serves “totally new dishes that are still familiar,” she said. One of the most popular is cashew mac and cheese, which hits all sorts of satisfaction buttons at once.

The community’s laid-back food culture also is reflected in other vegan menus. The Wedge Pizzeria, 4709 N. Western Ave., has long fed plant eaters. After a recent menu refresh, the eatery made The Brandon (a pizza with pesto, roasted onions and bell peppers, spiced walnuts and pepperoncinis) an official item.

General manager KC Ortega said vegan pizzas have always been available for those who asked, but she wanted to make sure everyone can order them. 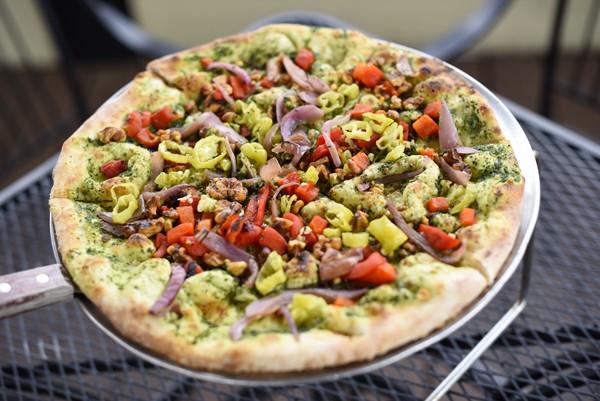 It’s becoming much more commonplace for restaurants to focus on vegan fare.

Diners can almost always find Cheever’s Cafe, 2409 N. Hudson Ave., at the forefront of the local food scene. Though it’s well-known for its meaty jalapeño chicken-fried steak, the chef-driven concept added a quinoa avocado salad to the menu in recent years to offer a tasty meatless option.

Their philosophy is similar to that espoused by Picasso Cafe director of culinary operations Ryan Parrott, who said the key to creating great vegan dishes is simply to concentrate on making great food. Though the menu predates Parrott’s tenure with the venue at 3009 Paseo Drive, Picasso Cafe is a favorite with vegans because of its focus on sating customer hunger with plant-based versions of Oklahoma favorites. Quinoa tacos and “chicken-fried” portobello mushrooms have all the spice of their traditionally meaty counterparts.

Three weeks into being a vegan, it became abundantly clear metro restaurants understood the need for more meatless options and filled it.