Soldiers with PTSD have resources available to help them cope with trauma when they’re ready. 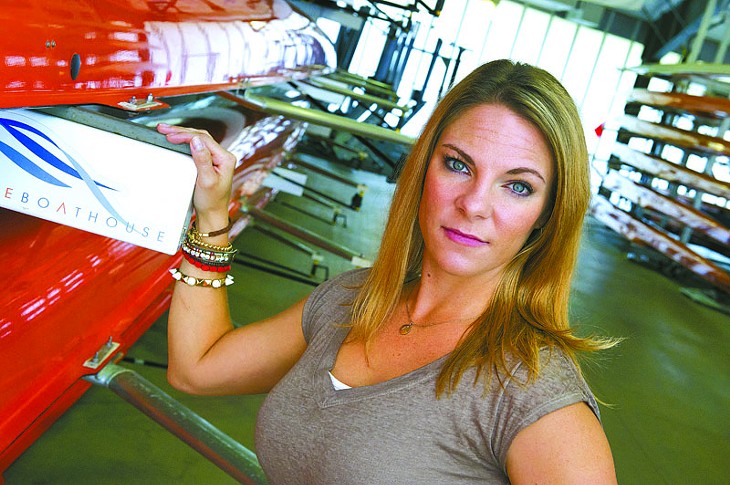 Soldiers with PTSD have resources available to help them cope with trauma when they’re ready.

As a high-ranking female with the Oklahoma National Guard’s field artillery, Sgt. Kristy Fleshman didn’t want to leave fellow women behind. That’s why she hid a concussion and neck injury sustained before a 2008 tour in Iraq. This physical pain coupled with the stress of war led Fleshman to develop post-traumatic stress disorder (PTSD). When she first returned home, the sergeant received medical attention for the physical, not the emotional, strains. “It took me five years to seek help [for PTSD],” Fleshman said. “That’s how long it took for me to lose everything.” In this time, her marriage and job ended, and she isolated herself from family and friends. “I was reacting inappropriately in a civilian setting,” Fleshman said. “I was too aggressive and too assertive. I lost a lot of the things I worked hard on.” The National Institute of Mental Health reports about 7.7 million Americans are affected with PTSD. Along with veterans, people from various circumstances and ages have developed PTSD, including those who have experienced abuse, natural disasters, torture, accidents or other traumatic encounters. But for many, like Fleshman, it’s a long road to recovery.

First steps Sarah Rahhal, chief operating officer at NorthCare, a behavioral health center in Oklahoma City, said when comparing children and adults who have PTSD, symptoms are similar but the age groups can react in different ways. “Children often get stuck and keep reenacting play or doing the same scenario over and over, while adults have more flashback triggers and difficulty concentrating,” Rahhal said. Once symptoms are identified, Rahhal recommends finding a therapy option that makes the sufferer feel comfortable, even if it takes trying multiple health professionals or support groups. For Fleshman, asking for help meant facing a fear of being stigmatized for her gender in a military setting. “I just didn’t want someone to say because I’m a woman, ‘You can’t handle this,’” she said. After feeling hopeless for several years, she found help from the Oklahoma City Vet Center, which is operated by the U.S. Department of Veterans Affairs. “It’s very small ... and I get one- on-one face time with a counselor,” Fleshman said. Another way she received support was by joining a rowing team, which received equipment from Chesapeake Energy and uniforms sponsored by Warriors for Freedom, an Oklahoma City-based nonprofit dedicated to helping physically and mentally injured veterans and their families. Maj. Ed Pulido, Warriors for Freedom founder, experienced PTSD after a roadside bomb during 2004 combat in Iraq caused him to lose his left leg. Now that he has overcome suicidal thoughts and particularly dark moments, he advises anyone dealing with PTSD to seek out one or more of multiple resources available in the OKC area. A key focus of the Warriors organization is offering a variety of social activities for veterans. “You are still a strong warrior,” Pulido said. “Don’t let your life go into a spiral. Don’t worry that your career is going to end. You want to be resilient, and that means getting back up. As down as you may be, you can’t give up on your life.”

Support Family and friends might wonder how they can provide support. Fleshman believes while you can’t force someone to seek help, one way to reach out is engaging a person’s interests. “Know the interests and do those interests with them and observe them,” Fleshman said. “They’ll talk when they’re ready. I go to the movies or watch Thunder games with my family, and there is no pressure there.” Another way to give helpful support, advises Fleshman, is by encouraging a loved one to get involved in a peer-to-peer group in which they can share their story with someone who understands the situation. Ultimately, it’s important to remember to never give up. “Anyone who has gone through a traumatic event has their relationships and worldview shaken,” Rahhal said. “They need someone to be there and listen and help guide them to someone who can give professional help.” Fleshman admits she doesn’t feel like she has overcome her struggles yet. But each day, she’s making steps in the right direction. “I’m still not there, but I’m not going to quit because it’s going to get easier,” she said.