The Association of Central Oklahoma Government's hosted a public forum Tuesday night to gather public input on the future of transit planning in the Oklahoma City region.

City and transit leaders have been working on a proposed regional transit plan for the past few years and that plan is now being promoted to leaders from area cities. You can read about that plan and Oklahoma City's involvement here.

Here are three things to know about ACOG's forum and the work towards a regional transit system. 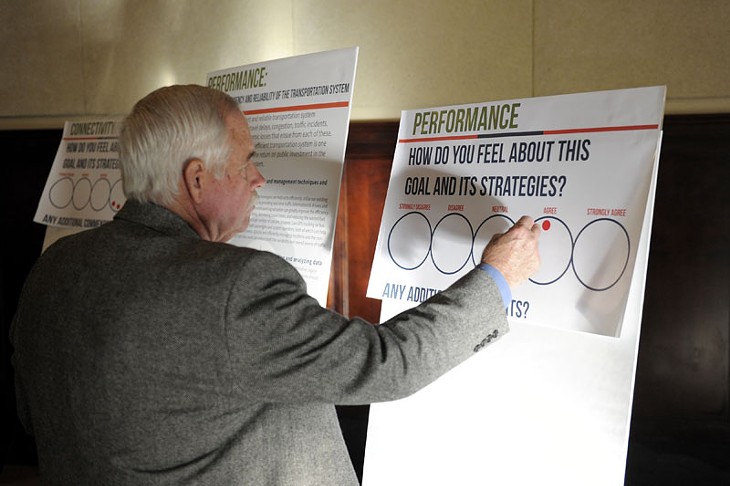 While public transit ridership in Oklahoma City has risen slowly in recent years, officials with ACOG say the feedback they are receiving from citizens is that they want more transit options, such as streetcars, commuter rails and enhanced bus service.

2) Regional support appears to be building for system

Danny O'Connor, ACOG's transportation director, said the support of regional cities for a regional transit plan is strong. While many metro areas often struggle to get city leaders on the same page, O'Connor said Oklahoma City seems to be a step ahead in that area.

Transit advocates say the Greater Oklahoma City Chamber of Commerce has increased its support for a regional transit system, which could be an important ally in the push for a regional system.