Oklahoma County Sheriff’s Office is forming a citizens advisory board to better engage with the community and promote transparency. 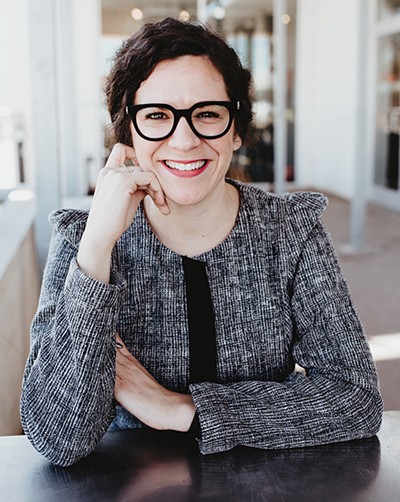 Oklahoma County Sheriff’s Office recently announced its intent to form a citizens advisory board (CAB). The board will advise the sheriff’s office with regard to “community-police relations and best practices,” according to a press release.

Members of Voices Organized in Civic Engagement (VOICE), a coalition of churches, nonprofits and schools, came up with the idea of a CAB for the sheriff’s office in 2017, said Sundra Flansburg, co-chair of VOICE’s restorative justice team.

“We came up with that as a tool to start working on some of the conditions that we were hearing about from people and families who had loved ones in the jail,” she said. “We were concerned about conditions that we were hearing about and safety and the fact that ... people said they were trying to file complaints and there wasn’t a very transparent process for doing that or getting feedback on it.”

The CAB will be a great way for citizens to learn more about the jail and provide input on potential solutions for issues, Flansburg said. She hopes bad conditions can be resolved and inmates and their families get more of a voice in terms of filing complaints and getting them addressed.

VOICE hosts accountability sessions for candidates running for public office and asks them questions on the record. When Sheriff P.D. Taylor was running for county sheriff, he promised to work with VOICE to set up the advisory board.

“When Sheriff Taylor was elected, we then did some research and there weren’t any CABs actually in Oklahoma at that time. So we were looking at other cities and models and had some conversations with Sheriff Taylor about how to get that going and what it might look like, and that kind of happened through 2018,” Flansburg said. “I will say that when Carrie Blumert got elected to [Oklahoma County District 1 commissioner], she told us she wanted to get that done. She wanted to kind of put a little more energy into it and get it done in her first 100 days.”

VOICE met with other county commissioners in the past, but Flansburg said there wasn’t as much eagerness to move on it like there was with Blumert.

“I was all for it because my goal as a commissioner is to work very closely with our sheriff’s office in making some big changes at our jail and lowering the number of people we put in our facility and connecting them with good treatment and then potentially building a new facility in the future,” Blumert said. “It seems like a natural way to bring citizens into the conversation of criminal justice at an extremely local level. I mean, your county jail is the most local level of the criminal justice system.”

After former sheriff John Whetsel retired amid controversy surrounding mismanagement of funds, Blumert said people started paying more attention to what was going on in the sheriff’s office. She feels like a board made up of citizens is a great way to keep the public informed and give the sheriff another way to communicate.

“VOICE had met with [Sheriff Taylor] before I was elected, and he was open to it. Then, when I sat down with him and talked about it, I think the fact that a commissioner was very supportive of it kind of nudged them along,” she said. “But he was always open to it; it wasn’t like it took a lot of convincing.” 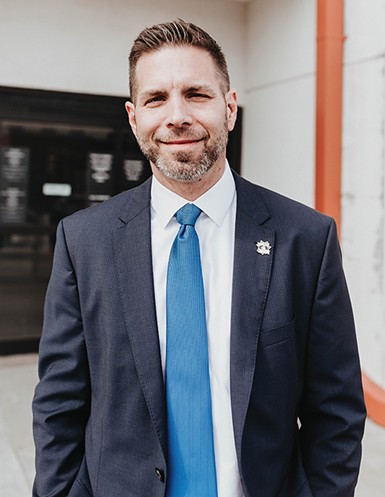 Mark Opgrande, Oklahoma County Sheriff’s Office spokesman, said Taylor felt it was a great idea. He said once Blumert was sworn into office in January, she became an important catalyst to move forward on the board. They took a program from the U.S. Department of Justice (DOJ) to help model Oklahoma’s CAB.

“This will be about the entire agency, not just the jail. It’s going to be an advisory board that’s going to go over the entire agency because we want to make sure that we cover everything that we do,” Opgrande said. “So we are in the very beginning stages right now. We don’t know how many people will be on the board, how long they’ll serve, how long they’ll meet — those are all things that we’re trying to work out right now.”

Opgrande said there is not a set date for the board to be up and running, but Blumert hopes to have applications out in the next few months and the CAB operating by July 1, the start of the fiscal year. Blumert would also like the board to be made up of at least 20 people.

“When we do have the selection process, we want it to be as unbiased as possible, and we want as many different types of people — people from different backgrounds, different ethnicities, different sexual orientation, everything. We want a very diverse group to have their eyes on this,” Blumert said.

Officials are working with a DOJ representative in Dallas to help get the board started. Opgrande said the main purpose is to engage the community and gauge how it thinks community-police relations should look.

“We’re always looking for input on how people think their money should be spent and how we should operate. What we should focus on? Do they want us to focus on property crime? Do they want us to focus on speeders, traffic violations? Those are the kinds of things we’d like to get feedback from the board on,” he said. “It’s a two-way street. We want to come out with solutions.”

The CAB will also give the department feedback on the ongoings of the jail and any programs that fall under the sheriff’s office.

“We want to engage the public so they understand what this facility is, what it’s about, its deficiencies, which of course are many,” Opgrande said. “But then also to know about our [School Resource Officer] programs, our judicial services, the courthouse security that we run. So it’s all-encompassing. We hope to get answers on a lot of things and a lot of feedback on all of our operations.”

The board will be a good way for the public to be more aware of things that are going on in the department, Blumert said.

“We’re not creating this group just to make the sheriff look good. We’re creating this group to give the public a little more transparency. If something comes up that they don’t like or they disagree with or they’re concerned about, we can have a constructive conversation and work together and try to figure it out,” she said. “I am very excited that we’re starting this. One of the ways I approach being a commissioner is trying to work with the community as much as possible and getting input from the right people. I mean, I answer to you all. You guys put me in this position, so I want to be as transparent as possible, and I think this is a pretty good way to do that.”