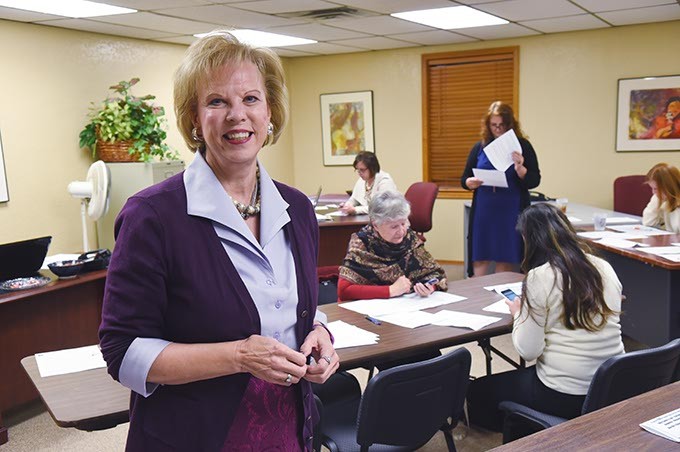 The Institute for Economic Empowerment of Women, headquartered in Oklahoma City, is celebrating its 10th year of training female entrepreneurs from Afghanistan and Rwanda. The nonprofit group aims to help them expand their businesses and prepare them for future growth.

That, however, was not its original purpose, said Terry Neese, Institute for Economic Empowerment of Women (IEEW) founder and CEO.

“I actually started the organization to educate women entrepreneurs in the United States on public policy and the importance of being involved in their government,” she said.

Neese wrote a book on the topic, Power Tools for Women Business Owners. She was then contacted by White House and U.S. Department of State officials in 2006. They wanted her to assist the newly formed Afghan Women’s Council’s efforts to educate female entrepreneurs in Afghanistan.

“That led to a trip via the State Department to Afghanistan in the first quarter of 2007 to spend a week on the ground in Kabul and visit with women entrepreneurs about their needs and concerns,” Neese said.

There, she learned that many women owned businesses before the Taliban took control. Many were forced into reclusion, and their businesses were shuttered.

Their situations improved after the war in Afghanistan.

“They were starting up companies again and really didn’t know how to do that,” she said.

IEEW was born after that trip.

“On the trip back, I started thinking about how I could assist these women,” Neese said. “I put a plan together that would include curriculum from a major university.”

Part of her strategy included an initial training period in their countries, supplemented with learning opportunities in the United States.

To be considered for IEEW’s program, applicants must have a business in operation at least one year, own at least 51 percent of it and have an official business or trade license registered with their government.

Students complete a 10-week course at home before they are paired with e-mentor volunteers in the U.S.

Once completed, each woman presents her plan before a committee. This first batch of recruits is then narrowed down to the final selection of 30, who make it to the U.S.

Upon arrival in the United States, students are assigned to hostesses whose responsibilities include transporting them between IEEW’s Oklahoma City headquarters and Dallas, where the women receive training.

In Dallas, they learn about basic business operations, strategy and marketing through IEEW’s Peace Through Business program. This process helps women detect opportunities and risks within company environments.

IEEW’s work is rewarding, but Neese said it comes with many challenges. First, there’s the funding required to fulfill the nonprofit’s goals.

“The challenge we face with IEEW, as with every nonprofit, is raising money,” she said.

Then there is the visa application process. Because the organization works in politically high-risk regions, women must pass extensive background and security checks. There’s a lot at stake when bringing students from war-torn Afghanistan and politically unstable Rwanda to the U.S.

“There are always visa challenges,” Neese said, “and getting women out of those countries to come to the United States to obtain more knowledge.”

Since its inception, IEEW has graduated more than 500 businesswomen from Afghanistan and Rwanda. A student from the 2007 class, Thaj Sirag, is doing well. She was selected for the program after sending in a photograph of women sitting cross-legged, sewing soccer balls. She had 38 employees at the time, and her goal was to export her product to Germany.

“She now has over 314 employees, and her annual revenues have risen every year,” Neese said. “She’s just done a phenomenal job. She is now exporting soccer balls to Germany.”

On average, each Afghan program participant helps create 28 additional jobs and each Rwandan student helps generate 22 more jobs. Four Rwandan graduates have been appointed to the country’s parliament and senate.

IEEW expanded into Rwanda in 2008, a year after the nonprofit was launched. Neese said plans are in place for further growth.

The group has drawn requests from Kenya, Uganda, Morocco, India and Nigeria. The need for resources and funding to operate in those countries also requires the commitment of each government.

Adding a third country to IEEW’s agenda requires that resources are not taken from the countries the organization now serves.

For more information on IEEW and on volunteering, mentoring and hosting students, visit ieew.org.