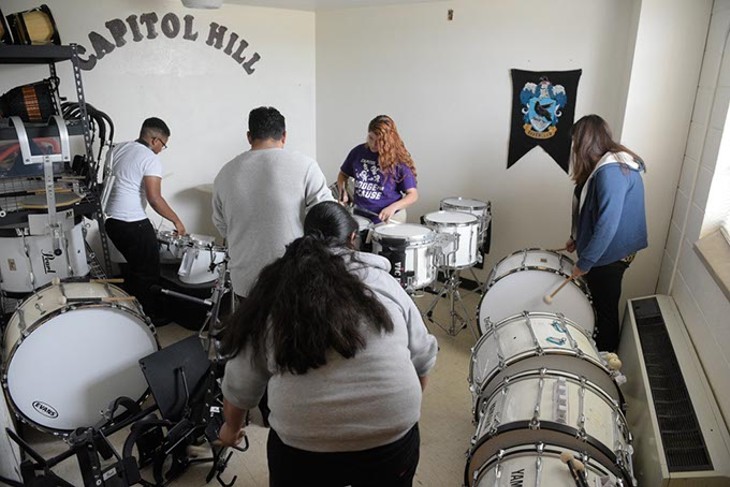 “It is about taking care of what we already have,” said Roy Williams, a member of the steering committee of the Maintain OKC Schools coalition, a collection of 30 businesses and community organizations that supports passage of the three propositions on Tuesday.

OKCPS purchased 65 new buses and made investments in technology with MAPS funding. A 2007 bond measure  —  the last significant OKCPS bond measure  — lead the way for 54 classroom additions and 47 new gyms to be built throughout the sprawling district.

Now the district is asking voters to consider three proposals geared toward school building maintenance, technology and transportation. Supporters, like Williams and the coalition, believe the bond package serves as a plan to preserve investments made during the MAPS for Kids and 2007 bond initiative.

“Now is the time to maintain that construction and those improvements, whether it is air conditioning, heating, roofing or plumbing,” Williams, CEO/president of the Greater OKC Chamber, said. “It’s like anything else. It takes its wear and tear and needs to be maintained.”

The proposal also looks to maintain another key aspect of any school bond proposal: the mill levy. If voters approve the bond package on Nov. 8, the district’s mill levy — a property tax based on a property’s assessed value — will remain at 18.61 mills. Residents in the Oklahoma City school district will see no increase in property taxes under the proposal.

One of the district’s oldest school sites, Capitol Hill High School, stands to benefit greatly from the $180 million bond package.

Under the district’s proposal, the 88-year-old school building would see $3.79 million put into installation of new network infrastructure, purchases of computers and tablet devices and maintenance of heating and air, plumbing and electrical systems. The proposal calls for front entrance renovations to create a secured entryway, eliminating the possibility of unwanted persons entering the ninth-12th-grade school.

If voters approve, Capitol Hill students would see their school’s visual and performing arts programs get a boost, as $316,030 would be plugged into fine arts. In total, $2.8 million would be designated for fine arts programs distributed among the district’s middle and high schools.

Capitol Hill is one of 77 building sites, including charter schools and two former school buildings eyed for district offices, to benefit under the three bond propositions proposal.

The second bond proposition calls for $54.5 million distributed to schools for technology purchases, such as updating network infrastructure and placing 11,010 new electronic devices into the hands of teachers and students.

The district would purchase 5,460 iPads or similar devices for student use and invest in 3,000 computers for labs in more than 70 school sites.

Lastly, the district calls for $19.2 million toward the purchase of 100 new buses and other transportation equipment. The average age of an OKCPS bus is more than 10 years.

Under Oklahoma law, school bond issues require a supermajority vote at 60 percent to pass. If voters approve the measures, the district would kick off a round of projects during the first quarter of 2017 and conduct the projects over a five-year period.

Yes the Yellow Ballot is the campaign slogan of Maintain OKC Schools. At the polls, voters will find the bond proposals listed on a yellow ballot separate from other races.

Williams contends the three proposals are vital for the future of the school district and play a large role in the district achieving its mission to educate its 41,000 students, pre-kindergarten through 12th grade.