Voters will decide on OKCPS bonds 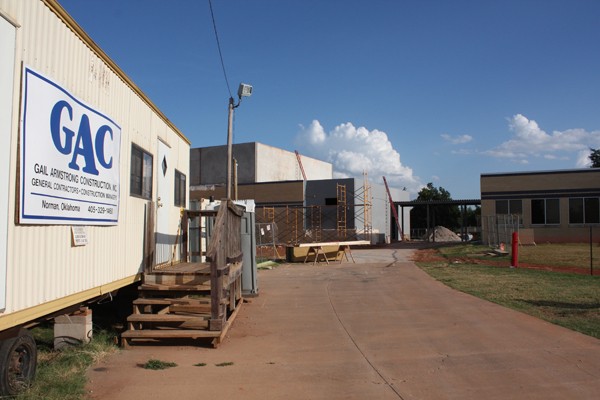 On Aug. 1, the first day of school this academic year, when Capitol Hill and Star Spencer high school students turned the bathroom sink taps to hot, only lukewarm water flowed out. The problem persisted for days, impacting meals prepared by cafeteria staff and even affecting menu options.

For years, district leaders have called for updating malfunctioning plumbing, electrical, roofing, heating and air conditioning. Following the first week of the 2016-17 academic year, leaders concluded that staff and students could no longer wait. Capitol improvement enhancements must begin as soon as possible.

“We’ve been talking about when would be the best time to go out for [a bond],” OKCPS Superintendent Aurora Lora said following the board vote. “As we’ve started school, we’ve had a number of building maintenance issues surface. It’s been challenging when you send crews out to fix the air conditioning, and we think we’ve got it done, and it breaks the next day.”

Nov. 8, voters who reside in the district will be asked to approve three bond propositions. First, district leaders are asking for $106.3 million to be plugged into the school building maintenance fund to benefit 78 sites.

In addition to school sites, district-owned buildings that are now home to district-authorized charters will see building enhancements.

Another bond proposition proposes almost $54.5 million distributed to technology purchases, such as updating network infrastructure and placing 11,010 new electronic devices in the hands of students. Lastly, the district wishes to invest $19.2 million into 100 new buses and other transportation equipment.

Under state law, a 60 percent super-majority is required in order to pass a school bond. The final day to register to vote is Oct. 14 in order to participate in the general election.

The last significant bond measure district voters approved was $248.4 million in 2007. Bond dollars were designated toward 54 classroom additions and 47 new gyms throughout the district. The bond also covered renovation of stadiums at Taft and Capitol Hill High School.

The proposed 2016 bond is unlike the nearly decade-old bond package, as school leaders ask for no new construction.  Districts commonly issue municipal bonds for capital campaigns, including the construction of new school buildings and building additions.

Scott Randall, who oversees the district’s capital projects, referred to the bond proposal as a maintenance bond. A key facet of the campaign, for example, deals with cooling school buildings.

In the coming years, district leaders must address overcrowding in schools in the southern portion of the district as well as expansion in the charter school sector. In a December 2014 board presentation, former OKCPS Superintendent Rob Neu first proposed sending a bond issue before voters in 2016. Although no numbers were tied to the notion, Neu hinted the bond would address additional classrooms and new building construction to meet the district’s growth.

Before any new construction projects are proposed, Lora said, the district must secure funding for updating existing building sites.

If voters approve the bond proposition, the district looks to begin projects during the first quarter of 2017 and continue over a five-year period.

A vote in favor of the bond packages will not increase property taxes, said Randall.

Instead, the district’s mill levy, a property tax based on a property’s assessed value, will remain at 18.61 mills, which is the third lowest mill rate among school districts in Oklahoma County. Only Luther and Crutcho districts levy a smaller amount in property taxes than OKCPS. Neighboring districts, including Millwood, Mid-Del, Edmond and Putnam City, levy more than 24 mills, according to records from the Oklahoma County Assessor’s office.

“We are well below a number of other districts,” Lora said when asked about raising the mill levy. “In order for us to someday build new schools, that will need to happen.”