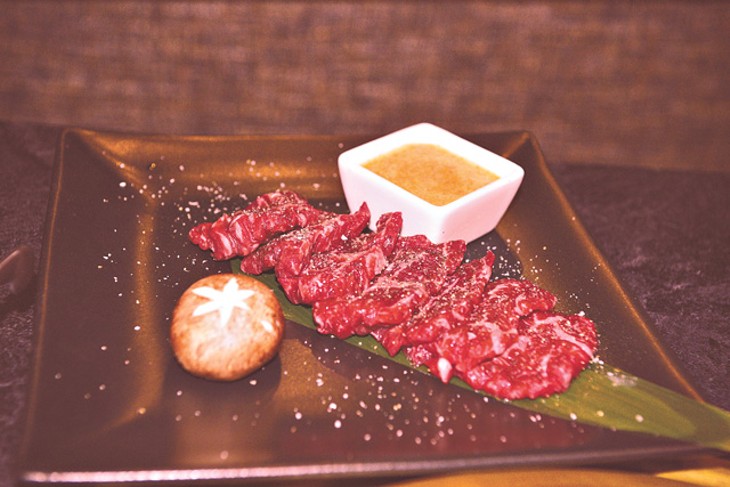 Japanese cuisine in American culture has been dominated by sushi and hibachi the last few decades, but the traditional open-flame barbecue tradition of yakiniku has started to gain a burgeoning foothold in the United States.

Li and Jade Chen met as students at the University of Oklahoma. After Li Chen graduated with a degree in petroleum engineering in 2015, the price of oil dropped and he found work in his degree field difficult to find.

He took a job as an air conditioning technician, but he missed his days working in kitchens, where he worked for 15 years, primarily in hibachi restaurants in Houston and Dallas.

“My father owned a restaurant, but I never thought I would do the same thing; it’s fate,” Li Chen said. “I enjoy cooking and working in a kitchen because it’s familiar and I’m good at it. I have a lot of confidence there.”

With Li Chen’s background in hibachi and Jade Chen’s experience in the front of the restaurant, the couple wanted to invest in a growing trend. The idea for yakiniku came after seeing the concept in Dallas, but it would be two years before their own restaurant would open its doors.

Once the Chens secured a location in the newly developed Quail Springs Shopping Center, they had to work with the designer to create a layout that connected each table’s flame grill, which was imported from Japan at about $4,000 per unit, into the restaurant’s ventilation system.

“It was a challenge, and many that I never would’ve imagined,” Li Chen said. “The designer has to think about the airflow and keeping static pressure balance in the house.” 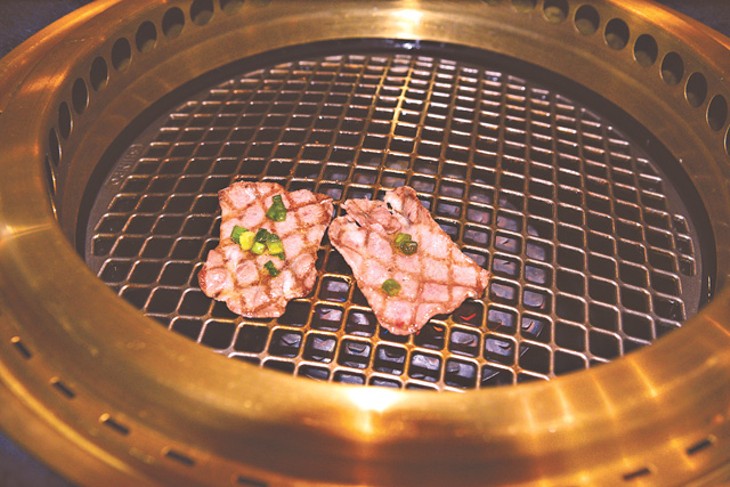 Wagyu beef is similar to that of the famed Kobe beef for its high marbling content. Wagyu Japanese BBQ gets its American Wagyu from A Bar N Ranch in Sherman, Texas.

The consumption of beef was prohibited in Japan until 1871, and as yakiniku became more popular, particularly after World War II, Japanese barbecue culture developed heavily from already-popular Korean marinades like bulgogi. It is common for Korean dishes like kimchi and bibimbap to accompany yakiniku, something that Wagyu BBQ continues.

“If you go to a Korean restaurant, the most common meats are short rib, pork and (beef) bulgogi,” Jade Chen said. “We try to have more cuts of beef so that we have a variety of texture and taste.”

Items can be ordered a la carte, and each piece of meat has one of six marinades, all of which are made in-house. The highest quality only get salt and pepper to showcase the natural flavor, but there is also a miso-based marinade for more lean cuts like hanger and skirt steak. Toro (beef bacon) and zabuton (chuck eye roll) are served with tare, a soy-based sauce mixed with sake, mirin, garlic and kiwi. Chicken gets either basil or ginger-garlic marinade while seafood picks up flavor from a white soy marinade.

At dinner, the restaurant offers three prix-fixe barbecue courses for two ($55-$75) that include appetizers, assorted meats and vegetables destined for the personal grill at each table and dessert. 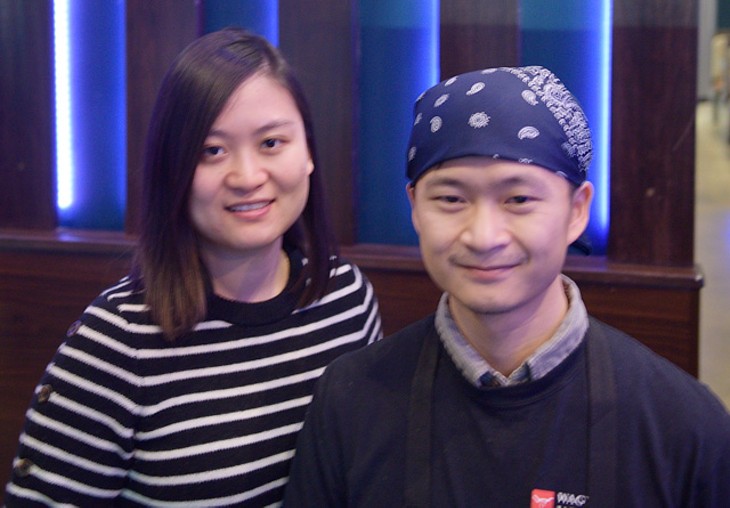 Service becomes a balancing act between front and back of the house, as servers have to communicate with the kitchen to get the plentiful number of dishes to each table on time.

“Everyone is constantly bringing out food to different tables. It’s a lot of food,” Jade Chen said.

“We were really excited when we first opened, but there are still challenges,” Li Chen said. “For most customers, it’s the first time to try this, so we have to educate them and how long each meat has to cook on the grill.”

Thin cuts like tongue and toro only need 30-45 seconds on each side, while other cuts cook for at least a minute and fatty pieces like toro should be cooked on the edge of the grill to prevent flare-ups. Seafood, pork and chicken get two to three minutes per side, and vegetables steam in a foil packet on the grill.

The experience of grilling your own meat at a restaurant might be a new concept for many diners in the Oklahoma City market, but the Chens believe it will catch on once people realize how fun it is to cook with family and friends without having to do the dishes when they’re done.

“You get a chance to be a chef while having fun,” Li Chen said. “We believe a good dining experience is not just how the food tastes, but it is also what you experience and learn while you’re here. We want our team to deliver the best service for you.” 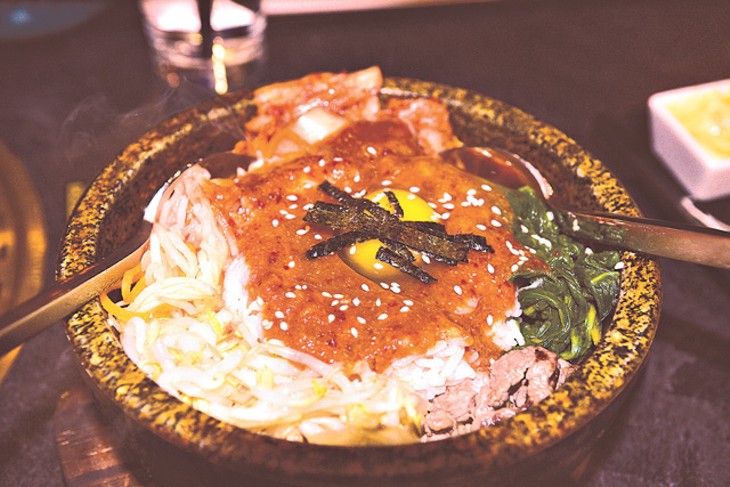