On a sunny but chilly afternoon in late November, 49-year-old mother of four Linda Debard said what so many of us say during this time of year.

But Debard didn’t confess to the sensation with a smile on her face, gloves on her hands or a coat on her back. She is one of 350 homeless Oklahomans who pass through the day shelter at The Homeless Alliance of Oklahoma City on any given day, spokeswoman Kinsey Crocker said.

Crocker said it’s difficult to determine a hierarchy of needs for the city’s homeless population, especially when temperatures drop.

“Our first priority is to get our guests off the streets,” Crocker said. “Research has shown that once people have a safe and secure place to live, they are more likely to be successful in achieving other goals like getting sober or attaining employment.”

Last year, the organization secured housing for 715 of the city’s estimated 5,000 homeless individuals. Homeless Alliance accepts donations to ensure that other needs are met as well.

Like other nonprofit organizations within the city limits, Homeless Alliance is in need of winter coats.

Forty-year-old Darrell Smith said that while he’s thankful for the organization’s day shelter, it’s the night that’s on his mind.

Having been homeless since his grandmother’s death in 2012, Smith said OKC streets have served as his bed on many nights. While he currently resides in a 24-hour shelter operated by The Salvation Army Central Oklahoma Area Command, he said his stay could expire soon due to the organization’s term limits.

Salvation Army spokeswoman Traci Jinkens said like many other shelters, The Salvation Army allows individuals to stay within its overnight shelter for 60 days while occupants work with a case manager to secure housing or employment.

“Their stay period is determined on a case-by-case basis,” Jinkens said. “If they have shown improvement and cooperation, they can certainly stay longer.”

Jinkens said The Salvation Army of Central Oklahoma has teamed up with local news station KFOR Channel 4’s Brad Edwards Warmth 4 Winter Coat Drive and will be accepting coat donations until the spring.

Memories of cold nights on the streets of OKC are enough motivation for Smith to keep a roof over his head.

On especially cold nights, he said, a winter coat was a godsend.

“This is the best one I’ve ever had,” he said of his black, wool, button-up peacoat.

Smith, who stands four feet, five inches tall, said his height came in handy after his friend accidently shrunk his coat in the dryer.

“He gave it to me when he realized it didn’t fit him anymore,” he said.

Crocker said Homeless Alliance doesn’t have a goal of meeting a certain amount of coats donated but it can never receive too many.

The Curbside Chronicle, the organization’s employment service, partnered with Insight Creative Group to host a coat drive for The Chronicle’s 100 vendors. Coats can be donated in the store or placed outside the company’s building during weekends and evening hours. 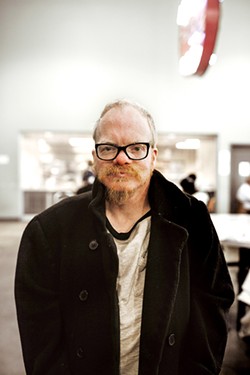 Mélon serves as the president of the nonprofit organization The Foundation for Oklahoma City Public Schools, which supports the city’s students through corporate and private donations. The foundations Coat-A-Kid program supplies new coats for Oklahoma City Public Schools students through monetary donations that can be made online.

Donations begin with a $20 contribution to cover the cost of one coat, Mélon said.

With 90 percent of Oklahoma City public school students living in poverty, Mélon said it’s critical that donations are made to ensure that each child has a winter coat that will keep them warm when temperatures drop and the children have to wait at bus stops, walk home from school or play outside. 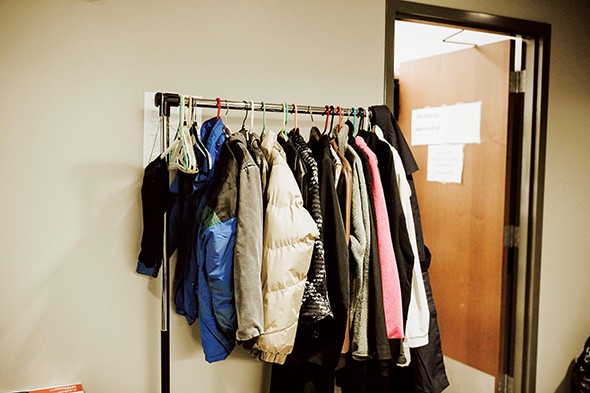 When making a donation to The Salvation Army of Central Oklahoma through KFOR’s Brad Edwards Warmth 4 Winter Coat Drive, new or gently used coats can be dropped off at the following locations:

Donations to The Homeless Alliance of Oklahoma City can be made with monetary contributions given on the organization’s website, homelessalliance.org, or through coat donations. Coats can be dropped off at Insight Creative Group, 19 NE Ninth St. during business hours (8 a.m.-5 p.m.) or left on the rack outside.

To give a monetary contribution that will go toward the purchase of a new coat for an Oklahoma City Public Schools student, visit okckids.com/donate.