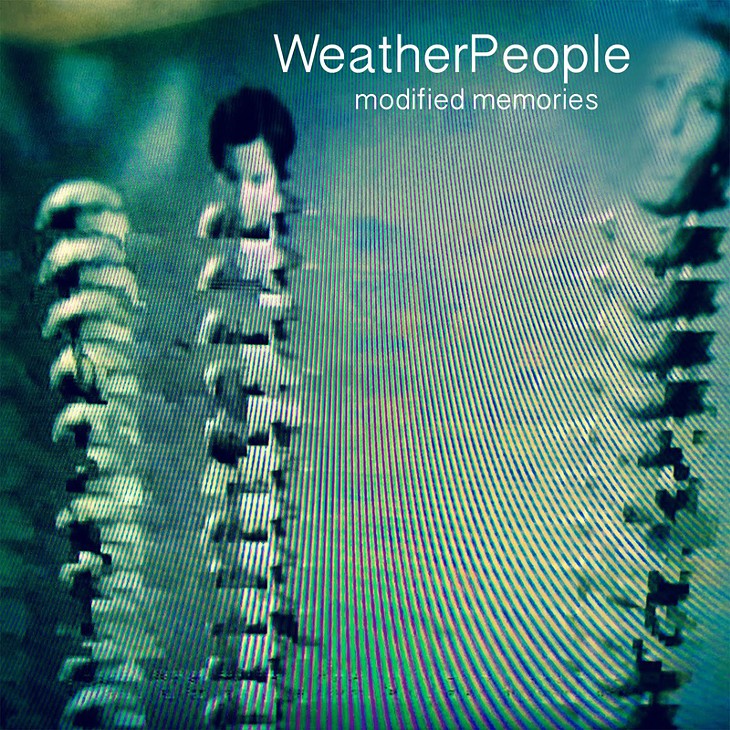 Music should take the listener places.

There are songs tied in to certain memories or songs that are arranged in a way that remind us of a certain time or setting. But there’s nothing like music that grabs the listener by the arm and pulls them along on a journey.

WeatherPeople’s Modified Memories does just that.

The experimental, electronic release backed by Henry McMinn (a local producer and mastermind of electronic indie rock band Tele Mori) is at times minimal and at others dense and lush. At no time is its sound unwelcome.

When listening to electronic music, especially that which attempts to be atmospheric, two things to listen for are progression and diversity.

Memories has progression. This is an album with motion; it floats along at a blissfully relaxed pace. It doesn’t bounce from concept to concept on stop-and-go checkerboard squares, but passes through on chutes and ladders.

The opening track, “Mono Flurries,” is an infectious head-nodder and the most replayable song in the collection. It makes the listener want to get up and move, but there’s also a general spaciness to it, casting a Brave New World tone over the track and those that follow.

The odyssey continues across the next two selections. “Daydream Rewind” starts out as a horn-led, down-tempo beat but becomes a pulsing overload. “Many into One” feels like a cousin to “Mono Flurries” with its wavy synths and undertones of futuristic wonder.

One of the best things about this album is that tracks are given ample time and room to fully explore concepts. It doesn’t feel like a sampler of beats hustled together in one package. All of these sounds belong in the same family, and we get to watch them grow.

Still, it feels like there was more room on the project to be even more daring. The sound on Memories is gorgeous, but often familiar. A hint of aggression could have been a great contrast to the album’s overall dreaminess. Nothing’s really breaking the mold here, which is fine, because it’s a good mold and clearly in artistic hands.

“One and Then” does offer some distinct sounds. It’s a glistening transitional flash coupled with hollow percussion and some more organic treats. It’s one of the best moments on Memories. While there’s a lot to love about the actual closing track, “The Eye of Yesteryears Tomorrow,” a time-lapsing space traveler jam, “One and Then” might have been a better finale.

Modified Memories is a success because every listen feels like a real experience with a set destination. The title suggests an attempt to make the old into something new. That would make sense. It’s a futuristic soundscape, but one that’s rooted in a place everyone knows.

Find the album at iTunes and weatherpeople.bandcamp.com.