A local photographer created a directory to help the LGBTQ+ community easily identify affirming vendors for any wedding needs. 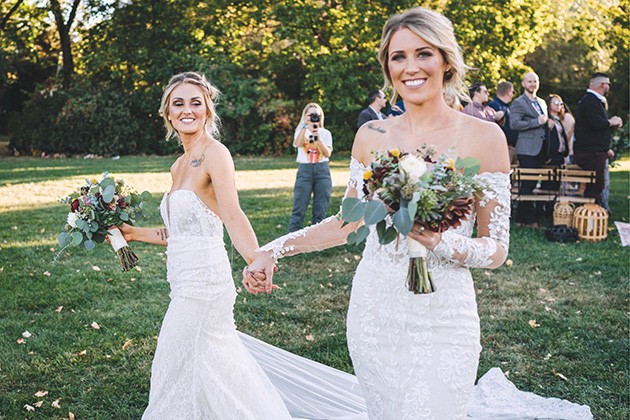 A couple weeks after getting engaged, Irissa Baxter and her fiancée started looking for wedding venues. Their first serious inquiry was with a Stillwater venue that they liked and would have met their needs. But once the owners found out the wedding was for a same-sex couple, they refused to work with them.

“After a couple of emails back and forth, once I clarified that we were a same-sex couple that were looking for a venue for our wedding, they responded and said that they would not allow or not serve same-sex couples at their venue,” Baxter said. “It was really surprising to me.”

Baxter said she originally found the venue through The Knot, a wedding planning application with a nondiscrimination policy that prohibits refusing to provide services on the basis of sexual orientation among other things.

“My assumption from using that app was that they would have screened the places,” she said. “That was one of the reasons I wanted to use the app, because it was accepting and they had a lot of same-sex couples on the app. … So it felt like that had given me some sort of safety net, but apparently it didn’t.”

Baxter, who happens to be Oklahoma State University’s coordinator of women’s and LGBTQ affairs, said she tried to have a productive conversation with the venue owners.

“I tried to speak to the people that ran the business a little bit to try and explain as best as I could why that was harmful and why that would hurt people and that might not be the best policy, but they were completely disinterested in having that conversation,” she said. “That really just goes to show that we still have so much work to do and that just changing the law to make it legal for me to get married doesn’t necessarily make it so that I do not have to jump through so many extra hoops and go through so many extra hurdles to get to that marriage.”

After that encounter, Baxter said the rejection from the venue took their enthusiasm out of their engagement and they stopped wedding planning for a couple months.

“I wanted to be celebrating my life and my choices and my love and happiness, but this was extremely draining and really disheartening to hear that,” she said. “I work with LGBTQ issues and people. I talk about this stuff all day, so I thought I would be able to handle it a little bit easier, but it’s not easy. It’s not easy to feel like people are saying that there’s something wrong with my love or something incorrect or invalid or immoral about being happy and being in love.”

After hearing other similar stories, AJ Stegall said he knew it was time to do something.

“I also noticed quite a few people online being turned away from vendors because they were LGBTQ+, and it was really killing me,” said Stegall, a local photographer who married his husband in 2018. “I’ve been in the wedding business for at least six years, maybe a little more, and so I knew the vendors that would work with me on my wedding and the people that I absolutely wanted and were supportive. But I had inside knowledge. … There’s not really a spot to go to and say, ‘Oh, this is a safe vendor. I’m not going to get turned away here.’ I can only imagine that there’s this build-up and lead-up to your wedding date where you’re getting all the right pieces and making the pieces fit, and then you come to this roadblock. I’m sure it’s pretty defeating and probably deflates that sense of excitement and love and all of that. I’m so glad that I didn’t have to go through that. I can’t imagine how I might’ve responded.” 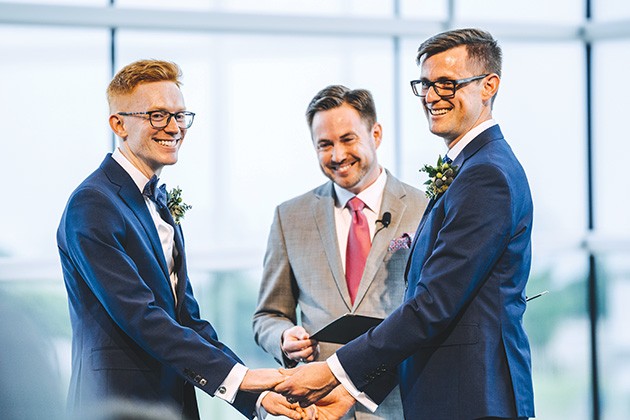 Oklahoma Rainbow Collective went live in November and has nearly 90 vendors, including photographers, caterers, venues and wedding planners. Stegall said it is actually approaching a tipping point and will have to upgrade its directory soon. He said the vendors have been incredibly supportive of his efforts.

“They’re super excited about it. They see a need and that there’s a hole in our market and this part of the world,” he said. “Really we have everything covered as far as you would need to plan your wedding. …  The best part is that a vendor can go on the website, go to the directory, create an account, create a listing and then they’re in charge of the listing. Of course, they get approved through me and then once it’s approved, it’s live on the website.”

Equally Wed is a national directory for LGBTQ+ friendly wedding vendors, but it currently only includes two Oklahoma vendors: Stegall’s photography business and Alexandra Dugan Photo. Stegall said Equally Wed hosts vendor training to help vendors learn how to work with LGBTQ+ couples. Looking ahead, he said he would like to do something similar with Oklahoma Rainbow Collective.

“Eventually, I would love to see an education component for vendors, like what Equally Wed does but on a more local level, and then also educating the community about how to service an LGBTQ wedding,” he said. “The sky is the limit.”

Oklahoma Rainbow Collective Gay-La will serve as the official launch party 6:30-11 p.m. Feb. 20 at Verbode, 415 N. Broadway Ave., Suite 101. There will be an open house, a wedding vendor showcase, a drag show produced by Shalula and a “big gay prom.”

“I’m hoping this is like a launching point for maybe even a bigger platform to reach the community at large in Oklahoma,” Stegall said. “I want to get to a point where we have every venue and vendor that is open and accepting on the list. That’s the goal.”

Baxter and her fiancée have resumed their wedding planning and are excited to be back on track.

“We’re making strides. We’re back on the boat. We have our engagement photos coming up. So there’s a lot of good,” she said. “The boat has righted. We’re doing things happy now, but it was definitely a step back and a very sad step back.”

Despite not having used the directory yet, Baxter said she appreciates how helpful it is. In planning her wedding since the venue’s rejection, she said she has made it a point to ask up front if vendors have any issues with same-sex couples, which has been successful but is in itself another stressful step in wedding planning.

“I don’t even want to, at this point, get interested in a place unless I know for sure. Even if they were on the fence about it, I don’t want to get married somewhere where people aren’t going to 100 percent be excited about it,” she said. “Asking that question myself was very uncomfortable … and having a directory and having resources like this that put all that information and all those individuals into one place gets rid of that step. I don’t have to put myself out there; I don’t have to be uncomfortable or get my hopes up and have them put down.”