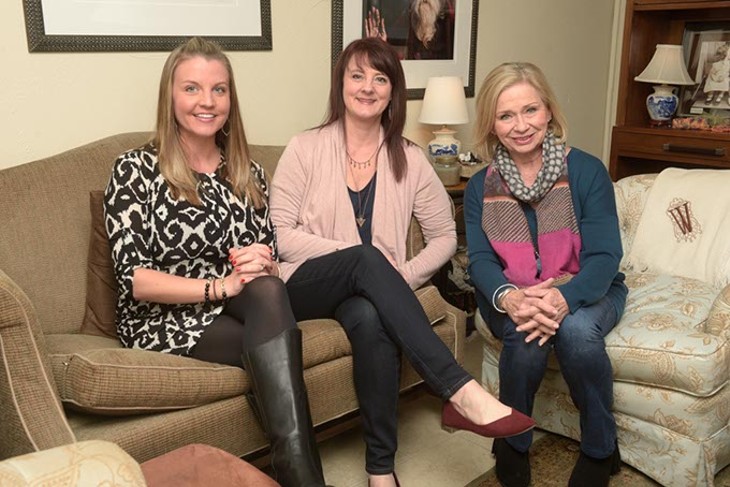 There can be no complete discussion of obesity and weight loss, dieting to achieve a certain weight and struggle with the ups and downs inherent in the subject without a clear understanding that disordered eating encompasses all of this discussion.

It must be seen in a spectrum of diagnosis and understanding.

Whether someone is young and struggles with being heavier than they want to be, is in their 30s and feels 15 pounds of unwanted weight annually or is middle-aged and more than 100 pounds overweight, we must look at what being overweight really means.

The Centers for Disease Control and Prevention (CDC) reports two-thirds of Americans are overweight, beyond a body weight that the CDC determines is best suited for longevity and health, based on height and gender. There are no real allowances for varying cultural patterns and genetics. As we become a society much larger than generations before us — just compare a photo of an elementary or high school class today to 30 years ago — incidences of diabetes and heart disease, high blood pressure, sleep apnea and even cancer also are ballooning.

Eating, obesity, diet and exercise are national obsessions. While the medical, health and fitness experts say the evidence proves we are not doing enough, there is a population of people who find the harder they try, the sicker they become.

Captured in the terminology used by psychologists and psychiatrists who treat people with eating disorders, the words “disordered eating” gives vast room to examine the extreme measures utilized by roughly 10 percent of the population to either control their weight or starve themselves in an effort to see what their minds will never really truly show: size.

“What we see in our practice are normal-weight people who are very involved in an eating disorder and they go undiagnosed because they aren’t skinny,” said Donna Wade, a licensed professional counselor who specializes in eating disorders. “They may have normal weight at one time, but they lost the ability to stay thin and so now are eating what seems normal but to them feels like they are bingeing so they need to either run it off, purge it off, use laxatives, cleanses. They look normal. Unless you see the depression, the anxiety disorder, you see lots of sexual disorder, sex addiction, co-addiction with alcohol and drugs. Many people who are bulimic will have co-addictions.”

“In our practice, we look at what people are eating, what they’re thinking, what they are feeling and any history that person has two or three generations back with other family members with disordered eating,” Wade explained. “What were Mom and Dad’s lifestyles like? Were people overweight, underweight? And even that has become so subjective in our society, about what is overweight and what is underweight, what is healthy and what is not healthy.”

By the time somebody calls her office to say they’re ready to talk about an eating disorder, she said, they have often sought help somewhere else and might even have had inpatient care — or they might never have talked to anyone before. But they know they have unhealthy eating habits and that their behaviors, if they have anything to do with purging, are secret. They also know people are watching them.

Wade works with psychologist Shelley Smith and licensed dietitian nutritionist Kristina Duty. They counsel people and see patients who know that what they are doing is a critical problem but don’t know why they do it or when it began.

“A lot of my clients come in because a loved one is concerned, has asked them to get help or has called me, asking how to help them,” Smith said. “Throwing up is a secret, so most family members don’t know about that. … [Or] they know about not eating. [Or] people know their loved one has no starches or breads in the cupboard. It’s all very scary, and they don’t know what to do.”

Smith and Wade explained that people who become obsessed with eating or not eating end up manipulating blood sugars and their own thinking patterns, creating imbalances in the brain. Adding a potential psychological component to the mix can take years to unravel.

Duty tells her patients if they are focusing 95 percent of their day on weight, what they are going to eat and preparing it, there is something wrong.

“If I took all that away, what else is going to come out? A bad marriage, sadness, anxiousness, depression?” Duty asked. “My patients won’t get to that if they continue to obsess on their eating, the gym, the size of their snacks, the scale and then checking in with themselves as they go to bed, asking ‘Did I do okay today?’”

Research shows there are biological connections to eating disorders, particularly with anorexia nervosa, an obsessive drive to control weight by refusing to eat. While Wade, Smith and Duty see a majority of average-weight people using compensatory measures to lose weight, anorexia is more severe. It causes loss of appetite and dangerously reduced calorie intake, and these patients typically stay sick a long time, often requiring hospitalization and long-term treatment.

“I believe it is important to start with the fact that eating disorders are a biological illness that the media, societal pressure or family dysfunction can cause,” Laura said. “My story is similar to most people.”

Laura, who asked we not use her last name, is finishing medical school today, years out from initial anorexia treatment. It started when she was 13 years old and decided to diet with her friends. By age 15, she was praised when she didn’t eat any fat and ran on the treadmill every morning before school. It soon became a deeply rooted thought pattern that associated food with poor health, which skewed her conception of body size. She entered treatment in her late teens.

“Inpatient treatment provided me with an initial basis for recovery,” Laura said. “It really stopped the cycle and allowed my brain to become nourished so that I could think clearly and make wise decisions. I also became interested in learning about the science of eating disorders, and the more I learned, the more I became solid in my recovery.”

Laura’s education and experience led her to view her anorexia differently than many professionals who treat eating disorders.

“I learned that the gold standard treatment for eating disorders is constant and sustained nutrition,” Laura said. “This may seem silly and obvious, but unfortunately, many eating disorder professionals promote the tagline ‘It’s not about the food.’ Instead of focusing on restoring nutrition, they focus on the ‘root of the problem.’ I firmly believe that there is never a ‘root of the problem’ in someone with an eating disorder, just like there is never a reason a person ‘chooses to have cancer.’ I unfortunately spent many years in therapy trying to figure out why I had cancer. And all I got was wasted years of my life.”

Concerned about the cultural stigma toward mental illness, Laura asked that we not share any further personal details. She has become an advocate for people battling disordered eating and speaks to others in recovery when asked. To Laura, weight and mind management is a lifetime process requiring attention and commitment.

From anorexia and bulimia nervosa to binge eating disorder and unspecified eating disorders, obsessions with food, not eating, overeating or purging can take years to unravel and change. Many patients who are hopeless and do seek help learn that under all these behaviors are feelings of great trauma, grief or loss. Some learn a biological component in their thinking dooms them to severe illness once they begin dieting.

“My advice to those suffering is to realize they have a biological illness that is not their or their family’s fault,” Laura said. “The only cure to the illness is food. Period. Even if the sufferer is not ‘underweight,’ it’s critical to stabilize eating patterns.”

Weight is a key determiner of health, history and future wellness. But so is peace of mind. People can find these feelings with help, get to the root of them, stabilize and develop coping skills to deal with a lot of things they have been unable to face. The mind is amazingly effective at hiding our shame, fear and sadness.

“People try very hard to go in and out of these diagnoses,” Duty said. “So the bulimic will try very hard to not eat. That’s our job: Find them where they are. We teach them this is the amount of food you need to eat so you don’t obsess on purging because your body is going to heal on this food.”

“As the body gets healthier, they start feeding their mind as they feel it again,” she said. “They begin to be okay having a hamburger again. They begin to heal and not purge long enough to tolerate a five- to 10-pound weight gain. They aren’t on the scale, as we asked them not to. But their dopamine and serotonin levels increase because they are nourished as the body gets healthier. It requires a team.”

The Academy of Dietitians said the best form of weight management is through therapy, seeing a dietitian or your family doctor and long-term weight management. It doesn’t produce quick results.

While many people never engage in these severe forms of disordered eating and thinking, they serve as caution to be aware of our bodies, our minds, our spirits.

They let us know that if we feel hopeless, it sometimes takes professional help. Whether it’s 30 pounds that refuses to budge or a lifetime of secret behavior to control our weight, Wade enthusiastically insists everyone can achieve all the things they want to in terms of weight management. And it doesn’t mean dieting, continuing to be depressed or keeping a secret.

“We aren’t here to make you fat; you’re not going to be fat if you eat this amount of food,” Wade said. “Hand over your skinny jeans because when you start eating again, you’re going to feel your body. You’re also going to engage in your life and learn what healthy eating is for you.”

Coming up: The Weighed Down series concludes with a review of weight loss options, benefits, risks, successes and maintenance.