“I have a friend who lost 40 pounds in her mid 60s and has maintained for five years, but she’s as obsessed as I am. I don’t want to be there," Horton said.

Mark Harris, like many others seeking help for weight loss, was one of those people who put on 10-15 pounds a year beginning in his late 30s. Less active in sports with his kids as they became adults, he found himself 100 pounds overweight by age 50. He said it was slow and gradual, almost imperceptible to him until he was so past where he wanted to be that he’d lost hope. When he finally did seek help, it came after a chance meeting with a fitness professional he met randomly at dinner one night.

That professional is Todd Farris, a chiropractor with The Broadway Clinic near downtown Oklahoma City. Athletic by nature and a clean eater by choice, he encouraged Harris to get out of denial, look at how he was living and, if he wanted to change, see him and the weight loss specialists at Broadway Clinic.

“It was a wake-up call for me,” Harris said. “I had gone from a person eager to try new things, get out and about regularly to this fat guy who went to work, came home and talked with family or friends about where we should eat. Eating had become my pastime.”

Harris soon realized he had much more than exercise ahead of him.

“The No. 1 thing people need to know, especially people who have yo-yo dieted for years, is we can’t exercise it off. You can’t outrun your fork; you can’t outrun a bad diet,” Farris said. “There’s an exercise place right down the road here, and I see these men and women jogging by in their workout suits, yoga gear, weighing 200-250 pounds. They are overweight, and I feel for them. But they’re just tearing up their hips and joints; they aren’t going to run it off. Their body has so much adipose tissue on it, it’s the last thing to come off.”

It sounds harsh, but Farris said people need to look at what they are eating and why. The Broadway Clinic has been in business for 35 years, specializing in weight loss through a number of approaches. The clinic has 40,000 patient visits a year between the downtown location and a second one in south Oklahoma City.

The methods vary depending on the patient and their weight loss goals. These approaches include HCG, a hormone produced during pregnancy. The Broadway Clinic said it helps people lose weight fast by signaling the hypothalamus to stabilize fat from fat storage and use it as energy. Clinic medical director Joseph Arden Blough said it reduces patients’ appetites at the same time and leads to rapid weight loss in combination with a calorie-restricted diet. He said gradually, over several months after weight loss is attained, patients transition into a low-carbohydrate, high-protein diet for maintenance.

All patients are shown a chart with four key categories they are told are necessary to lose weight and maintain a healthy weight. They are diet, exercise, sleep and balanced hormones. Most patients are already aware of two of the four.

Blough said the average weight loss for patients over a period of two to five months is 32-35 pounds. But if they want to maintain their weight, they have to reach a point where they live on 1,500-2,500 calories a day as a general rule, depending on their size and activity level. Their diets need to be low in sugar and carbohydrates and contain select fruits and vegetables and more protein than most patients are used to.

“But people don’t realize the need for sleep and balanced hormones in this effort. Everyone needs at least six, preferably eight, hours of sleep at night for body restoration and hormone balance,” Blough said. “Hormones are a key category of their own in this fight for healthy living. We take them seriously here. Hormones deplete with age and cause weight gain … primarily reduced levels of testosterone for men and estrogen for women.” 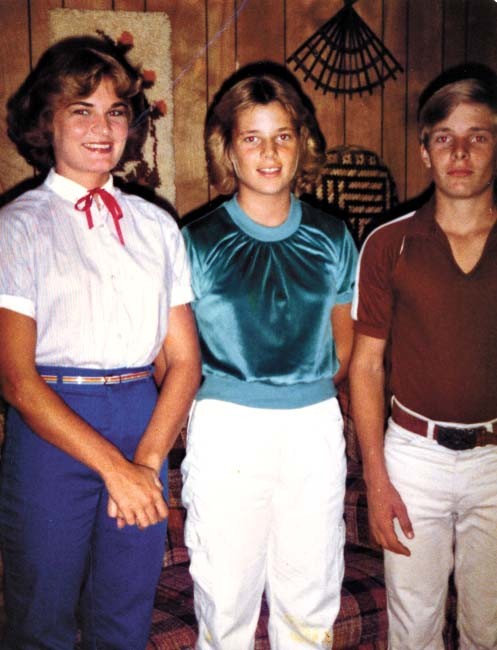 Harris lost 73 pounds in six months and was elated to drop beneath 200 pounds just before the holidays. He said he was treated with diet pills to control hunger and increase his metabolism. In addition, he bought a Fitbit watch to track his movement and walks a minimum of 6,000 steps a day. He learned to walk early in the morning, witnessing beautiful sunrises, and said the biggest change has been his diet. He has knocked out nearly all sugar, dramatically cut his carbohydrate intake and increased his protein intake. He also practices eating for hunger only, not boredom or habit. His plans for more loss were interrupted by a fall from an overhead patio covering in October, breaking a hip and femur, resulting in little to no activity and giving his food habit a chance to lay its groundwork again.

“I’ll get back to it again. The fall and the holidays at the same time caused me to put back on about 15 pounds. But I know what to do.  Sugar is like crack cocaine for me; if I eat it I want more, and when I commit to getting it and carbs that spike my blood sugar out of my diet, I find my cravings die down. I don’t want to be a fat boy ever again. I can’t believe I lived that way so long.”

Oklahomans are in the midst of an epidemic of obesity, and with that comes its cousin, diabetes. The Broadway Clinic does lab work on every new patient, whether 15 or 200 pounds overweight, because when people begin to put on weight, the pancreas is forced to create more insulin to reduce blood sugars, and the more resistant patients become, the more weight they gain. Blough said a fasting glucose test is not an accurate predictor of trouble.

“When you look at labs, you will see glucose levels. That’s a spot check. I look at something called hemoglobin A1C because it changes very slowly with increases and decreases in blood sugar.  We actually get an approximation of three months’ blood sugar average, a look over time,” Blough said. “I have found hundreds of people who are insulin-resistant in addition to some that are diabetic.  But my point is one of the most important things we do here is put the individual that’s showing resistance over time as measured by that A1C number on a drug called Metamorphine to keep them from developing diabetes.” 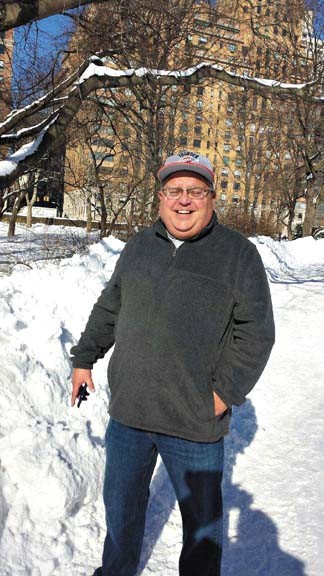 While professionals in the field, and even patients themselves, talk about the denial of obesity — a person’s inability to realize their weight is becoming a health problem, affecting their lives in negative ways — there is often unmentioned shame that goes with weight gain. And like any problem that remains secret, it’s destructive to one’s identity and healthy functioning in the world, often impoverishing a person’s emotional sense of well-being.

Sarah Horton is dynamic, hardworking and a lifelong athlete, but stocky. She also comes from a family of heavy people. She’s consistently 20-30 pounds overweight, and her challenge is to stay motivated. She remembers her grandfather referring to her as a “really big girl” as she pulled the sofa cushions over her lap to hide her body out of shame and embarrassment.

She has tried every diet, sneaking food as she was hungry and trying to do a weight loss plan that worked for someone else, but not her. A triathlete from time to time, she knows about exercise and also that she can out-eat any exercise program. Having attained a goal weight in the Weight Watchers program in the past, she has put back on some of those lost pounds.

“I swear my ideal weight at my 5-foot-4-inch height is 150 pounds and a size eight. I would love to get back there. If I get down to 150 again, how do I maintain that? Because if these fat cells inside me are waiting to explode, I’m scared to death to eat anything,” Horton said. “I have a friend who lost 40 pounds in her mid 60s and has maintained for five years, but she’s as obsessed as I am. I don’t want to be there.”

Horton stays with exercise at various intervals depending on her motivation and what’s going on in her life. She knows how to eat healthfully and said if she doesn’t practice what she knows and set realistic goals, keeping in mind her own gene pool, her weight will overrun her. She does best with an exercise partner to keep motivated.

We are all different. Each of us has to decide for ourselves what our goals are and then how we are going to get there. What are we willing to commit to? What won’t work for us? Shame will stall that. Holiday weight gain and injuries will slow people down. But healthy weight is a lifetime goal, and there is not a perfect size and weight for everyone. The Broadway Clinic tells its patients the most important thing about weight loss is to feel good about the way you look, the way you feel, the way you move and the way your clothes fit.

One-on-one help is key to some; group support keeps others on track.

“Set point” is another subject raising different voices. It’s the point at which many people trying to lose weight get stuck and are unable to get down past a certain weight. It’s considered by some as a genetic predetermined weight no matter the effort to get beneath it, but Blough said patients can change it. He tells his patients to stick to the program they have and fight through it vigilantly. He said some might hover at a certain weight for a period of time, frustrating their efforts, but if they maintain the agreed-upon diet and activity level, they can push through that and lose more.

Coming up: Weighed Down examines bariatric surgery before learning about a bariatric patient’s life after surgery.