The Wheeler District is most commonly associated with the Wheeler Ferris Wheel, but this summer, it has built up a strong reputation for live music through its seasonal music series.

While Jennings is the event’s headlining performer, Taylor Johnson, one of Vonna Pearl’s two co-vocalists alongside Chelsey Cope, is quietly having one of the best years in the local music scene. Johnson, previously known mostly for his longtime (and currently inactive) rock band The Wurly Birds, is the inventive production mind behind most of the eclectic and energetic soundscapes on Vonna Pearl’s self-titled debut, released in January.

Johnson is a production engineer at Lunar Manor Recording Studio, located near Belle Isle. He helped produce bandmate Cope’s solo full-length debut Where Nobody Goes, also released in January, and is the bassist in Student Film, which put out its synth-flavored until we are in fashion again in May. In late 2017, Johnson also became one of the founding members behind the pop quartet Chair Model, which has had music licensed for use by T-Mobile and other commercial efforts.

Oklahoma Gazette recently caught up with Johnson via email Q&A about his current musical efforts, finding early inspiration from Queen and being “a big theme park guy.”

Oklahoma Gazette: Is The Wurly Birds still a thing? What’s the status of that band? Is there a possibility of hearing more from that band in the future?

Taylor Johnson: Well, Wurly Birds never officially broke up. We spent a lot of time together, on tour et cetera, and I think we were all at points in our lives where we were interested in venturing out into different avenues. The Wurly Birds started when I was 18 or so, so it was a growing thing. However, we did record an album at Sonic Ranch in El Paso that a ton of effort was put into, and for some reason, we never released it. I’ve been sitting on it for three years now. Maybe I’ll release it soon — who knows?

OKG: Give me some background on the formation of Vonna Pearl. How long has that band been around, and what were the circumstances around its formation?

Johnson: Vonna started with a song that I was intending to use for WBs and asked Chelsey to sing on it just as an experiment. We both really liked how our voices sounded together, and thought “Hey, why don’t we do a whole album like this?”

OKG: Several projects you’ve been involved in this year have been pretty impressive: the Vonna Pearl album, Chelsey Cope’s full-length debut, the new Student Film record. What else have you been involved with recently — either from a production or band-member standpoint?

Johnson: Well, I created this group called Chair Model with my friends Chad Copelin, Abbey Philbrick and Joe White back in December as a licensing project, and for the last six months, it’s pretty much been my sole focus. I honestly think it’s had better reception than any music I’ve ever made, which is always nice. Gives you a sense of forward momentum in your “career” or whatever you’d like to call it. We released a self-titled album that you can check out on Spotify, iTunes, or if you listen hard enough, you might hear it on a T-Mobile commercial, MTV or anywhere else really.

OKG: I sense that maybe you’ve been on an experimental tip recently. Are there any specific musical influences you would point to that have recently affected you? That could be actual pieces of music or artists or it could also be just life things that have inspired you in some way.

Johnson: I always am, man! I constantly am trying to take something away from everything I hear, or even my surroundings. However, I feel like after doing this for so many years, it becomes a job of sorts. I don’t mean that as in it becomes any less enjoyable, but you get more comfortable with your craft. You know what shortcuts to take and which ones not to take. One of my friends recently told me a quote that said, “Inspiration is for amateurs; the rest of us show up and get to work,” and I believe there’s definitely some truth behind that. 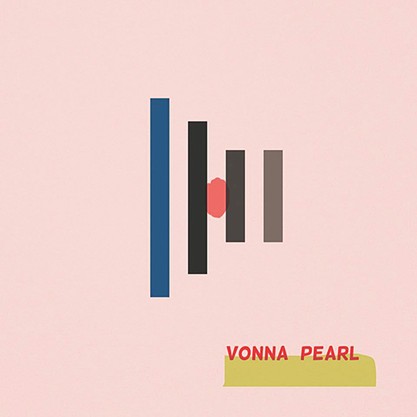 OKG: Are you still involved with Lunar Manor studios? How are things going there?

Johnson: I’m here right now! Along with every other day. Things are great! I’ll use this interview as an opportunity to say, “Hey, everybody! Come record a song with me!”

OKG: Describe briefly what got you started in music. And have you always had an interest in production?

Johnson: My mom gave me A Night at the Opera by Queen when I was 5 or 6, and it terrified me. But, like, in a good way. That’s what initially made me want to play guitar, et cetera. I mainly got into production from recording Wurly Birds albums. I’ve always recorded other people’s music; it’s just been in the last few years that I’ve really ramped up the volume of people I work with.

OKG: This might be a challenge, but can you single out one song released in the last year that you’ve worked on that you are particularly proud of? And what about that song makes you proud?

Johnson: “Barely Shook” by Chair Model! [The song] was one of those little ditties that I come up with while I’m just driving or something. I still have the original voice note. I’m a big fan of the iPhone voice memos. I still have the actual voice memo of the melody from the chorus of “Barely Shook.” I’ll be driving, or walking or whatever and have a little melody idea that pops in my head, so I’ll stick it down on a voice memo. I usually come back to them a few hours later once I can’t remember the thought and try to imagine what the instrumentation and production would sound like. I try to make it up to the studio within a day and hash it out; that way, I’m still excited about the idea. Abbey’s voice is spectacular and just makes every song like 100 percent better. The chorus is a gang vocal with all of us, I believe. The whirring atmospheric sounds in the background are two Wurlitzer electric pianos that I recorded at half speed, so when the song is played at full speed, they are technically being played at 200 percent the speed they were recording. It makes for some really great textures in the background.

OKG: This being in advance of the Wheeler District show, I have to ask if you’re a fan of Ferris wheels. Would you rather be riding a Ferris wheel or something more intense, like a rollercoaster? Or maybe no rides at all? Are you generally pro- amusement rides?

Johnson: Oh, I am absolutely a fan of any ride. I’m a big theme park guy. I think I may have ridden on the Wheeler Ferris wheel when it was still in California. I’ll see if it remembers me.