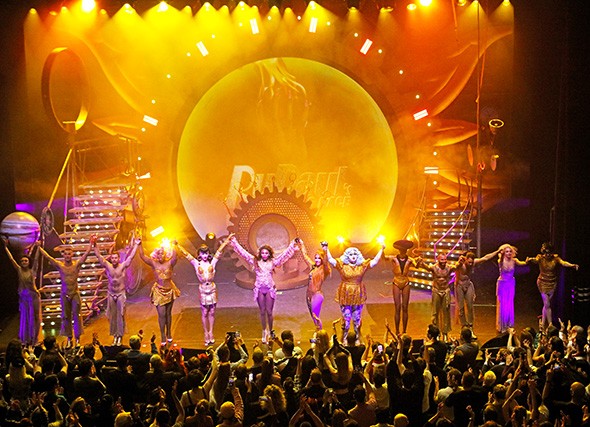 Promoted as “the largest drag show in the world,” Werq the World has its sights set even higher.

Season 11 standout Plastique Tiara said fans of the television show will still be surprised at the epic scale of the live tour.

“Oh my gosh! It’s a whole totally different feel because it’s a production where each girl, basically, we can do what we want,” Tiara said. “Each girl has their own little planet, and we have our own elements that we can play up to. Some of us are more theatrical. Some of us are more high-energy. … I have got to say, this is the highest-production drag show I’ve ever been a part of, and I’m so excited.”

“My planet is Neptune,” Tiara said. “I am the ice queen. I can’t reveal too, too much, but … when they pitched me the idea of how they’re going to set up the stage and how everything is going to play out, I was just floored. … I like everything to be perfect. I like to know every single thing. He made every vision in my head come true.”

Season 10 runner-up Kameron Michaels said the tour — which hit Europe earlier this year and has scheduled stops in South America, Australia, New Zealand and Asia after its North American dates — has only “upped the ante” since she joined it.

"We’re saving the galaxy, and each of us represent a planet in the solar system." — Kameron Michaels tweet this

“I’ve been with the tour for, I guess, over a year now, and even with the  short amount of time that I’ve been on the tour, the production value and the level of performance on the show has astronomically grown,” Michaels said. “It is a large-scale drag show. It’s the biggest one that that has ever been in the history of drag. … It’s an amazing show to watch — props, dancers; it’s the whole nine yards. It’s a very high-quality production. … We’re in larger theaters now. A few of the girls, including myself, have an aerial act which requires us to be hoisted up by wires into the ceiling. So, yeah, it’s definitely a lot different from the bar gigs and stuff that some of the girls are used to doing.”

“Past Werq the Worlds have just been kind of whatever the girls wanted to do for their number, but this time, we all collectively came together and came up with a theme for the whole show,” Michaels said. “We’re saving the galaxy, and each of us represent a planet in the solar system. I am Mars, the bringer of war, which I think is very fitting for my aesthetic.” 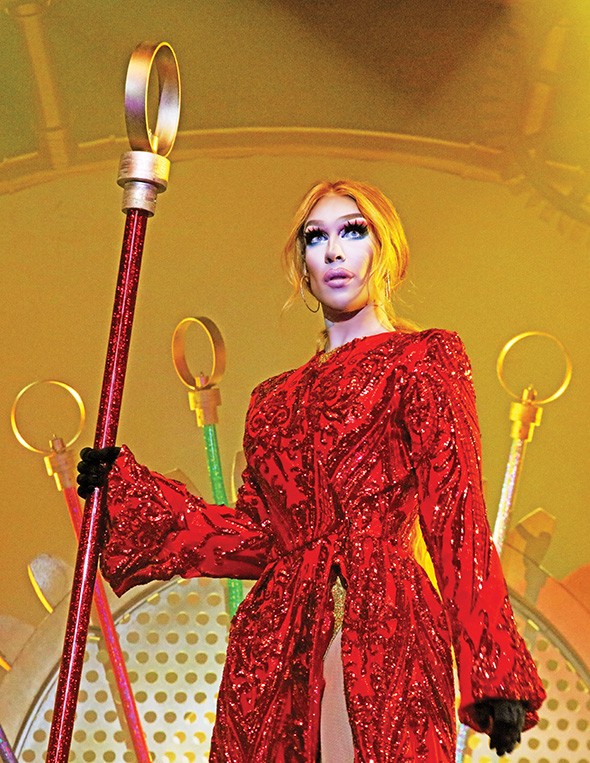 Michaels, a self-described “muscle queen” likes to imbue her performances with elements drawn from her favorite pop culture.

“I tapped into something that I think is very true to my inner child,” Michaels said. “I loved fantasy movies. I loved video games. I loved all of those things as a child. And I think that really is represented now in my drag with the fantasy and the headpieces. Lord of the Rings and movies like that are where I get a lot of my inspiration from. I think I just dove into my childhood and found my favorite things.”

Tiara, who was born in Vietnam, said she draws inspiration from Asian pop icons such as Minh Tuyết. Whenever Drag Race challenges required knowledge of American pop culture she was unfamiliar with (most infamously Beyoncé), Tiara had to “wing it.”

“I just kind of faked it till I made it,” Tiara said. “I would be like, ‘Oh yeah! Fun!’ but I didn’t know what they were talking about. … Now I have a little bit more of a sense of American pop culture, and drag has helped me a lot, too, with that. I would know my references now … but my drag is more Asian-inspired. That’s what molded me.”

In addition to learning about the legend of Queen Bey, appearing on Drag Race gave Tiara, who came to drag through social media, the chance to sharpen her skills as a performer.

“Now, I actually get to go around and be a professional drag queen and work with all these girls,” Tiara said. “So that helped me become more confident, knowing that I have this under my belt now. … When I went into it the first time, I never worked with other drag queens before.”

The Hollywood Reporter said Tiara’s “highlight, contour and impeccable wig game could put any Kardashian-Jenner or beauty influencer to shame,” but she said the demands of performing require different considerations than crafting a flawless Instagram look.

“Onstage, there’s so many more elements to it,” Tiara said. “I have to make sure my hair stays on, my outfit and everything looks good, but then everything can’t be too, too perfect because then you’ll lose the mobility.”

Speaking of appearance versus reality, Tiara said all of the as-seen-on-TV Drag Race drama between performers has been settled. 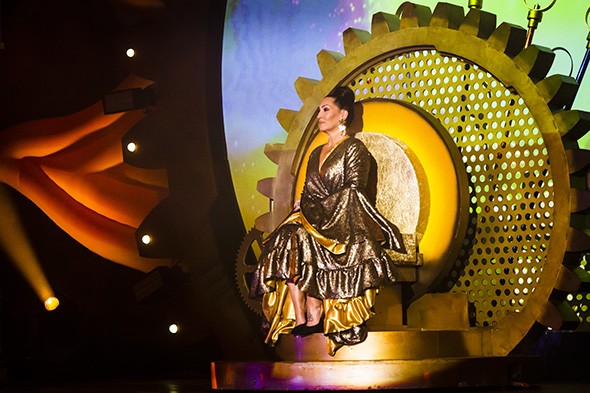 “We went on the season 11 tour together and everyone seemed pretty good,” Tiara said. “It was a TV show, and it happened over a year ago. Everything seems fine. … We’re here to make money, so it’s all good now.”

Michaels, who had a reputation for being a quiet introvert on season 10, said she is not as shy in person as at home viewers might believe.

“It’s funny,” Michaels said. “People come to my shows now, and they realize that I was very reserved just being in front of cameras and on TV. I’m not really reserved in real life, so I do just fine on tour.”

Though Michaels got her start performing in bars, she also used social media apps to sharpen her skills — specifically the lethal lip-synching ability that enabled her to survive a record five face-offs in a single season.

“Know your words first,” Michaels advised. “Dance around your house in front of your mirror like an idiot and just get in your character. I used Dubsmash for a long time to develop my lip-synching. Dubsmash, TikTok, those are great apps to lip-sync to. Just be silly and do stuff on your own.”

Tiara said today’s performers have the chance to make their own rules and rule their own worlds.

“I think we define modern drag more than anything, the people who are doing it,” Tiara said. “They say drag is dressing as a girl, but nowadays, there are just club kids and bio queens and gender females doing drag. It’s just a jambalaya of everything amazing and artsy, and I love it.”