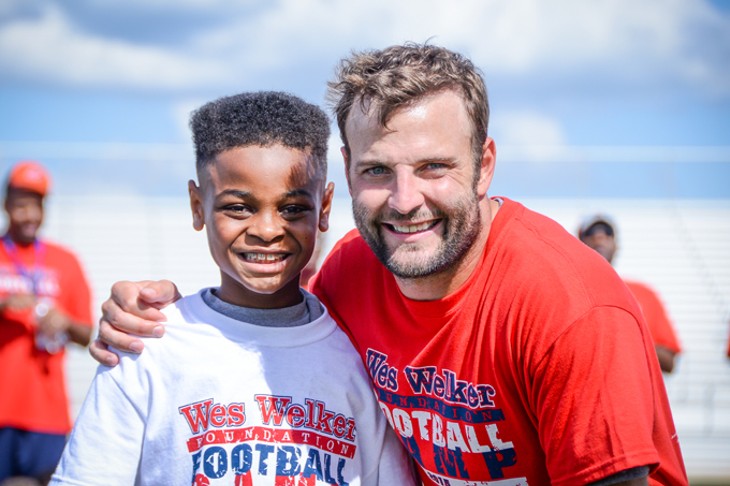 Wes Welker’s story is often told. After one of the most prolific high school football careers in state history, he was considered too small to play in college level but snagged a scholarship at Texas Tech. Out of college, he went undrafted before signing with the San Diego Chargers in 2004. He went on to become a star with the New England Patriots and Denver Broncos. He also holds many records, including the most receptions of any undrafted free agent in NFL history (871).

Welker credits his high school years at Heritage Hall as giving him the resources to learn and play sports.

“I was lucky enough to attend one of the best schools where I lived,” he said in a letter posted to his website, weswelkerfoundation.org, explaining his charitable works. “I founded the Wes Welker Foundation in 2006 because I wanted to level the playing field for at-risk youth in my hometown of Oklahoma City.”

Today, the Wes Welker Foundation has provided over $700,000 in grants to over 30 OKC schools and organizations. It recently announced recipients for its spring 2015 grant cycle. A total of $115,000 in grant awards will be distributed to Frederick A. Douglass High School, Justice Alma Wilson SeeWorth Academy, Oklahoma Centennial High School, OKC Youth Wrestling Foundation, Star Spencer High School and U.S. Grant High School. The grants awarded will go to buy things like uniforms and equipment for weight rooms, training, wrestling and football. 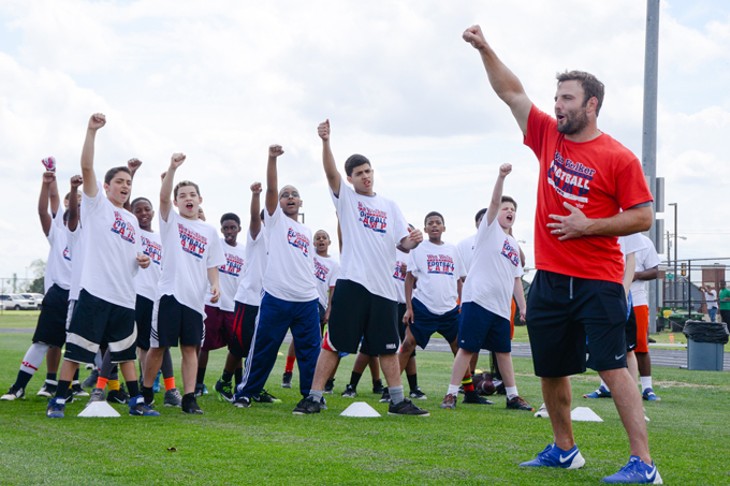 “In this recent grant cycle, there were several first-time recipient schools and organizations working with at-risk youth here,” said Lee Welker, one of three creators of the foundation, along with Lee’s wife Sarah Welker and his brother Wes. “We are excited about the new relationships with these organizations as we partner with them to make a difference in kids’ lives.”

The grants are in part made possible by funds raised at the eighth annual Cleats and Cocktails, the foundation’s annual fundraiser, held April 17 at Oklahoma City Golf and Country Club.

On April 18, over 200 youth ages 7 to 14 from Boys & Girls Clubs of Oklahoma County and Youth Builders Incorporated football league descended on Douglass High School to participate in Welker’s annual football camp. He and 40 volunteer coaches from local high schools worked with campers on drills, technique, sportsmanship and camaraderie, said Shannon Love, development manager for the foundation.

The foundation’s mission consists of three main components, including sports camps, grants to schools and youth organizations and coaching leadership and development.