A local film series explores portrayals of the American West.

This August, National Cowboy & Western Heritage Museum dusts off the reels of several classic pieces of Americana in anticipation of its annual Western Movie Matinees. The series is composed of selections detailing over a century of Western narratives, thought and sensibility. Divided into four thematic movements, each will be bookended by reflections from local film historians and scholars.

Formally started in 2016, the matinees are an interdisciplinary method of engaging the public while simultaneously leveraging the Oklahoma film community. Taking place at 1 p.m. and completely free to museumgoers, the movies help frame and solidify the ideas explored within the institute’s numerous exhibits. After a successful maiden voyage, the matinees have parleyed into larger partnerships with other educational establishments, such as Oklahoma City University (OCU).

“Last year, we were approached by individual donors asking if there was an opportunity to partner with a larger entity that regularly hosts film screenings or possesses a filmmaking program,” said Inez Wolins, the museum’s chief public experience officer. “We thought this might be a way of building our audience and giving the public an additional reason to visit us. People in this town who love film love film everywhere.”

This partnership, in turn, spurred the major themes of this year’s series. Dr. Tracy Floreani, for instance, explores the lives of small-town Texans through the adaptations of Larry McMurty’s work in Beyond Lonesome Dove. Involving classics like The Last Picture Show and its 1990 sequel, Texasville, the series frames why the narratives of one of the nation’s most influential southwestern voices continues to endure.

“After screening Lonesome Dove at her university, Tracy sought to extend her considerations to the novelist’s larger body of work,” Wolins said. “Her take on this was the series as whole is far less about cowboy/Western films many of us grew up with but instead that these artists, filmmakers and actors were engaged in a much larger discussion: the discussion of what it means to be an American.” 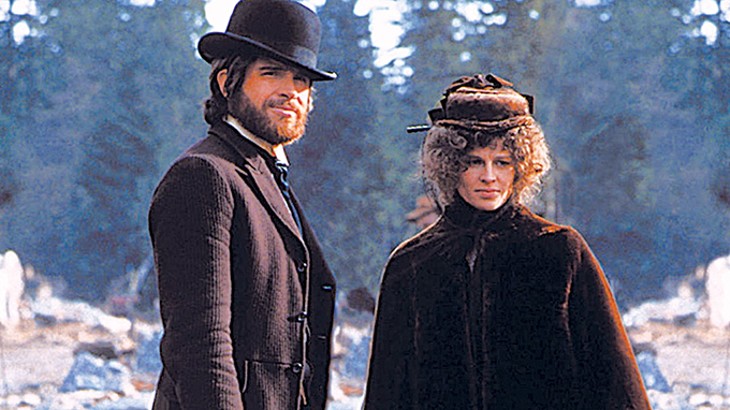 Afterward, the series moves on to its second major segment, The Code of the West, hosted and president of Reel Classics, Elizabeth Anthony. Concerned with the morals, ethics and human tendencies of those at the helm of a developing nation, Anthony considers cowboy culture with films like Wagon Master and 1957’s 3:10 to Yuma.

“Somewhat born of Gene Autry’s Cowboy Code from the 1940s and more recently from James Owen’s Cowboy Ethics, Elizabeth looks at way of life not unlike the Oklahoman standard of doing the right, striving to preserve principles of honor, service and kindness,” Wolins said.

With the subsequent movement, the Western way of life is applied further, specifically to the way in which relationships are developed and maintained. OCU’s Dr. Harbour Winn’s Haunting Portrayals of Male and Male-Female Comradery series studies how the institutions of masculinity and femininity have grown and evolved throughout American history though films such as McCabe & Mrs. Miller and Bonnie and Clyde.

“Dr. Winn was interested in the idea of relationships through different periods and different genders,” Wolins said. “Though not quite as structured as ‘cowboys and Indians,’ we loved the professor wanted to frame the West in a much broader way. It’s all really about people’s lives and their relationships.”

The matinees conclude with selections curated by Anthony once more, specifically focusing on the impact of one the nation’s most harrowing events with the series The Civil War and the Western Homefront. With films like John Wayne’s Dark Command and The Proud Rebel, the series illustrates the struggles and fractured psyche of a post-war America.

Though the selections might harbor a sense of antiquity, these films also serve to help frame one’s modern identity. With this process also lies a chance to witness the influences of contemporary art.

“It’s fascinating to see younger generations and emerging professionals grow so invested in aspects of older films,” Wolins said. “John Ford’s sweeping cinematography, for instance, is timeless and influenced a whole generation of filmmakers and photographers.” 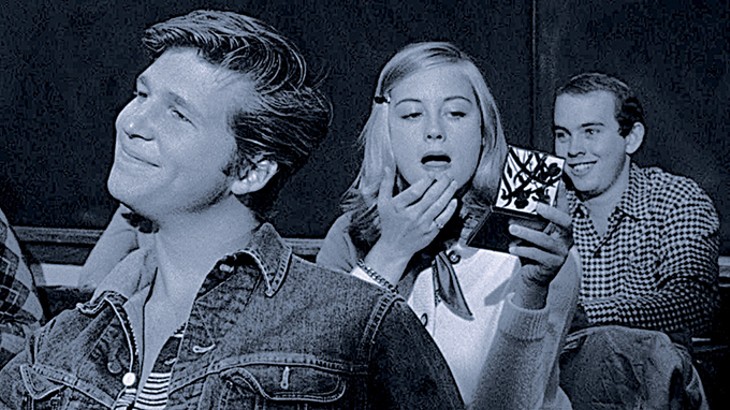 In tandem with many of the museum’s own exhibits, the matinees build a bridge between generations. Given the time of the screenings, one of the most frequent attendees are young to university-age students and older, lifelong learners. Likewise, the immediate access to the museum’s exhibits and galleries will often allow the ideas patrons encounter to resonate more intimately.

“It’s really neat for grandparents and parents to show their kids these movies,” said Tara Carr, the museum’s communications coordinator. “People can leave the theater and immediately go down the hall to memorabilia from the movie if not something very similar. It’s a very unique way to teach people about their history.”

Ultimately, the matinees also contribute to the continued evolution of the museum’s programming. A museum that fails to change, after all, runs the risk of stagnation. However, with events like this, the community is continually provided with windows of further education.

“All museums challenge to make static objects come alive and truly resonate with people of all generations,” Wolins said. “If you know you will have a toddler as well as a senior visitor, you have to create a menu of opportunities that will help one learn a little about themselves and their life.”

With the film series, the museum looks to not only curate an interesting event, but to also cultivate an experience tailored to all.