What the hell is Twitch?

The story of OU Esports' rise starts with a single question 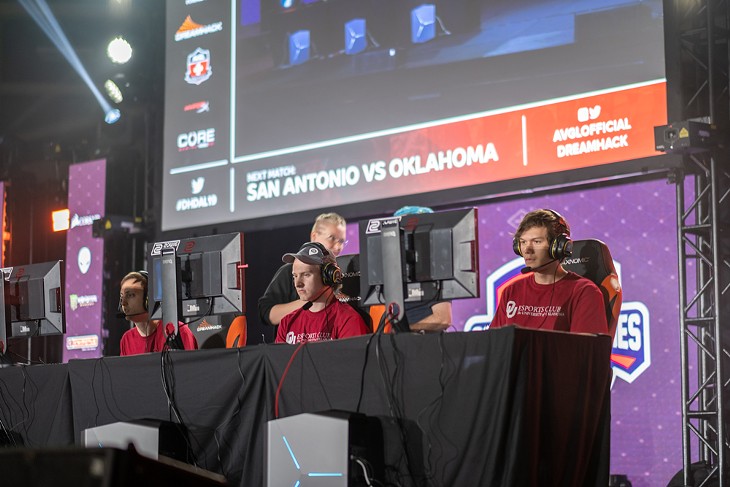 Mike Aguilar wasn’t trying to change the academic world or flip established industries on their heads in November 2016. As a technology strategist for the University of Oklahoma’s Central IT department and the Honors College, he was simply trying to answer the questions his boss asked, including how OU could use it upon returning from a summit held by Amazon.

At the time, fewer than 25 universities across North America had groups dedicated to playing video games competitively with any kind of institutional support; the only Power Five Division I university in the mix was the University of Utah.

In Oklahoma, only two other higher learning institutions, Roger’s State and the Northeast Technology Center in Claremore, had an Esports club. Since there’s value in data, Aguilar talked to them.

“For the next six months, all I did was reach out to other energies (primarily Esports and gaming clubs at universities) that were elevating at the time,” Aguilar said.

Esports has been a major part of the video game industry for decades, and professional teams and players have been playing games like CounterStrike and Call of Duty at tournaments for years. 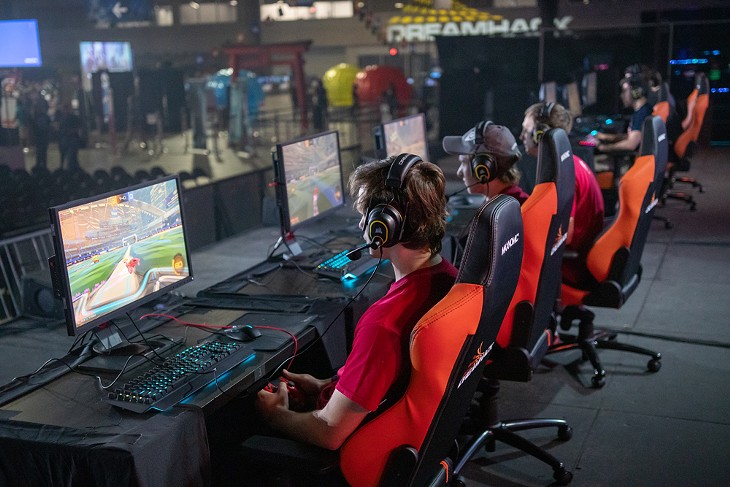 Esports receives coverage everywhere from small niche gaming outlets to ESPN and The New York Times. Esports as an industry is looking to hit $1 billion in revenue in 2021, according to industry financial watchdog Newzoo.

And yet, collegiate Esports has only recently taken off. According to Aguilar, more than 275 universities in 2021 have Esports clubs with institutional support, eleven times more than in 2016. And yet, as late as 2020, reports in journals like EdTech were reporting on Esports as only just escaping novelty status into something more serious.

With the deck stacked like this, Aguilar needed to make a plan if an Esports team at OU was going to make an impression. In April 2017, he held a Q&A session and League of Legends tournament to gauge interest.

“Registrations for it filled up in less than five minutes,” he said.

He was able to find his student leaders, including the first OU Esports student president, Jack Counts, and vice president, Alex Tu, at this initial meeting.

Counts and Tu were no strangers to the prospect of running an Esports-focused club; both are involved in Get Rect, a League of Legends-centric regional game club covering Oklahoma, Arkansas, Kansas and Missouri, and were organizing tournaments for the game prior to their participation at OU.

“[We] got involved with [Aguilar] and had the idea to, you know, get started somewhere. You have to start somewhere,” Counts said. “So we made an interest club, which just anybody with 10 people can make an interest club on OU’s campus, but that’s where we got started, and we made a constitution, and found a few core people that were interested that came out to that first event that Mike put on, and that responded to some flyers we put out. And from there, it kind of just became a game of, we need to create programming to let people know we exist.”

Aguilar, now working with a core group of students from across campus, came up with three metrics all activity the group did would be run through.

The second metric is the university mission: “What’s the mission coming out of the president’s office, to find our organic ways to tie in and integrate to the university instead of just being a growth on the university surface?”

Finally, Aguilar said, there was the focus on what the Esports and video game industry more broadly was doing. The nascent club focused on what kind of staff the various teams and tournament organizers in Esports were hiring, rather than just simply doing something just to do it. “We’re galvanizing all three to make sure that whatever we’re going to build, there is a place for it, not just say that we’re going to do it just to do it, but literally intentionality from day one.”

From there, the Esports Club has exploded into a multifaceted organization with different teams focusing on different games, groups working on shoutcasting and production design, a full-fledged news outlet, community outreach and charity work, and an official designation from OU as a competitive club with access to the OU logo and branding. They built six “pillars” around the organization: leadership, community, media and news, production, streaming entertainment, and intercollegiate Esports.

“Every single one of the six pillars is designed to be both autonomous and collaborative,” Aguilar said. On top of that, this spring the Esports and Co- Curricular Innovation Department, the Esports Club’s official home at OU, announced the creation of a suite of Esports scholarship opportunities: The Forest Dayne “Solidus” Sharpe Scholarships for Gaming and Esports Energies.

In a post about the new memorial scholarships on the Sooner Esports website, OU Esports Media Director Derek Snow wrote, “OU stands out not just because it has esports scholarships. Rather, OU Esports stands out because of what specifically they are funding. […] In essence, the Esports department plans to not only give scholarships to its competitive players, but it aims to give funding to all of its other non-competitive pillars.”

He continued, “Esports is an entire industry, not just its competitive members, and the department reflects this in its pillars and its funding.”

Aguilar is no longer a technology strategist with Central IT. In the ensuing four years, he has become the Director of Esports and Co-Curricular Innovation. What used to be a small “passion sweat project” is now much larger. This fall, Aguilar will teach the first class on an Esports-related topic in the University’s history, a one-hour practicum for Creative Media Production majors called “Live Event Production.”

His mission is not just to bring games to the OU campus, but raise the profile of gaming in the metro community as a whole. The way he puts it, he wants people to think of video games like they think of athletics - a venue where young people can build structure in their lives, learn valuable soft skills in addition to the hand-eye coordination refinement they get from gaming, and create healthy habits as they transition into adulthood. 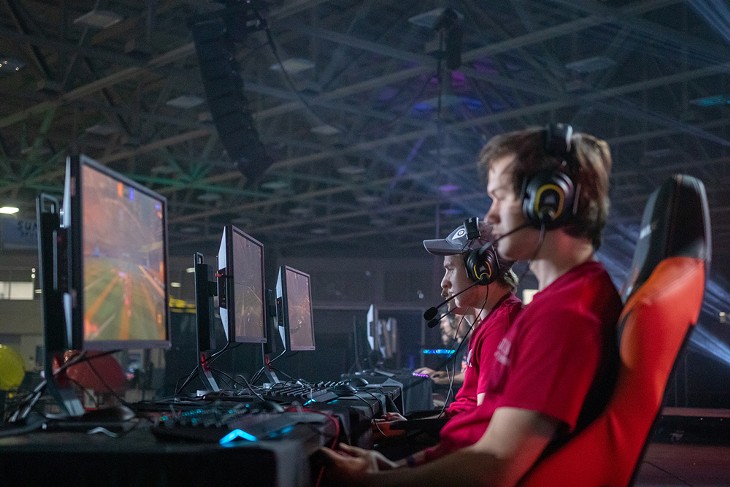 Additionally, he wants to erase the toxicity endemic to modern gaming. “I want to make Call of Duty less toxic in 10 years from now,” he said. “When I get [...] traditional athletes that come into our ranks from the football program, softball program, you name it, they are getting 14, 15 years of mentorship before they get to me. In Esports, they’re not. I’m getting an 18-year-old with their habits already formed. They have no soft skills, very few. And they don’t understand personal branding, they don’t know how to restrain themselves on social media, the epitome of the keyboard warrior, and Call of Duty is the personification of that. More than almost any other title. So that means that if we have a six-year-old who is losing their head on Minecraft or Roblox, why are we not providing them the same mentorship opportunity?”

That’s why, during the height of the COVID-19 pandemic, Aguilar and the OU Esports Club helped the Oklahoma City Police Athletics League host online Rocket League tournaments after the organization had to shut down its in-person programming. And it’s why this summer, they are holding two Overwatch-themed Esports camps in conjunction with US Sports Camps, one of the largest sports summer camp organizations in the US.

And with news of a possible venue in the works - one that would, according to Aguilar, house facilities for all of the pillars represented in the club, including production studios for shoutcasters and a space for student reporters and video editors to work - the future is looking bright for gaming in the metro, and OU Esports is lighting the torch.