What would Jesus do? Apparently fire the professional who invited a gay speaker to a class at a university using his name. 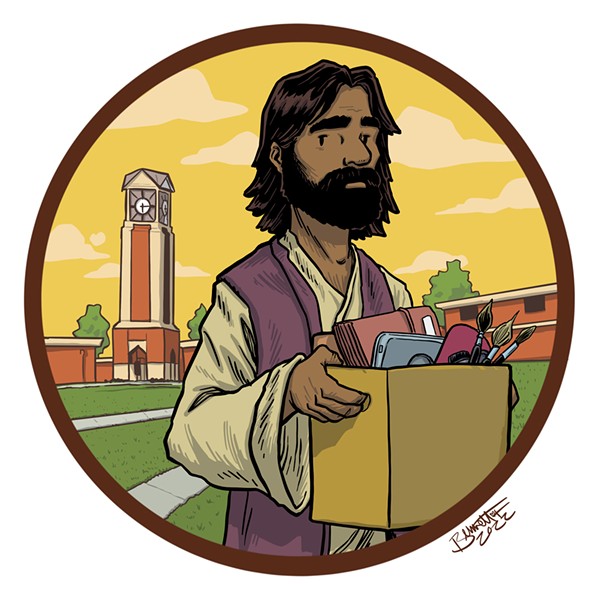 What would Jesus do? Apparently fire the professional who invited a gay speaker to a class at a university using his name.

This spring, Oklahoma Christian University professor Michael O’Keefe invited Scott Hale to speak to his class. It should be noted that O’Keefe had been on campus for 41 years while Hale was only there for a day.

Riffing on reporting by local independent news outlet NonDoc, Jezebel wrote: “O’Keefe had invited the speaker, Scott Hale, in the hopes that Hale’s stories about persevering as a young gay man would inspire the students in his class ‘The Business of Branding Yourself.’ By one account, that of the school’s chief legal counsel Stephen Eck, those stories included ‘inappropriate and graphic language of a sexual nature,’ as Eck alleged in a letter sent to faculty and staff.”

That’s just one incident, right? Not according to the student newspaper, The Talon.

“Dara Tinius, the former Oklahoma Christian University Electronic Services Librarian, resigned on Feb. 14. … On March 17, Tinius made a Facebook post in which she claimed she was asked to voluntarily rescind her application for tenure due to a breach in faculty social media policy. … The alleged breach in social media policy was a private Instagram story Tinius posted on Jan. 19 which read:

‘Tonight I sat in a space provided by Dayspring Church for LGBTQ students at OC to share the impact of losing what many of them called the first place they’d been allowed to worship God as themselves. They wept as they spoke of their anguish at lost family members and friends. Feeling afraid and alone. Their anger at once again feeling like something their school has to hide. These kids are kind and generous and brave and any decisions made that cause them more harm are shameful. They have my support forever.’

The event to which Tinius refers in the post was a Safe at Home Town Hall meeting. It was the first meeting the organization held after small chapels were discontinued on Oklahoma Christian’s campus.”

For the administration of Oklahoma Christian University, we have but one thing to say. From Romans 12:3: “For by the grace given me I say to every one of you: Do not think of yourself more highly than you ought, but rather think of yourself with sober judgment, in accordance with the measure of faith God has given you.”