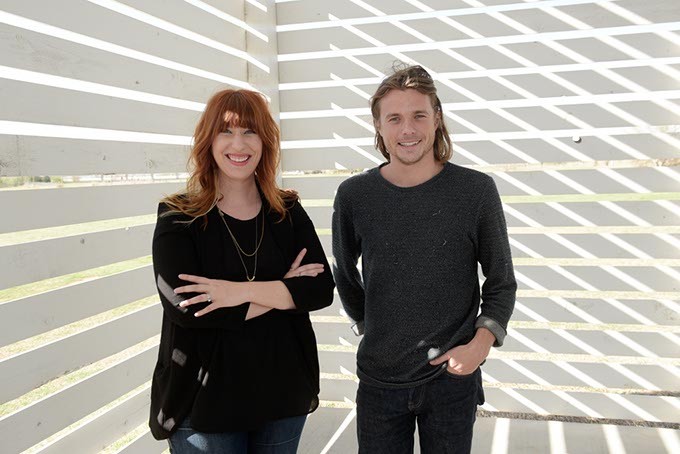 The saying, “If you build it, they will come,” seems to apply perfectly to the Wheeler District, an urban neighborhood development moving forward along the Oklahoma River in south Oklahoma City.

Last July, the district debuted its signature attraction with the opening of the Wheeler Ferris wheel – the former Santa Monica Pier Ferris Wheel.

On any given Saturday, Ashley Terry, who serves as Wheeler’s director of public life, would look around the outdoor space to see teenagers engaging in lawn games, three generations of family members posing for a photograph in front of local artist Hugh Meade’s OKC sculpture and a couple getting engaged when seated in a gondola on the Ferris wheel.

During the five-month season, Wheeler drew 40,000 ticketed riders on the Ferris wheel and around 100,000 total visitors to district, which was open Monday through Saturday.

While the image of a Ferris wheel rotating along the Oklahoma River is now ingrained into the vision of many local residents and visitors, not long ago the area was an abandoned airport.

Taking a page from urban design experts, the Wheeler team sought to create a purposeful place for their mixed-use development, which called for transforming a 150-acre inner-city area. They wanted a place where people of all ages and incomes, families, friends and couples could spend quality time, said Sam Day, Wheeler’s director of urban design.

“The hardest part in starting this is we are in the middle of nowhere,” Day said. “How do you get people to come? An attraction. If we just had the Ferris wheel, maybe people come, but they ride and then they are out of there. How do we get people to stay? … We had to create spaces that people wanted to dwell in and felt comfortable in.”

The Wheeler Ferris Wheel showed Oklahoma City what’s to come, building an audience of backers for the development that calls for 2,000 housing units in addition to office, retail and other commercial space constructed over the next two decades.

“The Ferris wheel has been a really great introduction to the type of culture we want to cultivate at Wheeler,” Terry said. “We are family-friendly and its relaxed, chilled and a lot of fun.”

Now, the first phase of construction, which includes rehabilitating the Art Deco former terminal building and constructing an array of housing options is set to begin within the next 60 days.

“Having a public planning process, people already feel ownership to the idea behind Wheeler,” Terry said. “We haven’t even built anything yet, but people are excited about it.”

The Wheeler team took an uncommon approach to its comprehensive district plan by inviting the public to submit ideas for the new neighborhood in a process they called “community charrette” back in 2014.

Overwhelmingly, people recommended the district retain its airport roots, suggesting the rehab of the terminal building and hanger.

In the first phase of the development, the 1947 terminal building stays and receives a much-needed rehab. It could reopen as a market and cafe. An array of housing and mixed-used structures will surround it.

In its efforts to meet the housing needs of people of all ages and incomes, the plan calls for tiny homes on wheels, apartments, townhouses and single-family homes. At least 20 percent of the housing will be deemed affordable living.

Such housing options creates a community where people can envision living their entire lives, Day said.

The first wave of residents and businesses are expected to move in by late 2018 and development should continue through 2030.

Earlier this year, the Oklahoma City Council approved a plan to create a $120 million tax increment financing (TIF) district for the Wheeler development, which is part of a large proposal known as the Western Gateway Project Plan.

Under state law, municipalities can access funds for economic development by forming a TIF district.

In the district, property taxes within its boundaries are frozen at existing level. Future growth, over a period of years, goes to the TIF fund for projects within the district.

Additionally, half of the funding will go towards public education with the construction of Western Gateway Elementary School.

It is estimated that the Wheeler project’s ad valorem tax increase will generate $11 million over the long term.

The total private investment in the area is projected at $576 million, according to the city’s financial impact report, which also states the plan spurs a “catalytic effect” for surrounding Oklahoma City south neighborhoods.

Saturday, when the Ferris wheel begins to spin for its second season, visitors will arrive to the district to find new amenities.

First, a new entrance was built to connect visitors from Western Avenue, as opposed to the old airpark entrance.

A new plaza area was created around public act, increasing the opportunity for visitors to take a seat or enjoy any one of 12 hammocks. Food trucks operate near the Ferris wheel.

While last season’s visitors often asked Terry what’s to come, this season it might be a little more obvious as construction begins south of the Ferris wheel.

Already, responses can be summed up in the saying, “I like what I see.”

“People here are generally excited about the direction the city is going,” Humphreys said. “From the beginning, all we’ve tried to be is a neighborhood that is part of the Oklahoma City story. When people celebrate Wheeler, they are really celebrating the city.”

Print headline: Rolling buzz, The creatives behind Wheeler District ready for phase one of its expansive development plans.