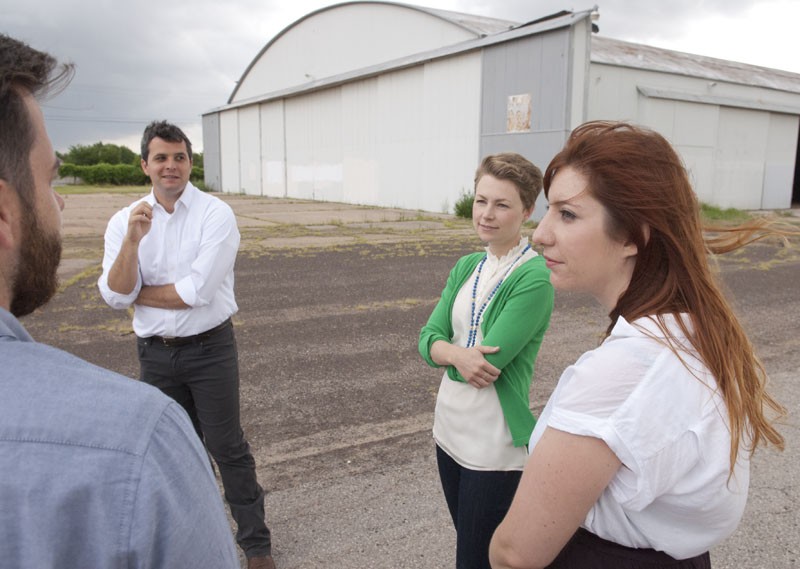 A new urban community being built from scratch continues to build momentum with the addition of a new project administrator.

The Wheeler District, a proposed neighborhood and development across the Oklahoma River from downtown Oklahoma City on the property of the old Downtown Airpark, launched a planning process last year with a series of public meetings and casting a vision for a walkable, bikeable and community-oriented neighborhood.

Blair Humphreys, a developer with The Humphreys Company, announced this month the addition of Ashley Terry as project administrator, a full time position that will provide executive support and coordinate communications, events and meetings.

“I think Ashley is really representative of not just our target market ... but also the values and the mission that we have for Wheeler,” Humphreys said. “This is a big project and there are a lot of moving pieces, so Ashley represents a first and really important step towards building a team that is capable of pulling off a really large project like this.”

Terry is completing her work as a hair stylist this week and will become the neighborhood’s first full time employee next Monday.

“Place making, walkability, urban design, public spaces, all of that has always been a huge passion of mine,” Terry said. “My work with Better Block, H&8th [Night Market], [Live on the] Plaza, those things have not only helped me realize my passion but increased it.”

Terry’s volunteer work with various organizations that work to improve urban livability has given her experience in the specific characteristics Wheeler District hopes to offer, Humphreys said.

“I think the things she has been involved with speaks to the spirit of Wheeler,” Humphreys said.

Humphreys said he hopes to break ground on residential development later this year with the first residents moving in sometime in 2016. This year will also see the addition of a new Ferris Wheel that is currently being refurbished in a Kansas warehouse.