Who helps officers when tragedy strikes? 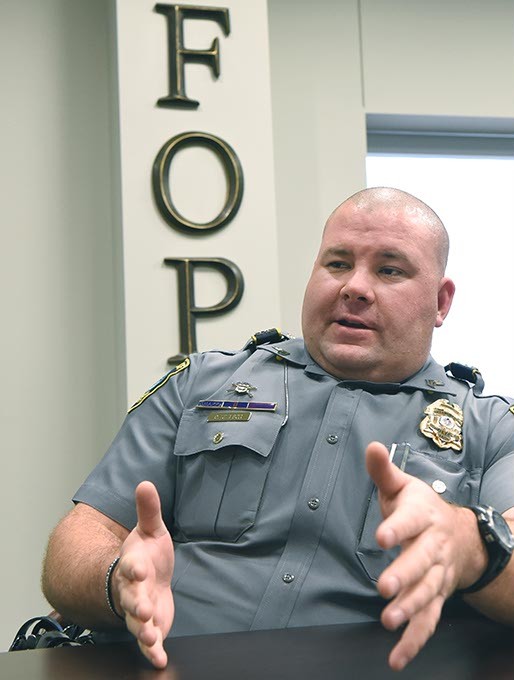 The May 20, 2013, tornado will never escape the memory of Oklahoma City Police Sgt. Cody Koelsch.

Koelsch, along with his wife and 5-week-old daughter, rode out the storm in the cellar for about 10 minutes, but it felt longer as the wind howled and dust swept through cracks.

After the storm passed, the family made their way out of the cellar.

“I didn’t recognize anything,” said Koelsch, who lived a quarter mile from the destroyed Briarwood Elementary School in south OKC. “I had a Chevy Z71 pickup parked in my driveway that was now in the cul-de-sac a few hundred feet away. I didn’t recognize it, and I was totally lost. But then, I had to go into cop mode.”

He started with moving debris away from his neighbor’s tornado shelter to free the door for opening. From that moment on, Koelsch performed rescue efforts to help his fellow neighbors. Most were unaware the devastation they experienced was similar to Koelsch’s. His house was destroyed.

After hours spent as a first responder, a supervisor noticed Koelsch’s emotions were running high. There seemed to be something else going on. He told the supervisor, who then shared that his home was lost to a tornado 14 years earlier.

“He told me, ‘People are going to want to help you, and you are going to have to take it. If you don’t take it, you will offend people,’” Koelsch said. “Being a person who helps others, it is hard to ask for help. Harder [than] ask[ing] is to take it.”

That was the guidance Koelsch needed when the chaplain of the Oklahoma City Fraternal Order of Police (FOP), Lodge 123, came to his mother-in-law’s house with a $1,000 donation check to help his family. It was the first in a long list of donations that came his family’s way.

The FOP check prompted the formation of the lodge’s foundation, a specific aspect of the FOP that aids officers and their families after injury, death and disaster and in other times of need. The funds for Koelsch and other storm-affected officers came from professional basketball player Thabo Sefolosha, who was an Oklahoma City Thunder player at the time of the storm.

“Having each others’ back doesn’t end when we take off the uniform,” said Mark Nelson, FOP vice president. “It carries 24/7. If we can help another brother or sister, then that’s what we want to do.”

In Oklahoma City, officers have looked out for each other since the inception of the police force. No one understands daily, on-the-job dangers, challenges and emotions better than fellow officers, said Maj. Sgt. Greg Clouse of the Oklahoma City Police Department (OKCPD).

In 1983, OKCPD leaders and the FOP launched Cops Helping Alleviate Police Problems (CHAPPS), a unique program with a specific goal to help officers involved in shooting situations. Through peer support, officers aid one another with emotional, tangible and informational support during a time of crisis.

“The reality is the profession of law enforcement has done an excellent job of training officers for threats, shootings and dangerous situations,” Clouse said. “Profession-wide, we’ve never done a great job at preparing [officers] for the psychological effects of the job. That’s what we are here for.”

CHAPPS addresses post-shooting trauma but also works with those experiencing everyday job stress. Officers can stop by Clouse’s office at any time to talk. If the conversation goes toward family, finances, health or anything else, that’s no problem.

In the event of an officer-involved shooting, CHAPPS responds. Volunteer officers and trained spouses arrive at the scene. Volunteers stay with the officer through the investigation, including scene walk-throughs, debriefings, detective interviews and ballistics processing. The CHAPPS program checks in on the officer days, weeks and months after the event.

A ministry began in July, and officers’ family members welcomed the addition.

“We’ve heard comments, ‘Wished you would have had this earlier,’” Clouse said. “It puts them in the loop instead of out.”

Since OKCPD launched the CHAPPS program, law enforcement agencies across the nation have looked to Oklahoma City for guidance in launching similar programs. 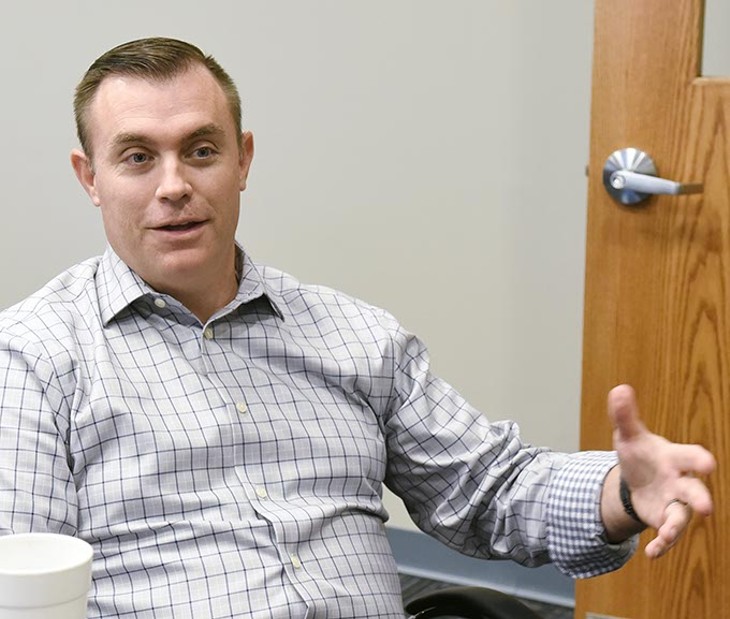 Statistics suggest that a career in law enforcement is safer today than in past decades. However, the FBI reported that 51 officers were feloniously killed in the line of duty in 2014. That’s nearly double the year before.

In addition to the dangers, the job now comes with the added pressure of media and public criticism as officer-involved shootings in Chicago; Minneapolis, Minnesota; and Ferguson, Missouri, draw headlines, social media reaction and protests.

“Siting in the light that we are with the media, you throw that stress on top and it makes it challenging to do the job,” Clouse said.

The media is closely watching. Both The Washington Post and the United Kingdom’s The Guardian launched databases to count the people killed by U.S. law enforcement. The Post tallied 944 people shot dead by police from Jan. 1 through Dec. 21, with 32 occurring in Oklahoma.

The Guardian recorded 1,001 people killed by police during that same time. Data shows Oklahoma had 38 deaths. Three people were killed by Tasers, and one was struck by an officer’s vehicle.

Since the beginning of 2015, 133 officers were killed in the line of dusty, according to Officer Down Memorial Page Inc., a Virginia-based nonprofit group that maintains a database of law enforcement, prison officers and police dogs killed in the line of duty in America, Canada, central Europe, New Zealand and Australia. One of the officers was Oklahoma Highway Patrol Trooper Nicholas Dees, who was struck and killed Jan. 31 by a vehicle east of Shawnee, the state’s first law enforcement fatality of 2015.

Greg Giltner, a trained OKCPS police officer who serves as chaplain and meets with officers regularly about their experiences on and off-duty, is also housed near the CHAPPS’ office.

The services of CHAPPS and the chaplain aren’t well-known outside of law enforcement circles, but Clouse and Giltner say that’s not because the services haven’t proven their worth. Another aspect of their duty is to change the mindset of their fellow officers, especially the ones who might not be inclined to seek help.

“Officers are the last ones to ask for help themselves,” Giltner said. “They are supposed to be the strong ones — bulletproof. … At the end of the day, they’re just humans doing a job.”

At the FOP lodge, Nelson expressed a similar sentiment.

“It is the big tragedies to the little things,” Nelson said. “The stresses of this job add up. If we can ease it, just a little bit, I think we’ve accomplished what we set out to do.”

Learn about the programs mentioned in this story.

Print headline: Behind the badge, When tragedy strikes, officers are there to help. Who steps up when officers go through tough times?