Wiggle Out Loud fest is fun set to music 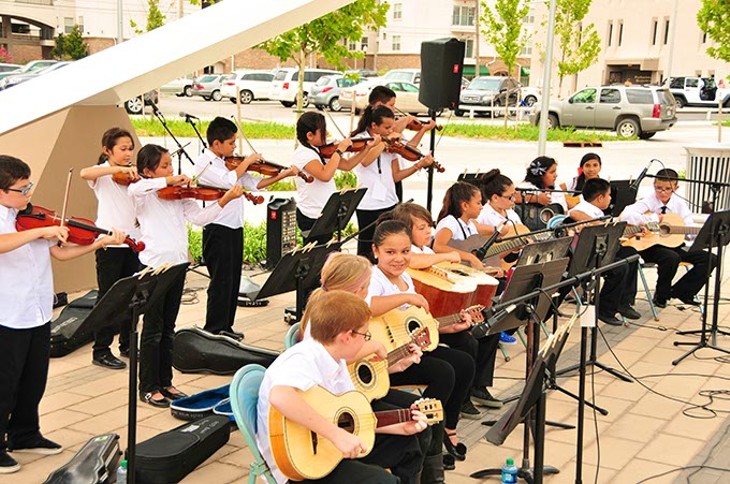 For many of Oklahoma’s youth, the Sugar Free Allstars have been staples of their musical diets since their first taste of rice cereal.

Musician Chris “Boom!” Wiser, founder of Oklahoma City’s Wiggle Out Loud and frontman of the Sugar Free Allstars, says he wouldn’t have it any other way.

After several transitions in the band’s lineup since its formation in 2000, today’s Grammy Award-winning Sugar Free Allstars feature just Wiser and his partner Rob “Dr. Rock” Martin as their own kindie rock duo. Although the original band started out playing bars and other venues, it wasn’t long before the pair realized their music was popular with people of all ages.

Today, the Sugar Free Allstars duo, now both in their early to mid-40s, are constantly on the road during the summer months, playing kindie rock coast to coast.

“My three-and-a-half-year-old son has just started getting into our shows,” Wiser said. “Before that, he just wanted to run around, but now he knows some of the songs and he’s up there and dancing. He’s connected to the music.”

As the Sugar Free Allstars toured more family-friendly music festivals, Wiser said their desire to bring a similar festival for universal audiences back to their hometown grew through the years.

“Other music festivals we’ve played are ticketed and charge people,” he said. “It was important to us that our outdoor music festival be free to music lovers of all ages in our hometown. We also want to promote movement, creativity and healthy living.

“All the food-truck vendors at the festival will have healthy options. We’ll also have two stages. The main stage will feature five national, regional and Oklahoma-based bands, while the community stage will feature musical performances by local children’s groups, from high-school ages and younger.”

One of the festival’s headliners is Genevieve Goings, the songstress train conductor from Disney Junior’s Choo Choo Soul TV series.

She will perform songs from her new solo album Do You Know? as well as favorites from the two Choo Choo Soul albums and Disney’s classic sing- alongs.

“Genevieve Goings and Choo Choo Soul have been providing musical shorts on Disney Junior for a while now, and any parents with a kid age 8 or so are like, ‘Oh yeah!’ when they find out she’s coming,” Wiser said.

Wiser appreciates the generosity of the festival’s sponsors, volunteers and supporters.

“Oklahoma City is a fun, exciting and cool place to live and raise a family,” he said. “Last year, the parents absolutely loved the Wiggle Out Loud music festival. It is because of the community’s overwhelming support that we can prepare for more good things still to come.”

Wiser said Swedberg is a personal friend and a well-known actress in Hollywood.

Seinfeld TV fans will most likely remember her as the ill-fated future bride of George Costanza who died after licking cheap envelopes that her future groom bought to save money on sending out their wedding invites. 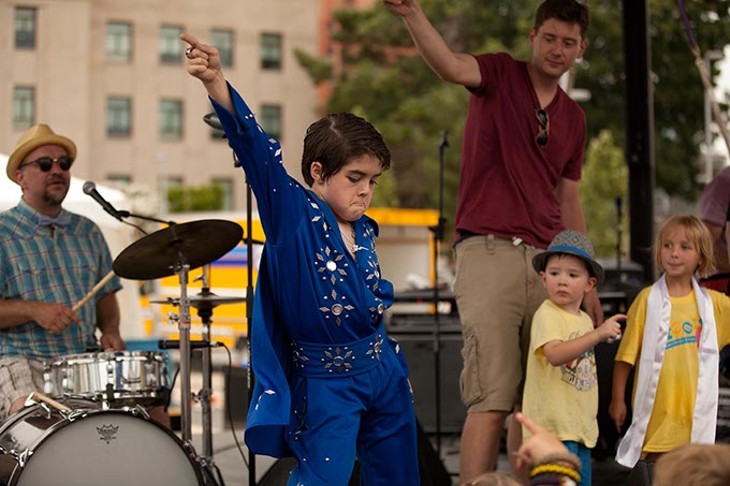 Meanwhile, performances on the community stage performers will include the Cleveland Elementary Bulldog Bellringers Bell Choir at 12:50 p.m., the OK Youth Orchestra’s “Rockin’ Strings” at 2 p.m. and the Granville School of Music at 3:10 p.m., followed by the Race Dance Company at 4:30 p.m.

Another treat for attendees includes the instrument playground hosted by Oklahoma City Orchestra League and Oklahoma City Philharmonic. There will also be a Garage Band tent provided by the University of Central Oklahoma’s Academy of Contemporary Music. The music therapy department at Southwestern Oklahoma State University will lead a freeform drum circle and stomp experience.

Wiggle Out Loud will also host a kayaking demonstration by the Oklahoma City Riversport facilities throughout the day. Attendees are welcome to shoot hoops with members of the Douglass High School basketball team at the Party Galaxy Bus. An array of movement activities backed by the fun musical performances will include mom and baby yoga at 11 a.m. and a sports course (ages 7 and older) and Tippi Toes dance class at 11:45 a.m. Afterward, there will be a bicycle demonstration by DNA Racing and physical education activities for ages 3-4 at 12:30 p.m. and Zumba for kids at 1:15 p.m.

A second Tippi Toes dance class will be held at 2 p.m., followed by parachute games at 2:45 p.m. Children of all ages may then “Pound with Drumsticks” at 3:30 p.m., and parent/child yoga will be held at 4:15 p.m. The fest’s relays and jump-rope games begin at 5 p.m., along with a Hula-Hoop contest and dancing with Choo Choo Soul at 5:45 p.m.

“Last year was more successful than we could have imagined,” Wiser said. “The BabyMobile, a mobile formula, food and diaper pantry run by Infant Crisis Services, will also be on-site collecting donations. 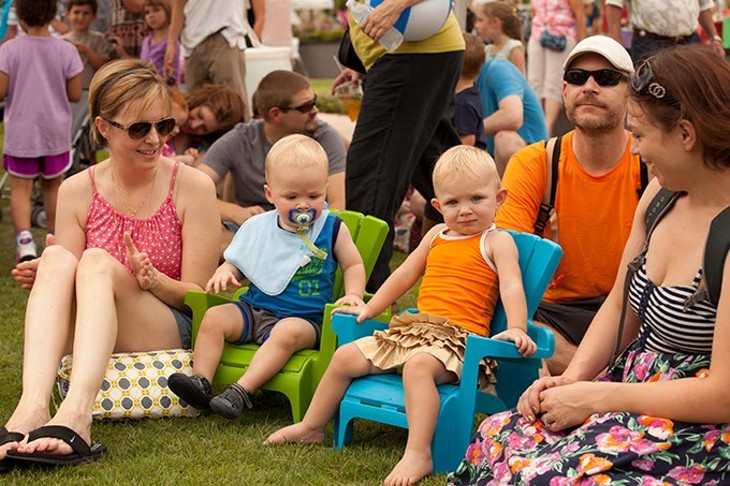 Wiggle and shout: A local festival gives youth opportunities to be active and enjoy live music.