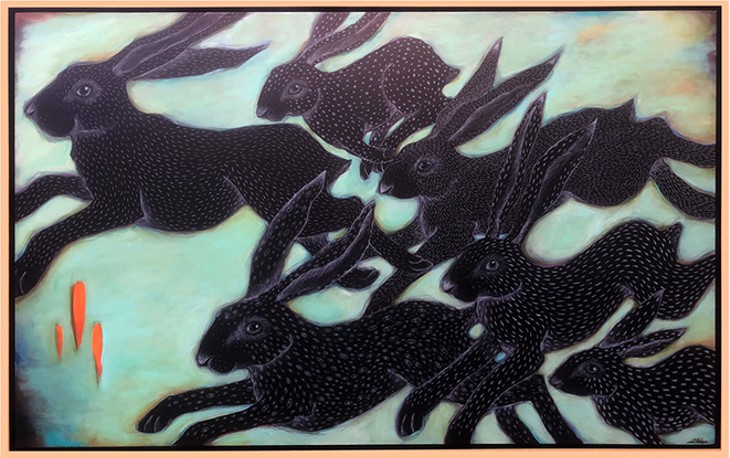 A series of mixed-media paintings from Dallas-based artist Gorham, who has previously shown wooden and bronze sculptures at JRB, shows a different side of the artist, said JRB owner Joy Reed Belt.

“Before, primarily what I’ve had of hers are the figures,” Belt said. “There have been a couple of faces, the whole body and the face. And these images we have from her now that we will be showing are surreal, realistic moths and animals. This is much more about animals than humans.”

The paintings show animals such as rabbits and coyotes in motion, Belt said, but in order to fully appreciate them, a viewer should stop for more than a passing glimpse. The intricate details in the moths’ wings, for example, reward further examination.

“If you look, you see eyes in it, you see faces in it,” Belt said. “What looks like an X-like pattern on the wings, if you look at it, really, is an assemblage of realistic things. But you really have to study it. Then you see the eyes looking at you, and you see different things, and you see human faces. That makes it interesting. That draws you in. Then you’re not only looking at shape and color. Then you’re looking for form. Good art draws you in. You don’t see everything the first glance. That’s why there’s art in museums that people study for centuries. Why is Mona Lisa smiling? How many suggestions have there been about that over the years?”

Viewing and appreciating art is a subjective experience, Belt said, for gallery visitors and owners alike.

“Usually you’re identifying artists that you’re interested in, that you see something about them that interests you,” Belt said, describing the process for choosing artists to exhibit. “You see a body of work, they sent you slides or images and you’ve looked at them and there’s been something in those images that speaks to you. For a gallery to acquire art and select art is not terribly unlike an individual selecting art.” 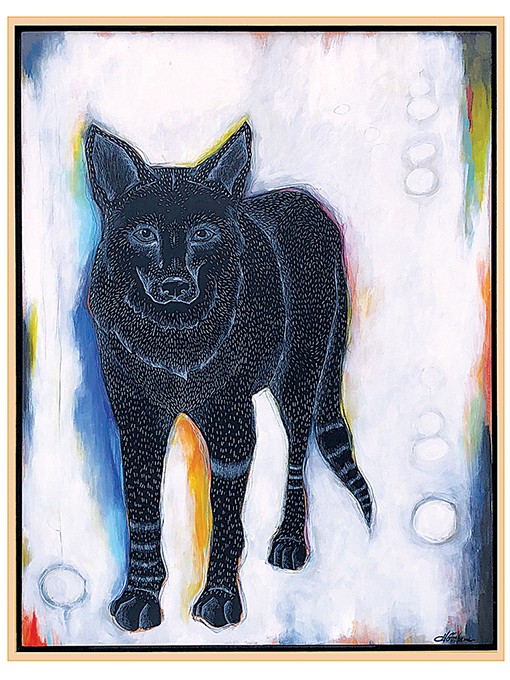 Belt said she found the paintings in Gorham’s latest exhibition intriguing because of the personality on display.

“Heather also has a bit of humor about her,” Belt said. “She’s got this one painting of a black crow, and there’s all these little circles on the painting and if you look, the crow has a pencil in his beak. Her work has always had a little humor in it, a surprise element to it. I like to show her every few years to see how she’s developing and how it’s working, and she has built up a little following that like to see her work.”

The inspiration behind Hackler’s metal butterflies, however, is more serious, Belt said. In 1996, the artist and her son Thomas were surrounded by monarch butterflies in a memory that took on special significance after Hackler’s son died.

“This is her third installation using the imagery of butterflies,” Belt said. “I saw her first installation, and I was very taken with it, so I started watching her. And she has dedicated her work to her son and to another child. It’s about grief, it’s about love, it’s about being mortal because she lost a son. So these butterflies, as they move on and enter the universe, represent that theme. ... She’s talking about transitioning and, I think, the ultimate transition in life, death.”

Hackler’s butterflies are also on display at Oklahoma City Zoological Park and Botanical Garden, but the works included in IM/Mortal are coated in vitreous enamel, made by melting powdered glass, which gives their colors an ethereal quality, Belt said, but also required the gallery to request the work more than a year in advance. 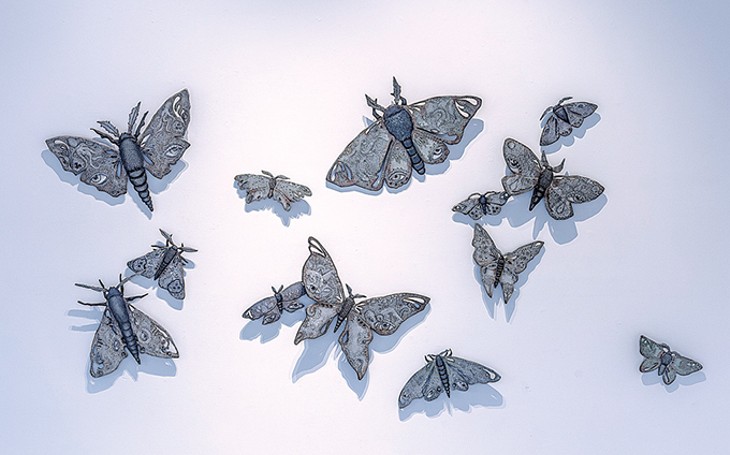 “Her process is so labor-intensive, it takes a really long time,” Belt said. “I’ve been waiting a while to have a show of hers. … She has to shape the metal, then coat the metal, then let it dry, then paint the glass.”

Hackler will be onsite 2-3 p.m. Aug. 25 to demonstrate her working methods as part of JRB’s free Beyond Art series. Upon seeing Hackler’s work for the first time, Belt said she was struck by its artistry but had no idea of the tragic backstory behind it.

“I just saw it as art,” Belt said. “I didn’t stop to find out why she was doing butterflies. I just thought to myself, ‘I love butterflies.’”

"For a gallery to acquire art and select art is not terribly unlike an individual selecting art." — Joy Reed Belt tweet this

But, as the exhibition’s name suggests, IM/Mortal’s butterflies are designed and arranged in a way that indicates a greater significance beyond pure aesthetic beauty and skilled craftsmanship, Belt said.

“I think the way they’re placed affects me,” Belt said, “because your eye moves with where they’re placed. And she has been very deliberate about her placement. If you know what this is about, you begin to see these patterns, then your imagination takes over. It’s mortal. It’s a migratory experience when you think about how as mortal human beings we have that same migratory experience of our life that the butterfly has in such a brief amount of time.”