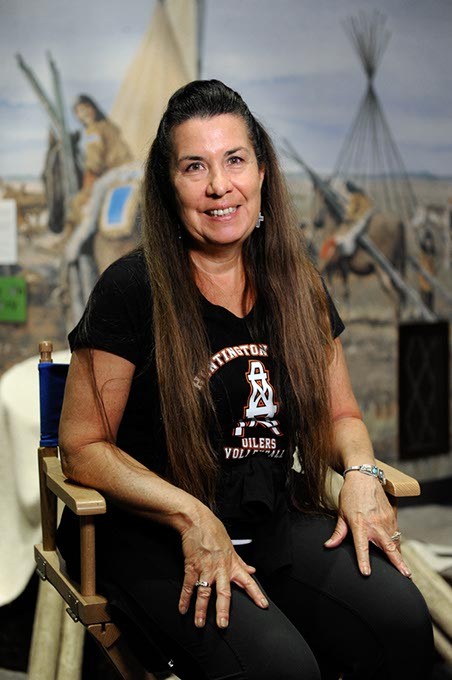 “She was just so humble,” said director Valerie Red-Horse. “It was never about her, so I’m trying to honor her message.”

With funding from Kickstarter and PBS, Red-Horse is working with producer Gale Anne Hurd — best known for co-writing The Terminator and producing The Walking Dead — to tell the story of the Tahlequah native who became the first female Principal Chief of the Cherokee Nation.

Mankiller is one of a handful of women being considered for the $10 bill. Rightly recognized as a leader and a best-selling author, she was posthumously awarded the Presidential Medal of Freedom, but her greatest achievement was helping her tribe establish better relations with the U.S. government.

“What we saw in Wilma was mirrored in her work,” Red-Horse said. “She always found the positive in the negative.”

Rather than dwell on the broken promises made to the Cherokee Nation, Red-Horse said, Mankiller was driven to see what changes would improve lives then and in the future. And she had a truly cooperative spirit as well.

“She could move beyond the personal politics,” she said. “Rather than fighting, it was about how we fix things together.”

That’s what makes Mankiller’s life and legacy so relevant today and what spurred Hurd and Red-Horse to action. In a country divided by partisan politics and an us-vs.-them culture, her career is a case study in working together toward a common cause.

“Her legacy was reintroducing hope and self-determinism to people without robust economic opportunities,” he said. “That isn’t just native peoples. It’s a challenge that spans societies.”

Born into a family of poverty, Mankiller showed others how to lift themselves up, how to own their voices and forge their own path, Hannah said.

She was also an inspiration to Cherokee women like Red-Horse. Her perseverance helped drive many to pursue their passions no matter where they began in life.

And though they never met, Red-Horse said she feels such a kinship with Mankiller that sometimes it’s almost as if she can hear her voice. She hopes the documentary will memorialize Mankiller and help continue her work.

Filming and editing will wrap up this year, as the completed project is due before 2016. Mankiller is expected to receive a national broadcast on PBS next year.

Print headline: Capturing Mankiller, A documentary on the accomplishments of Cherokee Chief Wilma Mankiller is being filmed as officials consider her for the $10 bill.