In an industry dominated by men, Oklahoma women are committing to the arduous task of becoming sommeliers, both in retail and restaurant professions.

The numbers can be a little surprising to people outside the industry, but women have been grossly underrepresented in wine professions.

Our state, which has an unusually high number of restaurants per capita, has only one master sommelier: Randa Warren of Tulsa.

Warren said that the path to certification is open to everyone and gender, although a complicating factor, is not a limitation.

“I tell students they have to be willing to study like all day, to read note cards all day, to spend vacations on education and to spend your income on cases of wine to taste. If you do that, you can achieve any certification.”

She owns a liquor store in Tulsa and spends a good part of her time writing about and educating consumers about wine. She is one of less than two dozen women in the world to achieve the title of master sommelier, a task that required a decade of learning, studying, traveling and tasting. There are 214 master sommeliers worldwide, and women account for only about 10 percent of that number, according to the Court of Master Sommeliers.

Also, there are four tiers of certification for sommeliers: introductory, certified, advanced and master, Warren said.

The levels increase in difficulty and the amount of time required to earn each level. Training is overseen by the Court of Master Sommeliers, an international organization founded in 1977 to strengthen standards of beverage service in dining establishments and hotels, chiefly in regard to wine and food pairing.

The only woman in the room

Amie Hendrickson, a level two certified sommelier at Edmond Wine Shop, 1520 S. Boulevard, in Edmond, began her career 16 years ago, when she took a job as a holiday salesperson at the shop. She has never left.

Hendrickson said she was the only woman in the room when she sat for the test to become a certified sommelier in 2012.

“At that time, there were just over 1,000 certified female sommeliers in the U.S.,” Hendrickson said.

Today, she estimates there are around 3,600.

“More and more ladies are finding their way into the industry, and I’ve seen the numbers grow over the years,” she said.

Still, the numbers are not even close to parity, and that is partly because the industry has a long tradition of male dominance. Overall certification numbers, both locally and internationally, are harder to come by, Hendrickson said.

Kasi Shelton, former sommelier at Oklahoma City Golf and Country Club, moved to Manhattan, New York, to continue her wine education. Recently, she moved back to the OKC metro and is working with a restaurant group on their plans to open a restaurant in the downtown area next year.

She added insight into the foothold women have made in this industry.

“In New York City, I found restaurants that would only hire male servers, but the industry is changing,” Shelton said. “Many New York restaurants found that their wine sales increased when they hired female sommeliers.”

However, Hendrickson said she also has noticed a lack of women in the industry at the higher professional levels, both in retail and restaurant businesses, and that she doesn’t get to work with many on a regular basis.

“I think at this level, it’s more about motivating yourself and staying disciplined,” she said. “I’ve never experienced discrimination from other professionals as a woman, but I have from customers.” 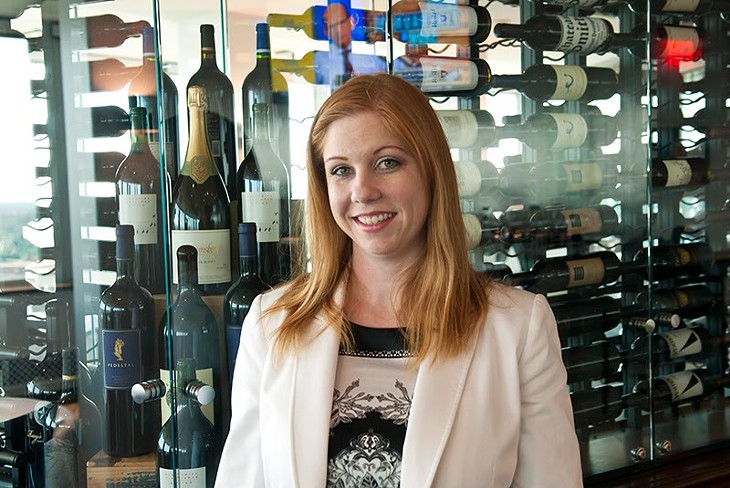 “When I worked for Wolfgang Puck’s in L.A., they didn’t care about certifications,” Magers said. “They cared about knowledge.”

Magers sat for the certified sommelier exams this month in Tulsa and could know her results as soon as late October. She said the process has been fairly slow because the wine culture in Oklahoma is different than other places she has worked, including Dallas and Austin.

“We don’t have the camaraderie here we did in those places,” she said. “There is a shortage of women in the profession here, and I do think it is a bit harder for people to take you seriously as a woman.”

Print headline: Wine and women: There are few female wine experts in Oklahoma, but the culture is changing.