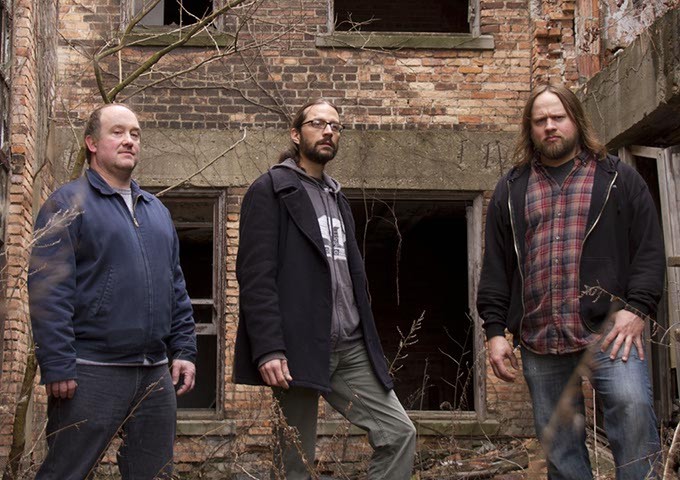 It is hard to glance at the cover of Wisconsin-based stoner rock band Droids Attack’s latest album Sci-Fi or Die and not take notice.

The art resembles a diamond-in-the-rough science-fiction dime novel cover depicting an ancient pyramid launching like a rocket into outer space. Inside illustrations further explore the album’s theme of ancient alien civilization, including a UFO airport and a doom-predicting Mayan calendar hidden under the CD.

“I like to think of an album as one cohesive piece of art,” said band guitarist and vocalist Brad Van. “One song will blend into the next one, and the themes will tie into each other.” 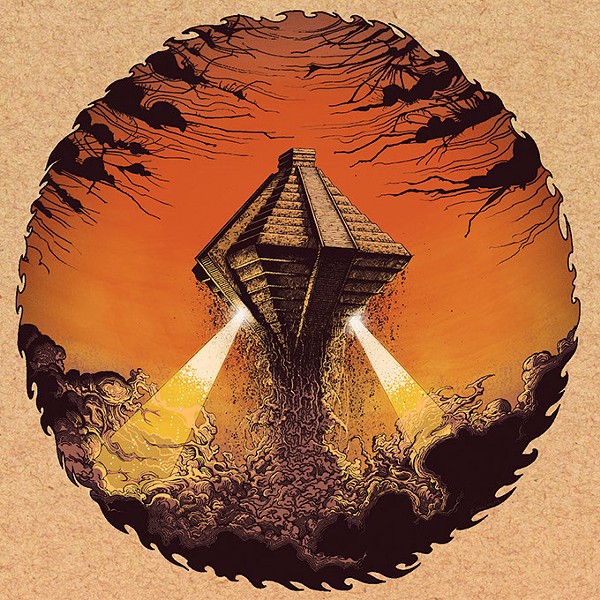 Brungraber shared his passion and often volunteered his house as storage space as Van collected dozens of game cabinets.

Gamer and arcade influences are also intertwined with the band’s often lighthearted music. Droids Attack’s first album, 2004’s All Your Chicks Are Belong to Us, is a nerdy nod to one of the first widespread internet memes. The band followed up with studio projects Fatal/Error in 2007 and Must Destroy in 2010.

Sci-Fi or Die arrived six years later. Van said personnel changes and a variety of personal issues had delayed the project’s completion, but fans were overjoyed when it was released.

“That’s cool,” Van said of the response. “I’m glad people are [eager] to hear new stuff and that they like us enough to care.”

“We don’t push it,” Van said. “We don’t like to pressure ourselves and say, ‘You’ve got to have a new album next year.’ It flows, and whatever works best for us is what we do.”

Even so, fans probably won’t have to wait quite as long for Droids Attack’s fifth album, as most of the new material is written and recorded. Still, Van won’t cop to a projected release date.

“I think we’re about ready to start putting the final touches on it, but there’s no telling when it’s going to come out,” he said. “It all just has to make sense with our personal schedules.”