Oklahomans are hungry. Get beyond the statistics about how much our residents weigh and the glut of fast food chains clogging our corners and you’ll find a disturbing number of Oklahomans who go to bed hungry at night. Last year, Regional Food Bank of Oklahoma (RFBO) distributed almost 50 million pounds of food.

And it wasn’t enough.

Every day, more than 656,000 Oklahomans struggle with food insecurity. A quarter of the children in the state have inconsistent access to food.

A challenge this big takes a lot of planning and help to address, said Angie Doss, RFBO marketing and communications director. Providing enough food to feed 116,000 people each week means finding ways to stretch every dollar.

“We have software that tracks everything coming in and out of the warehouse,” she said.

The system ensures food goes out before it expires. Another system helps workers pack boxes with maximum efficiency. 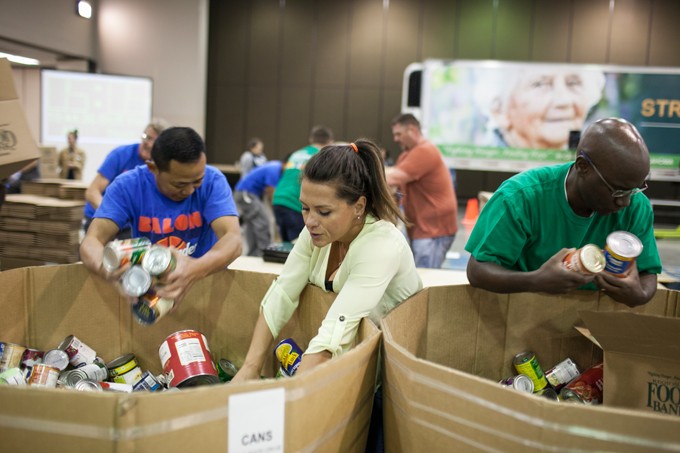 Administrative costs are a huge drain for many nonprofits, taking up 15-20 percent of their budgets.

“We have a baler for cardboard, and we get financial donations back for that and recycling plastic,” she said. “We’re always looking for cost savings.”

Food donations are always welcome, but RFBO does best with monetary gifts. The organization has learned to leverage funds better than the most seasoned shoppers.

“We have one gentleman who helps us work with other food banks to buy in bulk,” Doss said. “Every dollar we receive [from Oklahoma City Restaurant Week] can provide the equivalent of five meals.”

The political climate is chilly for those receiving food aid, but Doss said there are a lot of misconceptions about who RFBO feeds.

“The clients we serve are mostly children, seniors and families,” she said. “A lot of our clients had jobs, but when they lost them, they went through their savings and now they need help.”

Seniors in the program are likely living off as little as $500 a month and have to choose between eating and taking the right medications.

To help tamp down on some of the stigma attached to receiving food help, Doss said, the food bank is opening pantries that look more like grocery stores.

“It helps with a number of things,” she said. “Rather than a one-meal-fits-all solution, choosing foods themselves can address dietary needs, allergies and diabetes.”

For the parents of picky eaters, it’s a great relief to be able to choose foods the kids will eat.

“It also makes the clients feel good,” she said. “They’re treated with dignity.”

The pantry also puts a focus on fresh vegetables, fruits and meats, giving those in need healthier options. 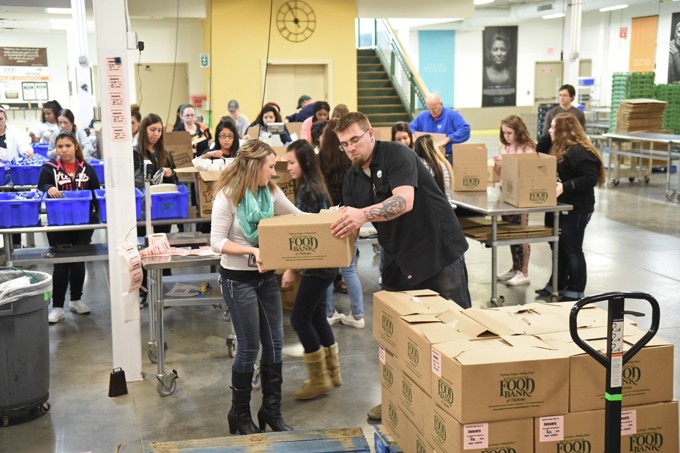 Those who want to help but can’t afford to donate financially — either directly or through Oklahoma City Restaurant Week — can still make an enormous difference with their time, Doss said.

Almost 34,000 people volunteered for the nonprofit in the last fiscal year, tallying up 130,000 hours of work, the equivalent of $2.8 million in labor costs. Simply sorting and packing makes a big difference, she said. About 20 percent of the food processed by Regional Food Bank is put together by volunteers.

Some of that work goes into packing backpacks full of food for hungry students as well. Though youths might qualify for free school lunch, many continue struggling to stay fed during evenings and weekends.

Doss said everyone at RFBO is excited to be a part of Oklahoma City Restaurant Week, and she’s already planning her culinary itinerary in celebration.

“Rococo has one of the best crabcakes in the city,” she said. “And Panang is my favorite Thai food. I haven’t tried the new location yet.”

At the end of the week, almost four dozen participating venues will donate the allotted funds from prix fixe meals sold to RFBO.

For an organization that helps feed more than 100,000 Oklahomans a week, Oklahoma City Restaurant Week might just be the cherry on top.

See our guide in this week's print issue or visit okcrestaurantweek.com.