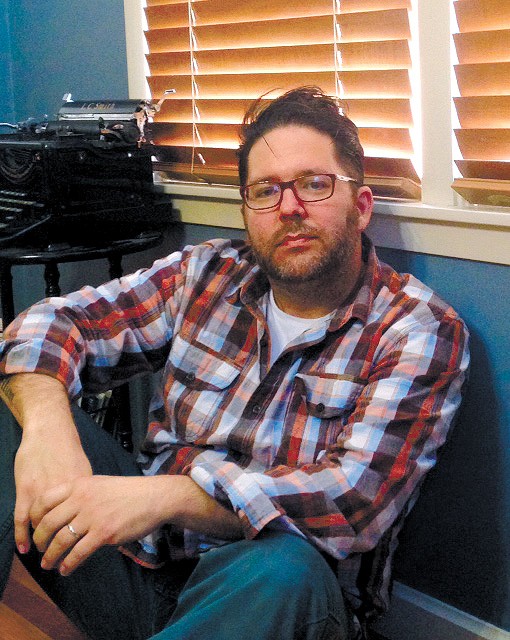 Writer, professor and social worker are all professions that require skillful observation and empathy, and they’re also all positions that Oklahoma-born novelist Brandon Hobson has held. In his new novel, Where the Dead Sit Talking, out Feb. 20 through Soho Press, Hobson puts those skills to use in the story of Sequoyah, a Cherokee teenager living in 1980s Oklahoma who finds himself in the foster care system.

Alongside foster siblings Rosemary and George, Sequoyah discovers much more about himself than he might have thought. Questions of individual identity, Native American heritage and gender occupy him, as do the darker currents of obsession and the temptations of illegal money.

Hobson, a literature and creative writing professor at Northern Oklahoma College in Tonkawa who will sign copies of Where the Dead Sit Talking at 6:30 p.m. Thursday at Full Circle Bookstore, 1900 Northwest Expressway, spoke with Oklahoma Gazette about his life, career, writing process and new novel. Questions and answers have been edited and condensed for clarity.

Oklahoma Gazette: How did this novel come to be? Was there an initial inspiration?

Hobson: It started with an image in my head. The image was a man at a gravesite… We get a sense at the very beginning that he’s looking back on this one event, which really is when he spent time in a foster family in northeastern Oklahoma, near Tulsa. He tells us right away that a girl died that was living in the house.

He grew very close to this girl — obsessively close, almost dangerously close. In a way, there’s what I hope is a sort of urgency, or almost mystery, as to her death.

The key to this book was that there was a really strong, youthful voice in Sequoyah, the main character, the narrator. I’ve always been drawn to strong, youthful voices as a reader: Holden Caulfield in The Catcher in the Rye, Scout in To Kill a Mockingbird, Jeffrey Cartwright in Edwin Mullhouse: [The Life and Death of an American Writer, 1943-1954, by Jeffrey Cartwright], which was written by Steven Millhauser.

OKG: What came after that inspiration? How did you find the story from there?

Hobson: I think you just have to write through until you find the story. That sometimes takes a great deal of time. I think that’s one of the reasons why people spend years writing on novels. 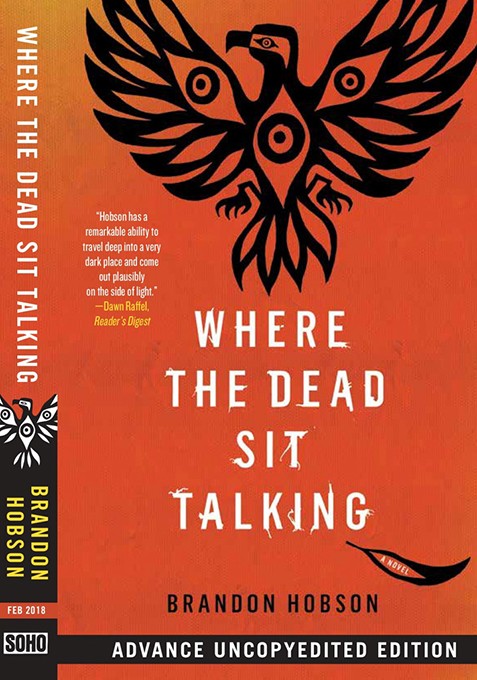 OKG: There are many different elements of identity in the novel: Native American heritage, gender and the foster care system. How did you juggle all of these?

Hobson: It was really hard. In Oklahoma, we have such a large Native American culture in the state, with all of our tribes, and I myself am a member of the Cherokee Tribe. I’ve been around it my whole life, and I wanted to provide a voice of a youthful narrator who was Native American but yet was also going through the same struggles that, regardless of race, teenagers go through.

OKG: Why did you set the novel in the 1980s? Did that change your treatment of identity issues?

Hobson: I was a kid in the ’80s. The good thing about writing in the past is that you don’t have to worry about problems of writing about technology and texting and all that kind of stuff. There were a lot of cultural references to music. I think about when I was a kid. Mainly punk and new wave ’80s bands — that was fun to write.

Even though gender, right now, is becoming a lot more accepting in our country, these kinds of questions of identity and gender and so forth have always been around.

OKG: Did your experiences as a social worker inform how you wrote this novel, about children in the foster care system?

Sequoyah is a boy whose mother is a single parent. I just think it’s a very common problem that a kid is placed in foster care because of a parent dealing with a substance abuse issue or a criminal issue. The question is, How do you deal with that? I wanted to explore that.

OKG: Did you find it easy to write about the state where you live?

Hobson: I found it easy. The town is a mythical town. I wanted to write an Oklahoma book because I’m from here. We have a lot of really great writers in Oklahoma. I’m just always astounded by the level that people are writing on in this state. A lot of that comes out of their roots, from Oklahoma. We have really well-established writers who are here: Rilla Askew, [Constance] Squires.

OKG: Do you know what’s next for you? Are you working on anything yet?

Hobson: I have started something new, and we’ll see where it goes. It will be a little while before I’m able to talk about it.