With new album in the works, Tanya Tucker hits the road 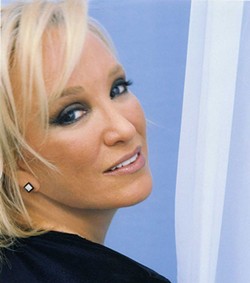 It has been a long road back to the spotlight for country music superstar Tanya Tucker. She first hit the Billboard charts at age 13 with her 1972 album debut, Delta Dawn.

Not long after that, she was on the cover of Rolling Stone and has been turning heads ever since.

Tucker’s songs have stood the test of time, and she has changed her style to reflect each new trend in country music, from 1970s story songs like “Lizzie and the Rain Man” to ’80s power-ballads “Love Me Like You Used To” and the ’90s-era “Down to My Last Teardrop.”

But life caught up with the Country Music Award-winner a few years ago when she lost her father and manager, Beau Tucker. Then, in 2012, her mother died. That’s when she said it was time to step away and regroup to figure out the next phase of her life and career.

“We are never prepared for this time in our lives,” Tucker said in a recent interview with Oklahoma Gazette. “We know it’s coming, and we are never ready for losing a parent. The past few years, I have been going through a struggle with depression, but I am trying to get back in the saddle. That saddle is a little squeaky right now, but I’m getting there.”

Tucker brings her new band and impressive roster of hits to Oklahoma’s Downstream Casino Resort, 69300 Nee Road, in Quapaw for one show with Travis Tritt on Friday. It’s a short road trip up the turnpike to see two of country music’s living legends.

“Oklahoma has always been one of the best states for us to perform in,” Tucker said. “My dad was from Coalgate, so I am proud to say I have a little Okie running through my veins. It will be so good to come back and see everyone.”

The past few years have been a bit of a blur, Tucker said. She spent some of it traveling with her youngest daughter, seeing the sights, riding horses and clearing her head.

Ultimately, she said it was her fans that encouraged her to get back on stage.

“I realized I needed to be performing, using the talents God gave me. So when I said I was coming back, all hell broke loose,” she said. “I have a new management company, a new team, a new band.”

“The album will be out soon ... I hope radio plays it. I’ll just make sure it’s so good they have to play it,” Tucker said. “I am looking forward to seeing everyone in Oklahoma. If I was a crying girl, I’d be crying right now. I love every one of y’all.”